‘Surely he’s dead by now!’: Moment a beheaded, skinned and gutted rattlesnake surprises Texas hunters as it uncoils and wriggles around while cooking on a grill

Texas hunters got a stomach-turning surprise when a dead rattlesnake appeared to come back to life while being cooked on an outdoor grill.

Rick Nolan shared a video showing the beheaded, skinned and gutted snake uncoil and wriggle as it sears on the heat, alongside dove and pork backstrap.

The footage, which the 64-year-old posted on Facebook, has been viewed by around 3.2 million viewers in three weeks. 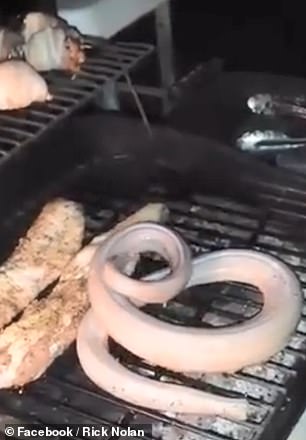 Rick Nolan posted a viral video showing how he had trouble cooking rattlesnake. Three Texas men battled to contain the 4ft serpent that was killed earlier 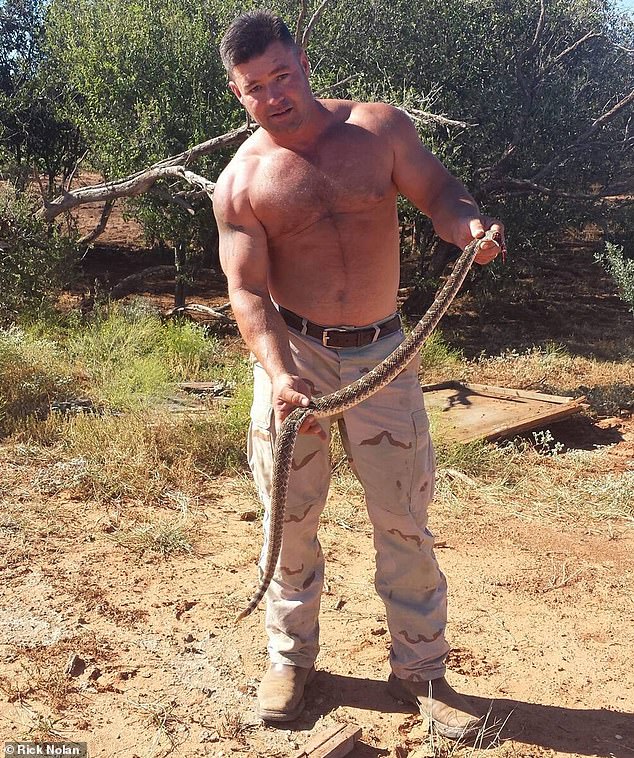 In the video, Nolan’s son Tim handles the snake – estimated to be four feet long – which was slayed with a knife, skinned and gutted by family friend ‘Big John’ Washburn, saying: ‘That’s fresh right there.’

Footage of the struggle to keep it on heat got 3.2 million views in the space of three weeks. They joked the headless snake was ‘trying to strike’ despite being dead 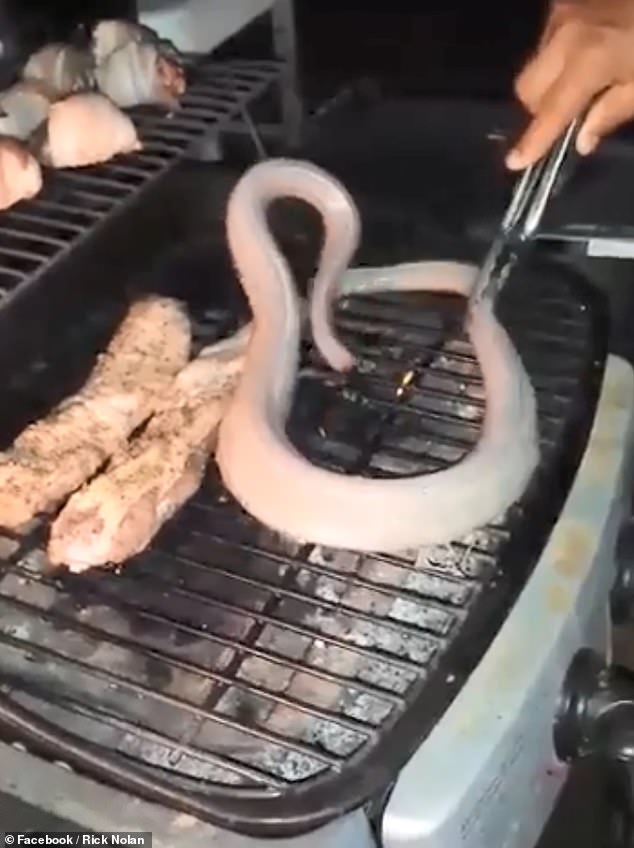 The three men had clearly had trouble taming the snake before they began recording the baffling moment in the Texan city of Childress.

‘Eventually he’s gonna die,’ one of the men says, to which another responds: ‘Surely he’s dead by now!’

Snakes can retain their reflexes after dying as their nerves continue to function.

Despite repeatedly trying to put the uncoiled snake back onto the grill using tongs and his hand, the men could not make sense of the spectacle. 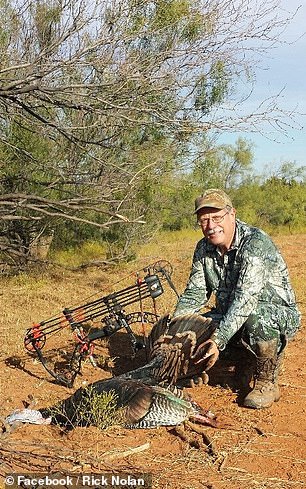 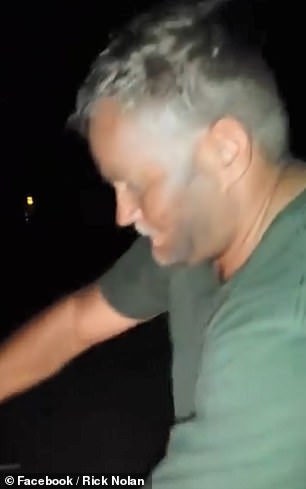 Tim Nolan (pictured right) said it didn’t taste great after all the trouble but ‘filled a hole’. Father Rick Nolan is pictured left

‘Them boys ain’t got good sense,’ Nolan told Fort Worth Star Telegram about his son and Washburn.

Social media users commented with their horrified reactions and suggested ways to tackle the problem, including chopping it into smaller pieces.

But the battle between man and dead snake wasn’t entirely worth it according to Tim, who his father described on social media as ‘quite the snake cook’.

Referred to as ‘desert whitefish’, the taste can be compared to tilapia.

‘It would fill a hole,’ the Terrel resident said about the meal. ‘But that’s about it.’

Many people suggested ways to tackle the problem, including chopping it into smaller pieces