A father was horrified after claiming live cockroaches crawled out of a pack of bananas he was preparing for his children.

Graham Hancock said  the bugs ‘came running out’ of his newly-purchased bag of Asda bananas when he was making a snack for his children.

Revolting pictures show an enormous cockroach and other insects lurking inside the bag.

The disgusted father immediately phoned Asda’s Burnley branch to complain but claims staff told him: ‘Unfortunately, this happens. Please return them and we will swap them for you.’ 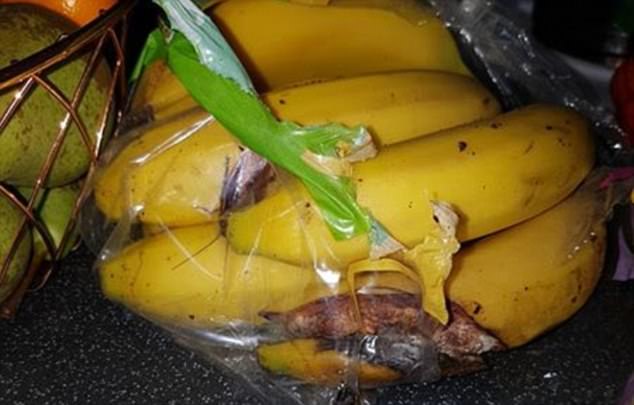 Mr Hancock also claims that a member of staff at the Burnley store told him when he phoned up to complain that ‘unfortunately, this happens’

Writing on the Burnley Buy – Sell – Swap Facebook page, Mr Hancock said: ‘Just been to Asda, Burnley and opened the bananas for the kids and this is what was inside the package.’

‘Just be careful when getting fruit from there.’

He told Mirror Online: ‘We opened the bag at home to give the children one, as it was the kids bananas that ASDA do.

‘There was a mouldy banana and they came running out when we opened the bag.

‘We won’t be getting fruit their again.’

An Asda spokesman told MailOnline: ‘We sell around one billion bananas every year and each and every one is washed, sprayed and manually checked for quality and stowaways before being transported to the UK.

‘We pride ourselves on high food standards and haven’t received any further complaints of this nature.

‘We are investigating to see what happened, but we understand Mr Hancock’s concerns and will be in contact with him to find a resolution.’