A deer struggled for hours swinging in the air from his antlers after they were snared in a climbing rope hung from a tree.

The panicking fallow deer buck was trapped when the rope tangled around his antlers in Skenfrith, Monmouthshire, Wales.

His struggle was caught on camera by passers-by in a forest at a country house park and the RSPCA were alerted to rescue it.

The deer was stuck for hours with all four legs hanging off the ground at points while trapped in the rope in Hilston Park.

A deer struggles to escape his antlers were snared in a climbing rope hung from a tree in Skenfrith, Monmouthshire, Wales 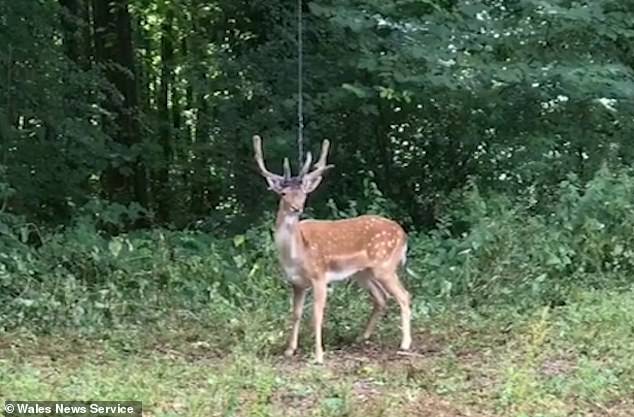 In the video, the deer thrashes to the side trying to escape the pull of the rope attached to his antlers.

He runs towards the forest behind but is pulled up into the air as the rope swings it back.

The deer stops, looking at the camera, before running to the side again and being pulled up onto its hind legs.

He continues to try and run in different directions, with his back legs kicking forwards at points as his whole body is lifted into the air. 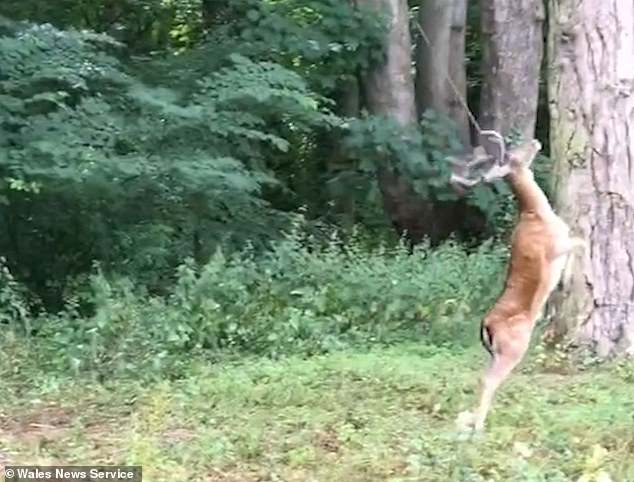 He runs from side to side trying to escape the pull of the rope, causing it to swing onto its hind legs

The RSPCA said: ‘Members of the public spotted the deer and contacted the RSPCA, but they avoided watching him too closely, as they reported this was making the buck even more distressed.’

The 10-stone buck remained conscious but ‘calmed down’ after the tranquilliser, which wore off after 20 minutes.

RSPCA officers were then able to remove the rope from his antlers before guiding the animal to a safe spot to be released.

Inspector Evans said: ‘This unfortunate deer buck was in a terrible mess – hopelessly tangled to a climbing rope at Hilston Park. 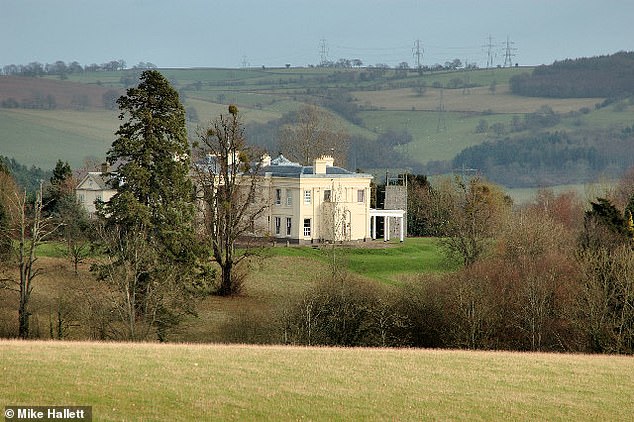 ‘We’re grateful to members of the public who alerted us to the buck’s plight. He was very distressed, but fortunately we were able to safely tranquilise and help the deer.

‘It was still a really tough and awkward job – as the deer buck was panicked, and pumped full of adrenaline – so the drugs had only a marginal impact.

‘But we were able to safely untangle the rope, and guide him away from a nearby lake towards some undergrowth, so he could regain full consciousness safely and away from further hazards.

‘This story is a reminder as to the risks many outdoor objects – like this climbing rope – pose to wildlife.

‘That’s why it’s so important to monitor them. The RSPCA website contains advice on living alongside or around wildlife.’