This is the moment four teens in Minnesota crashed a stolen Kia against the median of an interstate before frantically running across traffic in an attempt to avoid arrest.

The incident may be part of a troubling TikTok trend that has promoted and instructed on ways of hotwiring Kia and Hyundai vehicles with as little as a USB cable.

Law enforcement agencies across the country have raised concerns about the trend, which began on TikTok in 2021 courtesy of a Milwaukee based group known as the ‘Kia Boyz.’

The thefts generally involve Kia’s newer than 2011 and Hyundai’s newer than 2015. The cars typically do not have immobilizers and can be accessed through backdoors without setting off alarms.

This most recent incident occurred in St. Paul, Minnesota, on Saturday afternoon along Interstate 35E Northbound. 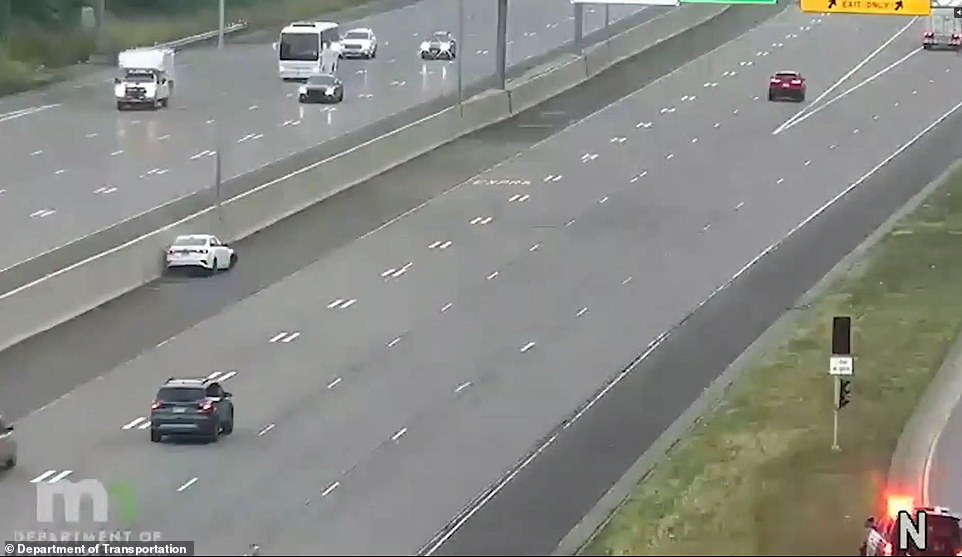 Eventually, the Kia hits the median along Interstate 35E before it begins smoking 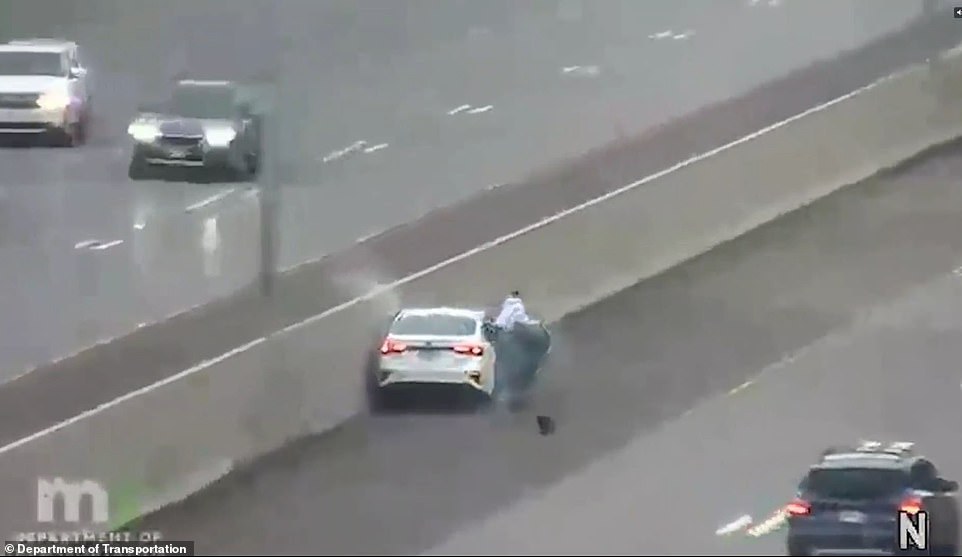 As the car starts to smoke, the teenage driver of the car abandoned the car 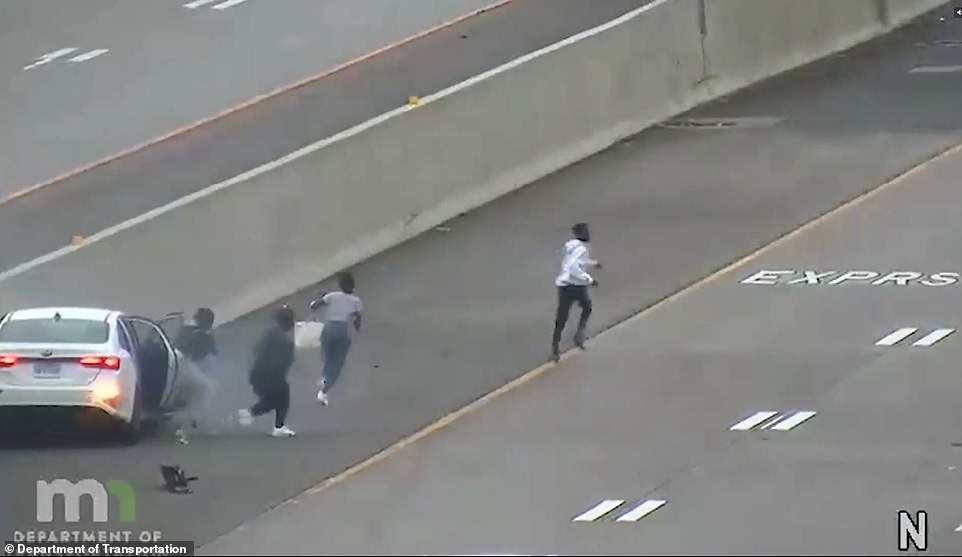 According to Fox 9, the driver was trying to evade police tire deflation device when he began running up against the wall.

The video shows the car smoking and the four teens, a 14-year-old boy, and three girls ages 15-17, running across the busy highway. All four were eventually arrested by state troopers.

One girl is seen running into a black SUV as the group heads towards the off ramp. Two of the girls suffered injuries and were treated in a local hospital.

St. Paul Police Public Information Officer Mike Ernster told Fox 9 that around 5:30 pm on August 6, police received a call from a Minneapolis rental company who said that a 2021 Kia Forte had been stolen. The GPS indicated that the car was in St. Paul.

A state police helicopter was deployed and quickly located the car in a residential area in the city. Police cruisers went to the area and converged on the Kia.

Ernster said at that point, the teen driver sped away through the area and eventually on to the highway. The state police helicopter remained in pursuit. 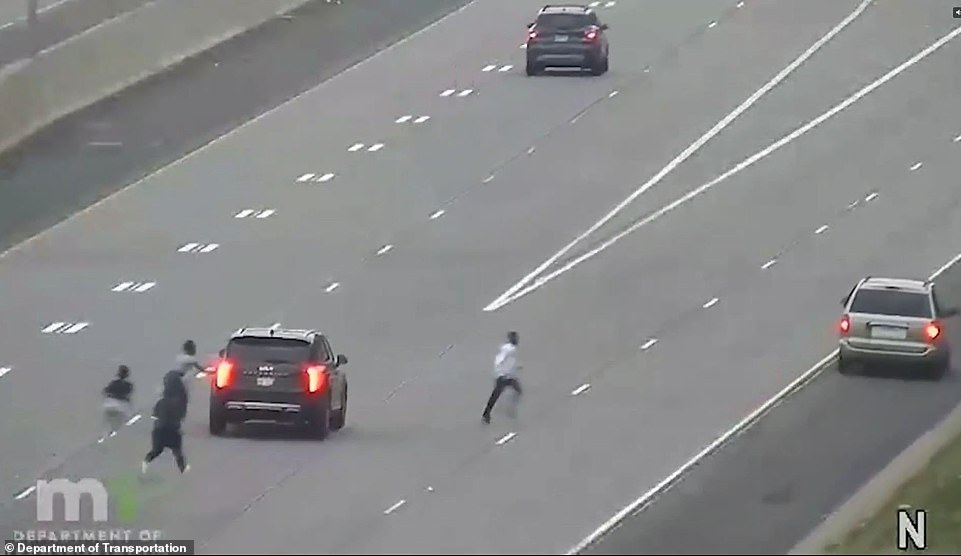 The video shows one teenage girl being hit by an SUV. According to police, two teenage girls were treated for minor injuries at a local hospital

The crash in the video occurred around 15 minutes after the car was first located.

This style of theft is thought to have originated in Wisconsin beginning in 2021. As how-to videos spread on social media showing usually teenagers stealing the cars and crashing or dumping them before they are arrested.

In June, Fox 9 reported that across the Twin Cities there was an uptick in Kia and Hyundai thefts.

At the time a woman who had just bought a Kia Sol only to see it stolen and written off just outside of her home in Minneapolis, told the station that had she known how easy it was to steal the cars, she would have bought something different.

A ‘Kia Boyz’ style theft was linked to the death of a 70-year-old woman named Phoua Hang who was killed when the car she was traveling was slammed into by a stolen Kia, reports TwinCities.com. 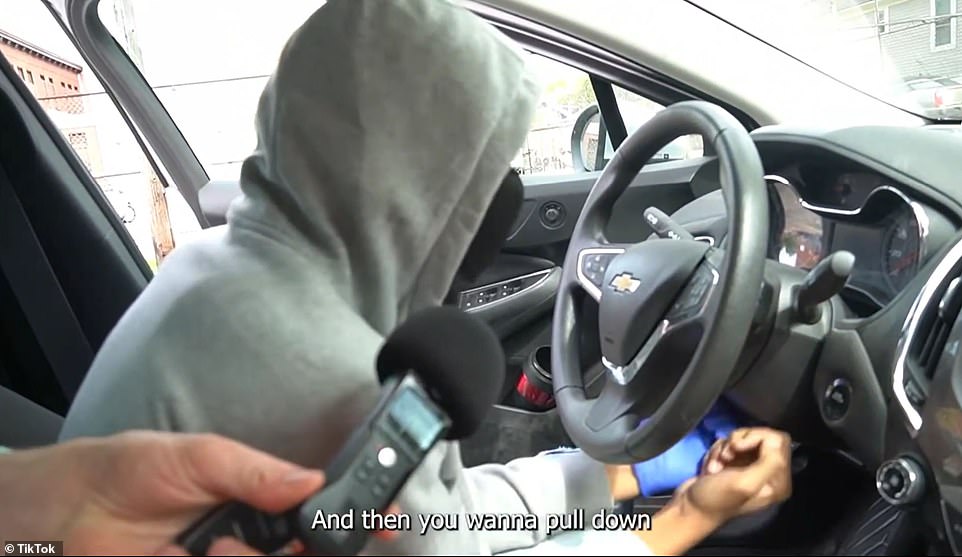 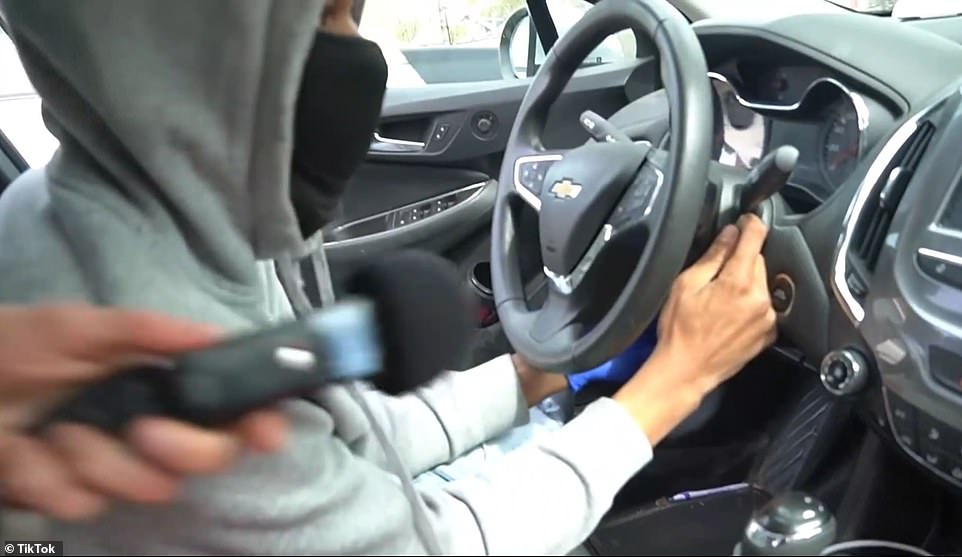 The issue is a particularly bad in Milwaukee, Wisconsin, where ‘Kia Boyz’ related thefts account for two thirds of the city’s stolen cars

At the time of writing there have been no arrests in relation to Hang’s death.

The issue is a particularly bad in Milwaukee, Wisconsin, where ‘Kia Boyz’ related thefts account for two thirds of the city’s stolen cars. It’s gotten so bad in Milwaukee that authorities have advised Kia and Hyundai owners to buy steering wheel locks or to invest in an a more advanced security systems.

In May, WISN reported that one member of the ‘Kia Boyz’, 19-year-old Antonio Carter was accused of pointing a ‘long gun’ at a police officer as he attempted to arrest him.

Carter was also accused of driving the stolen red Kia at 90 miles per hour in the ‘wrong lanes of travel’ in city.

At the time of his arrest, Carter was out on bail in two open felony cases.

The raft of thefts was so rampant towards the end of 2021 that the Milwaukee’s city council, the Milwaukee City Attorney openly said that their office was looking into filing a lawsuit against Hyundai and Kia over how apparently easy it was to steal their cars.

KTVZ quoted a city alderman saying during a council meeting that 50 percent of the thieves are under the age of 16 and that the crimes rarely resulted in prosecutions.

Grand Rapids Police Chief Eric Winstrom told Michigan Live in July: ‘Most of the offenders are juveniles, so you throw the curveball in there of, ‘Yes, we can arrest them,’ but what sort of accountability are the kids facing and what sort of services are available to make sure that this isn’t a catch-and-release and they’re back out in the morning and doing it again.’

The Auto News article reports that there has been a significant increase in the Korean cars in other cities such as Cincinnati, Memphis and Grand Rapids.

The Columbus Dispatch in Ohio reported in July that Hyundai and Kia thefts accounts for four of 10 vehicles stolen in 2022. By comparison, in 2021 Hyundai and Kia’s made up just 10 percent of car thefts, according to the Dispatch.

On July 25, two 14-year-olds were killed in the city when they crashed their stolen Hyundai, reports ABC 6.

Kia said in a press release that as of 2022, all of their new cars will come equipped with an immobilizer in order to prevent thefts.

In a statement on the thefts Kia said: ‘Kia America is aware of the rise in vehicle thefts of a subset of trim levels. All 2022 models and trims have an immobilizer applied either at the beginning of the year or as a running change.

‘All Kia vehicles for sale in the U.S. meet or exceed Federal Motor Vehicle Safety Standards. Kia customers with questions regarding their Kia vehicle should contact the Consumer Assistance center directly at 1-800-333-4542.’

While Hyundai said: ‘”Hyundai Motor America is concerned with the rise in local auto thefts. The safety and well-being of our customers and the community is and will remain our top priority.

‘These vehicles meet or exceed Federal Motor Vehicle Safety Standards and engine immobilizers are standard equipment on all new Hyundai vehicles. Hyundai customers who have questions can always contact the Hyundai Consumer Assistance Center at 800-633-5151.’