‘I can confirm I am alive!’ Cricket World Cup fan who leapt into air at England’s victory then crashed to Earth in a heap assures fans she’s OK

Elated fans jumped for joy as the England cricket team clinched their victory against New Zealand yesterday in the World Cup final.

And one woman appeared to jump a little higher than the rest before dramatically falling and disappearing below the crowd.

The mysterious ‘woman in the brown top’ has now been revealed as Rachael Porsz – an enthusiastic cricket supporter who certainly wore her emotions on her sleeve as England won their first World Cup.

Ms Porsz took to Twitter to confirm she was okay after the incredible fall that left eagle-eyed viewers speculating what happened to her, with some joking that she still hasn’t reached the ground.

She said: ‘I can confirm that I am alive. Thanks for everyone’s concern.’ 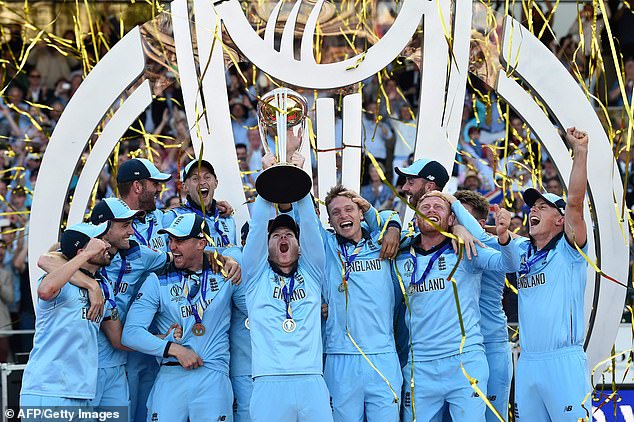 Elated fans jumped for joy as the England cricket team clinched their victory against New Zealand yesterday in the World Cup final. But one woman’s celebration stood out more than most 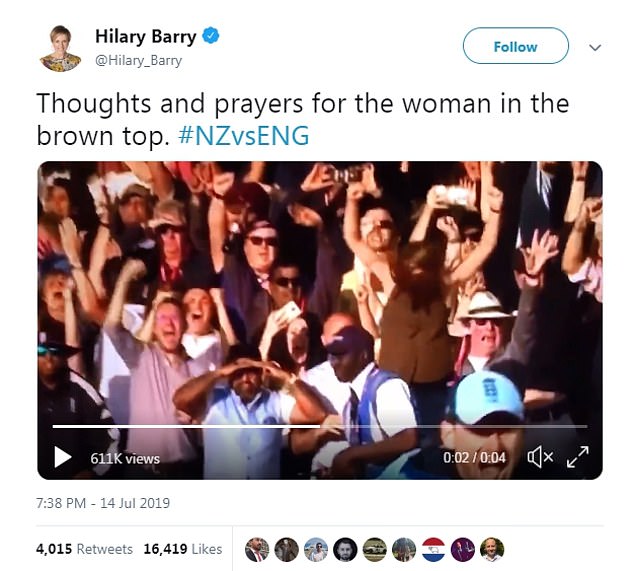 Soaring through the air, Ms Porsz seemed to clear fully grown men by at least two feet before plummeting toward the ground.

And fans were desperate to know whether she is okay after her tremendous descent.

New Zealand journalist Hilary Barry posted footage of the incident, which has been viewed 500,000 times, to her Twitter with the caption: ‘Thoughts and prayers for the woman in the brown top.’ 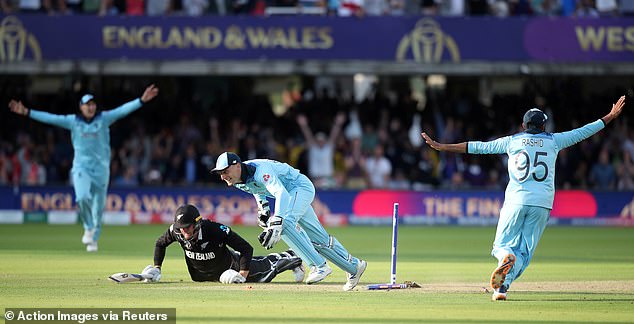 Hundreds of fans replied with theories of what happened, with some wondering whether she had ‘gone through a magical portal to New Zealand’.

Others joked that her dramatic rise and fall ‘represented New Zealand’s emotional ride in three seconds.’

And the ‘woman in the brown top’ wasn’t the only one to attract social media attention for an overwhelmed display of happiness at England’s win.

One enthusiastic grandmother couldn’t believe it when she realised England had won while she watched the match on TV at home. 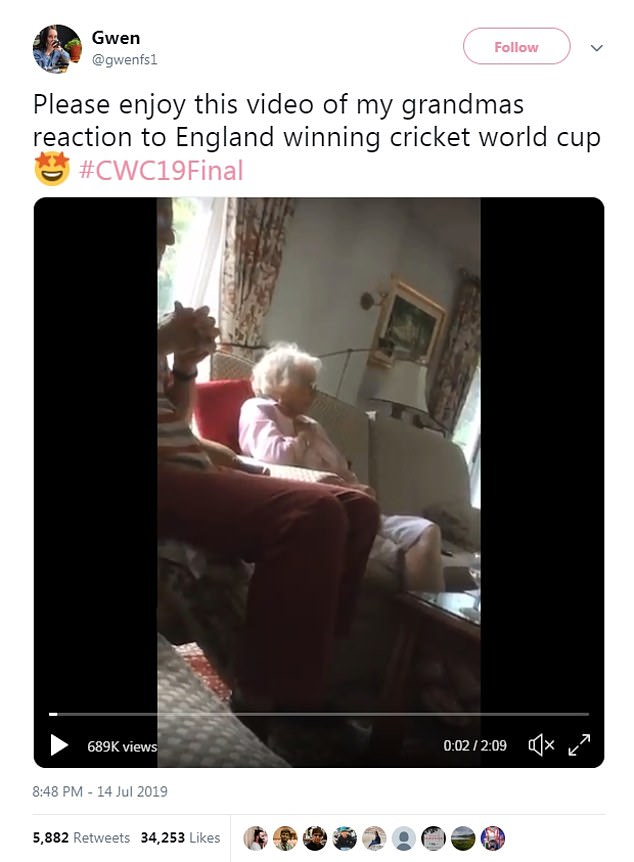 Gwen’s grandmother gained over 600,000 views for her lovable reaction to England’s cricket win where she said: ‘Have we won? I know he’s out. I think we’ve won’

Her granddaughter, known only as Gwen, took to Twitter to post the footage with the caption: ‘Please enjoy this video of my grandma’s reaction to England winning the cricket world cup’.

She then erupts into peals of laughter while cheering over England’s first ever World Cup victory.

Her grandson then walks over to her and gives her a hug and a kiss and she says: ‘I’m so happy George!.’

Unable to control her joy, the grandmother cannot stop laughing and sends the rest of her family into a fit of the giggles.

Finally she calms herself down at the end.

Her joyous reaction prompted one social media user to say: ‘She is the only one acting normally in that room.’