This is the remarkable moment a hero passerby smashed through a car window and carries an elderly lady to safety after she became trapped during Storm Bronagh.

The man, named as Richard Hamshaw, can be seen in the clip dragging the woman out of her car and carrying her to safety as flood water flows down the street.

Mr Hamshaw later revealed he was forced to smash the woman’s back window to get her out as water rapidly filled the car on a flooded road in Yorkshire.

He was alerted to her cries for help after noticing the sound of banging against the car window, before rushing back with a rope to smash his way inside.

‘We’ve just seen a car drive straight into water like she didn’t see it coming,’ he said. ‘Then her back end just started floating and we could hear her slapping at the window.

‘So we’ve gone up with the rope and smashed the back window and got her out the back of the car and then just got her out.’

Storm Bronagh, which is the second named storm of the season, caused torrential flooding on Thursday and left hundreds of other motorists stuck in their cars.

The Met Office warned of danger to life from flying debris and more heavy rainfall as with the storm peaked in the early hours of Friday morning.

The fierce tempest also caused mayhem overnight with ferocious 75mph winds and four inches of rain which robbed thousands of bemused Britons of a night’s sleep.

The incident comes after a Swiss woman who died in a freak accident when her caravan was blown down a ledge to the seashore during Storm Ali on Wednesday was identified as a mother-of-three who was visiting the area.

Elvira Ferrari, 56, had only arrived the previous day in Connemara, County Galway, when she got caught up in the violent storm which hit early yesterday morning bringing with it gusts of 102mph.

The tourist was one of two people to die in Storm Ali.

Matthew Campbell, from Belfast, died after he was hit by a tree. The man in his 20s was working on behalf of Northern Ireland Water, and a colleague in his 40s was injured in the incident.

The men were working for Lagan Construction Limited, on behalf of Northern Ireland Water, when the incident occurred.

A spokesperson for the firm said: ‘We are deeply saddened to confirm that one of our employees has passed away as a result of their injuries and that another employee has been seriously injured and is currently being treated in hospital. 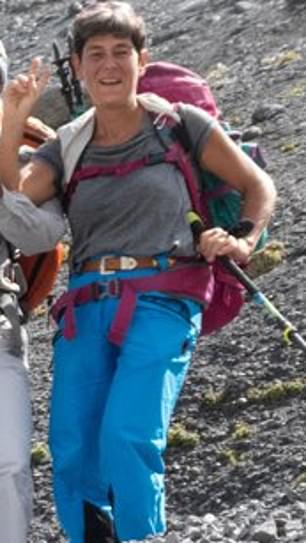 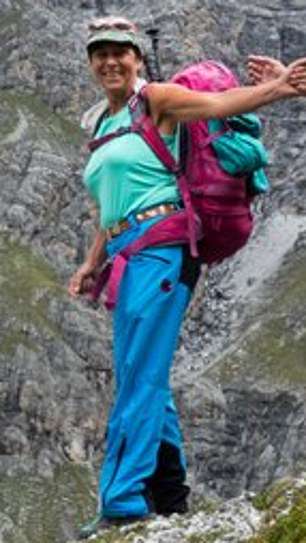 His former school, the Royal Belfast Academical Institute, have dedicated an award in his honour following his death.

Janet Williamson, his former principal, said: ‘When he left school, in 2012, the school established an award for attendance, which as of the 20 September 2018 is renamed ‘The Matthew Campbell Award for Outstanding Attendance’ and will be rewarded each year, in his memory.’

Also on Wednesday, a primary school pupil was rushed to hospital after being hit by a tree branch during Storm Ali while enjoying his lunch break in the playground.

The incident happened at Trinity Primary School in Edinburgh, at 1pm on Wednesday. A cordon was erected in the playground while investigations were carried out. 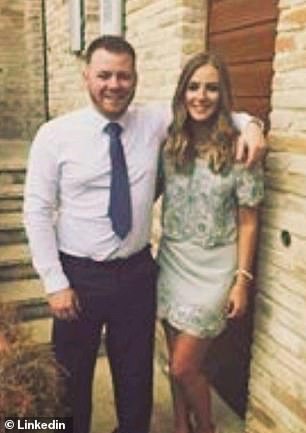 Matthew Campbell (pictured), from Belfast, died after he was hit by a tree

In Claddaghduff, it is understood that Ms Ferrari had only arrived in Connemara the previous day when she rented a bike. She then went to Clifden Eco Beach Camping and Caravan Park and rented a caravan.

Emergency services rushed to the scene at about 7.45am when the occupants of a mobile home on the site – popular with tourists on the Wild Atlantic Way – spotted the caravan being whisked towards the sea.

The caravan in which Ms Ferrari was sleeping was dislodged from its moorings, although a tent nearby was undisturbed by the storm. The caravan plunged 20ft to 30ft onto the beach and later became submerged.

Members of Clifden Fire Brigade, Gardai and the Cleggan Coast Guard were on the scene quickly but could not save the woman. Her body was discovered on the beach and was taken to hospital for a post mortem examination.

Speaking from Switzerland, her friend Rolf Weber said: ‘I am deeply shocked. This is just so tragic. I saw her two days before she left for Ireland in August. She was excited about her trip. She was off to learn English.

‘She wanted to travel more. We got a message from her last Sunday, 16th September 2018, saying that she has left for a three-day trip to Clifton [sic] after finishing her English Studies.’

Her belongings, including a bicycle helmet, were strewn along the beach. Ms Ferrari was a health worker who had done studies into Alzheimer’s disease. She lived in an apartment in Steinmaur, in the canton of Zurich.

She departed for Ireland on August 26 for a five-week trip to attend an English language course and go travelling. President Michael D Higgins was among the first to offer his condolences to her family yesterday.

The death shocked the remote area of Connemara where substantial damage was caused by Storm Ali to houses, trees and roads. More than 15,000 houses were without power in County Galway, with dozens of schools closed.