An off-duty nurse save a man’s life after after he lost control of his vehicle and crashed into her home in Kissimmee, Florida.

Carmen Roman was inside her property Thursday when a minivan lost control near an intersection.

In surveillance footage, the car is seen driving over a neighbor’s lawn before crossing sideways across the street and into Roman’s home.

A man in Kissimmee, Florida drove through resident’s yard before plowing into the side of Carmen Roman’s home on July 25 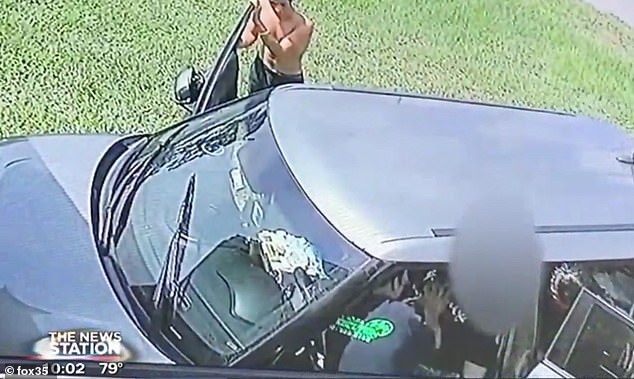 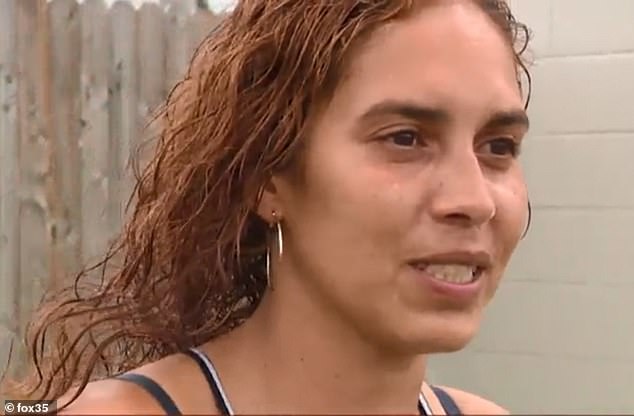 Roman: ‘It feels awesome. My kids are so proud, they’re like “Momma’s a hero!”‘

Roman rushed outside to see what happened and that’s when she noticed the man behind the wheel was unresponsive.

‘No pulse, no heartbeat,’ she said.

‘A couple of seconds after [I started] he came back alive,’ Roman said.

In the footage, the man can later be seen walking out of the wreckage with emergency crews.

While the driver was able to walk away, Roman’s home sustained damage from the collision.

The car damaged Roman’s house, putting a hole inside her wall and pushing the wall insulation into her bathroom

Luckily, neither she nor her children were inside the bathroom at the time of the collision

‘The inside of the house is all coming out,’ she said. ‘The whole insulation from the wall is in my bathroom.’

Luckily, no one was inside the bathroom at the time.

Many people are praising Roman’s quick thinking, including her children.

‘It feels awesome. My kids are so proud, they’re like “Momma’s a hero!”

‘If I’m in the moment, and I know I can do something, I will react. Like I said, I just love to help people.’

The incident is currently under investigation.