Fancy footwork! Painful moment man falls headfirst down his porch stairs after finding tricks on his skateboard easier seconds before

Skateboarders are famed for their agility and grace when pulling off tricks.

But one man in Almonte, Ontario, proved even the coolest boarders can be clumsy when he fell down his stairs.

Hilarious footage taken on a house front camera shows the man screaming out as he fell down his porch steps after doing a few tricks in his front yard in Canada. 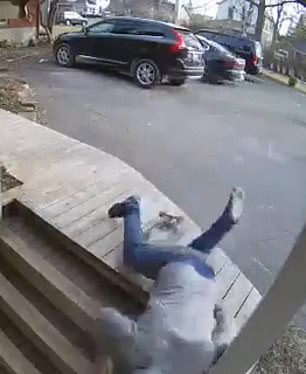 A skateboarder trips down his porch stairs seconds after doing tricks in his front yard in Almonte, Ontario, Canada 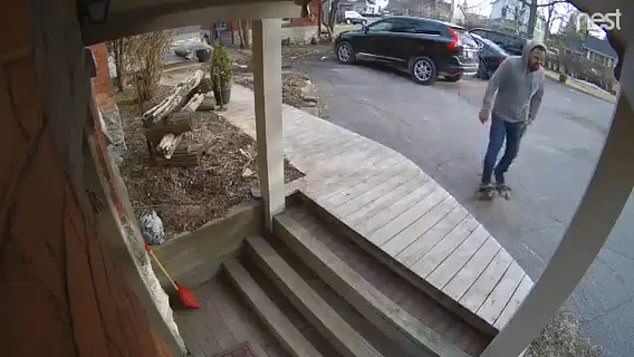 In the video, the man arrives back at his house on his skateboard before stopping by the front porch.

He kicks the skateboard into his hands before dropping it back down three times before he starts to walk towards his house.

After a couple of steps, his foot catches on the porch decking and he falls head first down three steps into his front door, dropping the skateboard where he tripped. 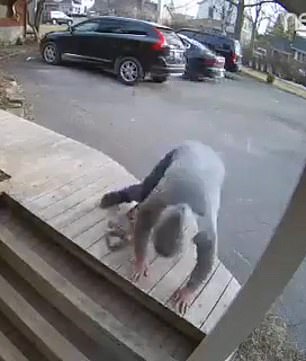 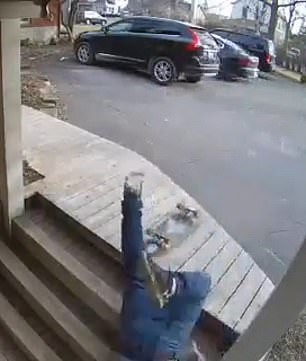 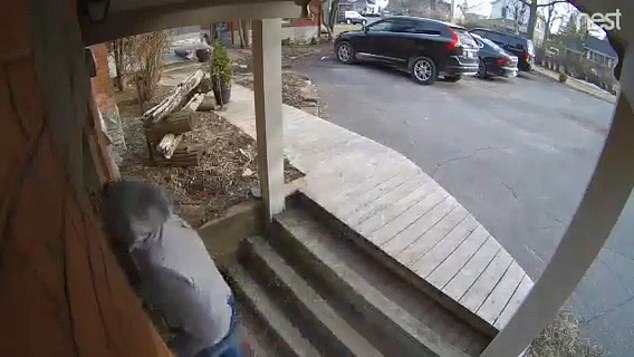 He sheepishly opens the front door after checking if anyone had seen his fall, not realising the moment had been immortalised by his front porch camera recording

The video was shot in October 2018, but has been re-shared online in recent days.

The man said: ‘I was skateboarding outside the house practicing some small silly stuff when I decided I’d had enough.

‘While going inside via the back staircase my foot caught and I tripped.

‘The sound you hear is my initial panic that I’d really hurt myself, which I do often, before the laughter signalling that nothing was broken.

‘I proceeded to go inside where my family was visiting to tell them all “you’ve gotta watch this” and played the video for them.’