By Harry Howard and Chris Pleasance for MailOnline

This is shocking moment that a shop mannequin in Afghanistan is beheaded on the orders of the Taliban for offending the group’s strict interpretation of Islam.

A video shared on Twitter on Monday shows an unidentified man using a hack saw to remove the head of a mannequin as someone chants ‘Allah Akbar’ – which means ‘God is Great’ in Arabic.

At least ten heads that have already been severed can be seen lying at his feet.

Last week, shopkeepers in the western province of Herat were told to hack the heads off their mannequins after Islamist officials ruled the statues were ‘idols’.

Idolatry, or the worshipping of idols, is considered a grave sin in Islam which bans the worship of anyone or thing other than Allah – considered to be the only God.

The #Taliban have ordered a series of mannequin beheadings, telling clothes shops to remove the heads of dummies that offend #Islam. 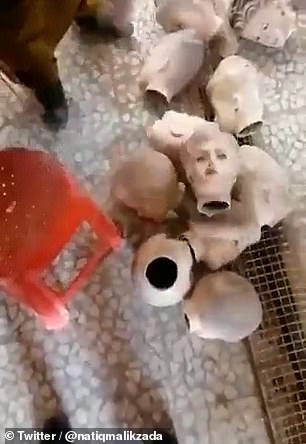 This is shocking moment that a shop mannequin in Afghanistan is beheaded on the orders of the Taliban for offending the group’s strict interpretation of Islam. A video shared on Twitter on Monday shows an unidentified man using a hack saw to remove the head of a mannequin as someone chants ‘Allah Akbar’ – which means ‘God is Great’ in Arabic

The ruling was issued by the Ministry for the Propagation of Virtue and the Prevention of Vice in Herat, which is responsible for administering the Taliban’s strict interpretation of Islam.

Initially, the ministry had ordered shops to remove the mannequins completely but shopkeepers complained, saying it would destroy what little business they have left.

After listening to the complaints, Sheikh Aziz-u-Rahman – head of the ministry – ruled the mannequins’ heads should be cut off instead.

But business owners say hacking their mannequins apart still represents a significant financial loss at a time when Afghanistan’s economy has more-or-less collapsed. 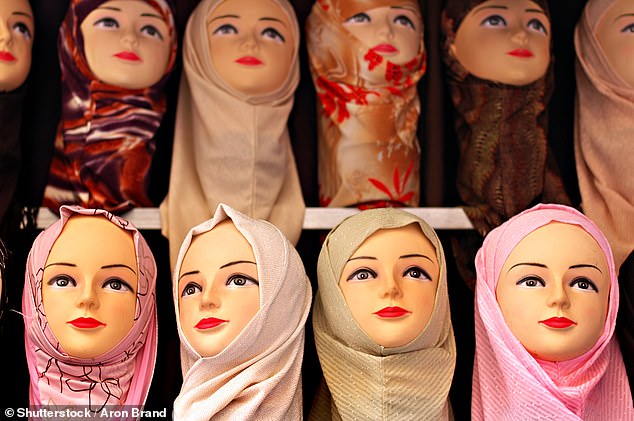 Abdul Wadood Faiz Zada told Italian newspaper Repubblica: ‘The heads of the mannequins should be covered, not removed.

Mohammad Yusuf added: ‘The Taliban have not changed, there will be restrictions once again.

‘They have not gained international recognition, but should they obtain it, they would bring back even stricter limitations.’ 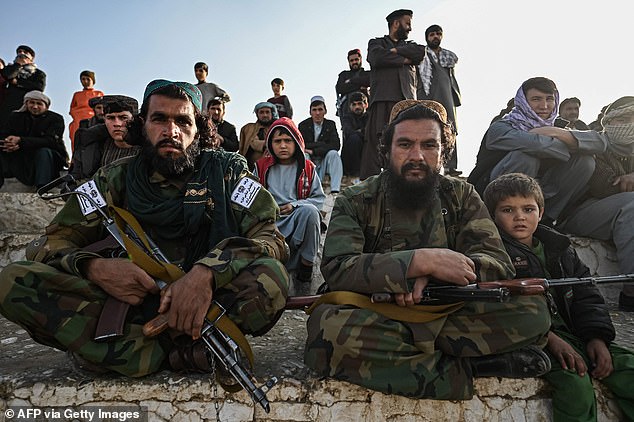 The Taliban has been slowly cracking down on the freedoms of Afghans since taking power this summer, including banning women from large sections of public life (file image)

Since recapturing Afghanistan over the  summer in a rapid advance behind the back of withdrawing American troops, the Taliban has been slowly restricting the freedoms of its population while claiming to the world that it has ‘reformed’.

Women and girls were immediately confined to their homes for ‘safety’, while the Taliban set about largely removing them from workplaces and schools.

In recent weeks, the Islamists also banned women from taking long-distance road trips without a male guardian and said they must also wear a veil while in the car.

At the same time, they banned all music in vehicles and said that ‘intoxicating’ substances were also prohibited.

Drivers should also stop their vehicles at prayer times in a ‘proper place’ so that prayers can take place, the ruling added.

Afghanistan, propped up for two decades by support funds from western nations and aid money, has all-but collapsed since the Taliban retook control.

Aid money has dried up, and while western nations have promised billions in funding, they are still wrangling over ways to get in into the country without handing it to the Islamists.

The UN’s food programme warns that up to half the population are now facing starvation before the end of winter, as economic catastrophe combines with drought to plunge huge numbers into poverty.

Aid agencies are reporting that families have begun resorting to desperate measures to afford food, including putting children to work or – in some cases – selling babies to afford bread and other basics.