By Joseph Michalitsianos For Dailymail.Com

This is the moment a cruise ship heading for an Alaskan glacier was forced to turn back after smashing into an iceberg amid heavy fog.

Incredible footage shows the Norwegian Sun, a 2,000-passenger Norwegian Cruise Line ship, smack into the ‘growler’ near the Hubbard Glacier in Yakutat Bay.

Terrified passengers recorded the huge block of ice jolt the vessel while many slept before it disappeared under the bow on Saturday.

The impact forced the boat to dock at Juneau where expert divers assessed the damage before recommending it return to Seattle for repairs.

A timeline of Norwegian Sun’s ill-fated journey, culminating in the iceberg crash and return to Seattle for repairs 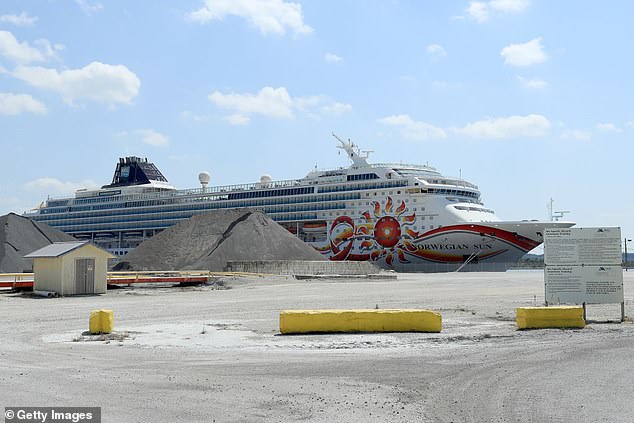 Norwegian Sun, the ship that made contact with the iceberg, is shown here in March in Jacksonville, Florida

Jason Newman from Atlanta, Georgia, was on the ship when the crash occurred. He claimed the fog had cleared when they struck the iceberg.

‘The ship had a severe judder,’ Newman told KTOO. ‘You could feel the strike. And then it listed minorly.’

Newman said that after hitting the iceberg, the ship limped back to Juneau at a speed of 10 mph.

Alicia Amador, another passenger on the ship, told the Juneau Empire that hitting the iceberg was a ‘scary experience.’

‘The whole boat came to a complete stop from the impact,’ she said and described the iceberg as ‘the size of a semi-truck.’ 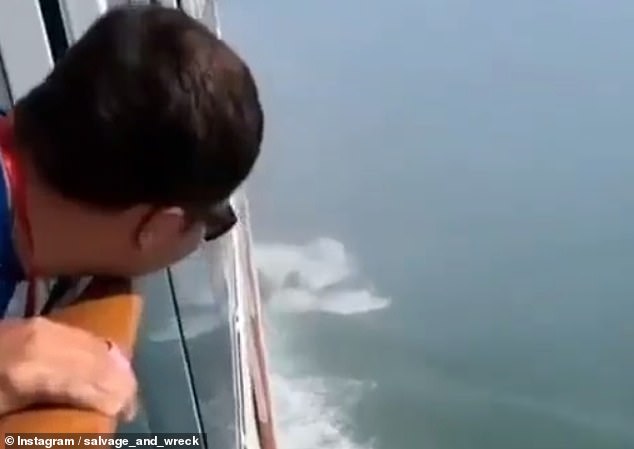 Incredible footage shows the Norwegian Sun, a 2,000-passenger Norwegian Cruise Line ship, smack into the ‘growler’ near the Hubbard Glacier in Yakutat Bay 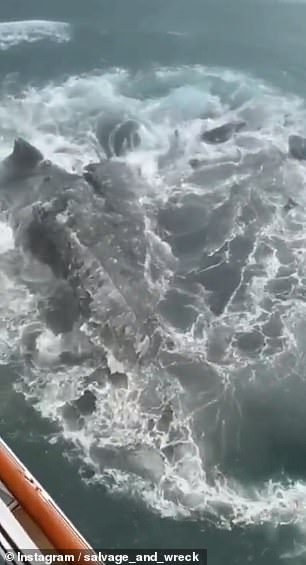 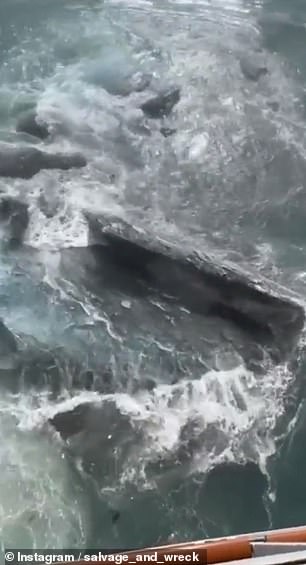 A growler is categorized as an iceberg that is less than two meters across and has less than one meter showing above the water.

The captain turned the ship towards Juneau where it docked and expert divers checked on the condition of the boat.

They found it had sustained damage from the iceberg, and had to return to Seattle for the necessary repairs.

‘On June 25, 2022 while transiting to Hubbard Glacier in Alaska, Norwegian Sun was engulfed by dense fog, limiting visibility and resulting in the ship making contact with a growler,’ a spokesperson for Norwegian Cruise Line told Cruise Hive. 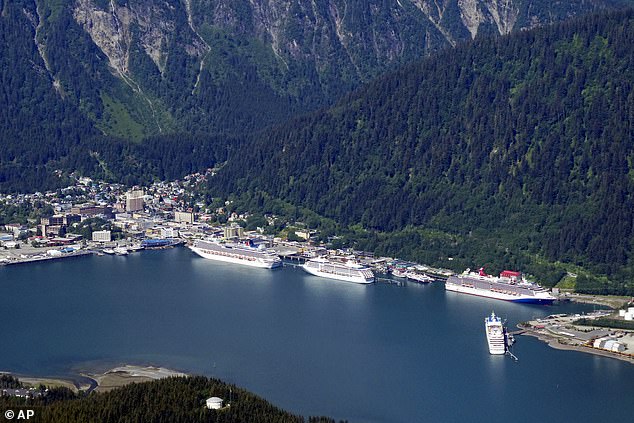 They added that the ship was still ‘fully operational’ and was headed back to Juneau, Alaska for ‘assessment.’

Littlejohn said the ship reported the incident to the National Guard immediately after making contact with the iceberg. The ship did not report any injuries, did not require search and rescue assistance and said the crash caused no pollution.

He added that there ‘is confidence’ the ship will be able to make it back to Seattle safely and without further incident.

Passengers were told they would be reimbursed.