Moment paedophile, 42, is caught and handcuffed by internet vigilantes

This is the moment paedophile hunters snared a pervert who thought he was meeting a decoy 13-year-old ‘schoolgirl’ he had previously sent photos of his genitals to.

Paul Holland, thought he had been speaking to the girl on social networking site Tagged but in reality he was  chatting to members of paedophile hunter group WASP.

In the video members of Geordie Chasers,  a fellow paedophile hunter group, confronted Holland, of Gateshead, Tyne and Wear, then detain him until police arrive.

A member of the group can be heard saying to Holland ‘you’re here to meet a 13-year-old-girl’ to which he responds ‘no I wouldn’t do that, I’ve got kids’.

The video also shows police officers arriving on the scene, placing handcuffs on Holland and arresting him.

Holland has 84 previous convictions, none related to his latest offending, has been jailed for 20 months after he pleaded guilty to one count of attempting to meet a child following grooming and one of attempting to incite a child to engage in non-penetrative sexual activity.

Despite knowing the age of the fake girl from the start, the 42-year-old’s messages soon turned sexual, Newcastle Crown ourt heard.

And after moving the their conversations on to WhatsApp, Holland sent the child pictures of his genitals and a sick video of him performing a sex act.

The pervert also tried to get the girl to send him an explicit video of herself, prosecutors said. 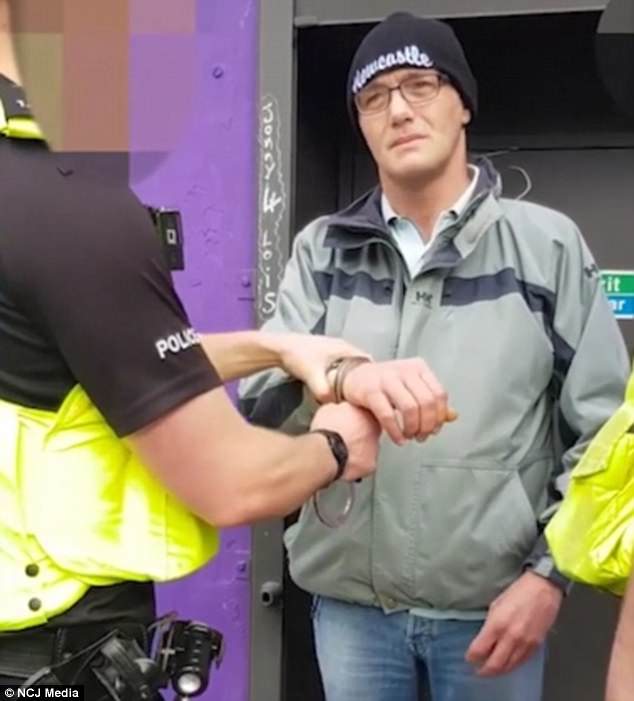 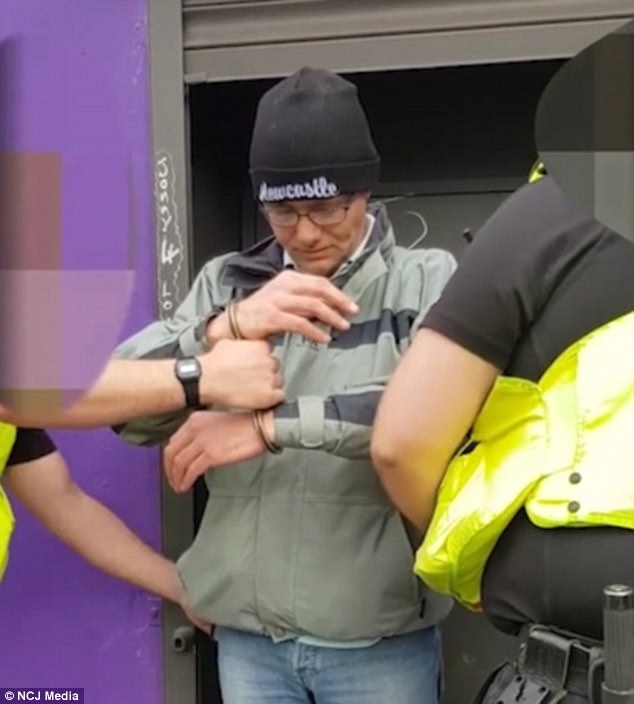 Newcastle Crown Court was told that, after more than a month of chatting over the internet, Holland arranged to meet the teenager at a shop near St James’ Park, in Newcastle city centre.

However, members of WASP contacted fellow paedophile hunters, Geordie Chasers, who confronted him and subsequently called the police.

Passing sentence, Judge Penny Moreland said: ‘You repeatedly suggested meeting [the girl]. You called her, on one occasion, during a school day. 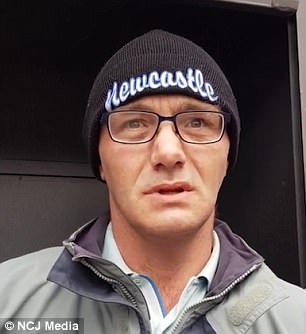 ‘On April 15, you sent her a picture of your penis. You asked her for pictures of herself – I’m quite sure you meant sexual pictures.

‘You sent her video of yourself [performing a sex act] and then you sent another photograph a week or so later.

‘The plan was to meet in Newcastle on April 28. You turned up for the meeting and you were apprehended by those who posed as a 13-year-old girl in order to apprehend people like you who engage in sexual conversations with girls under 16.’

The court heard that a member of WASP created a decoy profile of a 13-year-old girl on Tagged on March 13 this year and she was soon contacted by Holland.

Despite being immediately told her age, he continued the conversation and asked to move on to WhatsApp,

Holland soon suggested meeting up with the teenager and began sending the sexually explicit pictures and video and asking the girl to send him the same of herself.

During the conversations, Holland also asked the teenager’s bra size before arranging to meet her near St James’.

He later changed the meeting point to a nearby coach park, which was where he was confronted by Geordie Chasers.

Neil Jones, mitigating, said Holland was naive, ‘intellectually challenged’ and had suffered from depression since the death of his mother in 2006.

He added: ‘He’s a sad, sad 42-year-old with no real prospect of a real or valid, lasting relationship unless some real form of intervention takes place.’

Holland was also told to sign the Sex Offenders’ Register for ten years and was made subject of a Sexual Harm Prevention Order for the same period of time.