A cute puppy’s day soured quickly after it got its first taste of a lemon.

In the video, the owner can be seen holding out half of a lemon in her hand, offering it to the puppy. 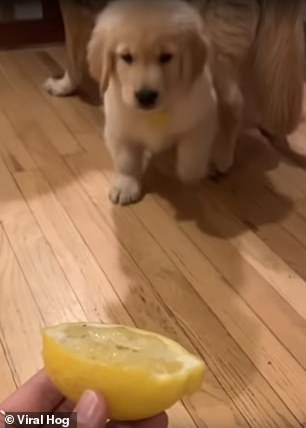 The fluffy golden retriever puppy then cautiously approaches the fruit and sniffs at it, before quickly backing away and bumping into another canine standing in the background.

The puppy can then be seen licking its nose and adorably wrinkling its snout with distaste. He also paws at its nose several times in an effort to wipe away the lemon.

Not one to shy away from new experiences, however, the puppy sidles back up to the proffered lemon and gives it another sniff.

After taking a moment to think about it, the puppy decides that he definitely does not like the sour citrus and barks at it with distaste. 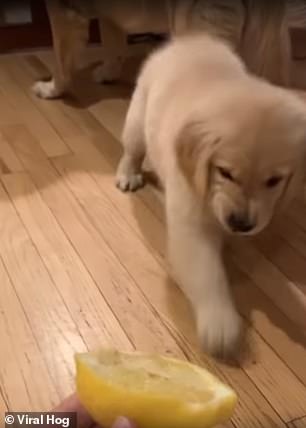 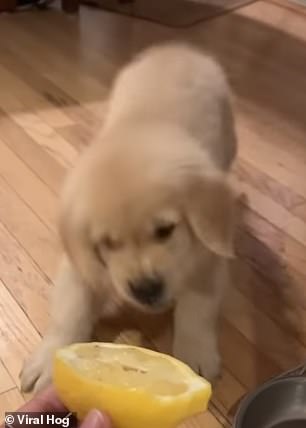 The puppy’s owner wrote in the video’s description that she was ‘making a salad and using the lemon’ when the puppy started ‘begging for some so I decided to see if he liked it. He did not.’

According to pet food retailer Chewy, dogs can eat lemons in very small amounts because it is not toxic to them, although even consuming limited quantities can cause the animals GI distress.

If a dog consumes a large enough quantity of lemon, it could lead to upset stomach, vomiting, weakness or diarrhea.