Sightseers were treated to the incredible moment Uluru transformed into a scenic waterfall after torrential rainfall cascaded down the the sacred rock.

Footage showed water flowing down Uluru a for the lucky visitors on June 22.

Known for its rich glowing reds and bright orange hues, the rock illuminated in silvery greys as rainwater drenched the soil. 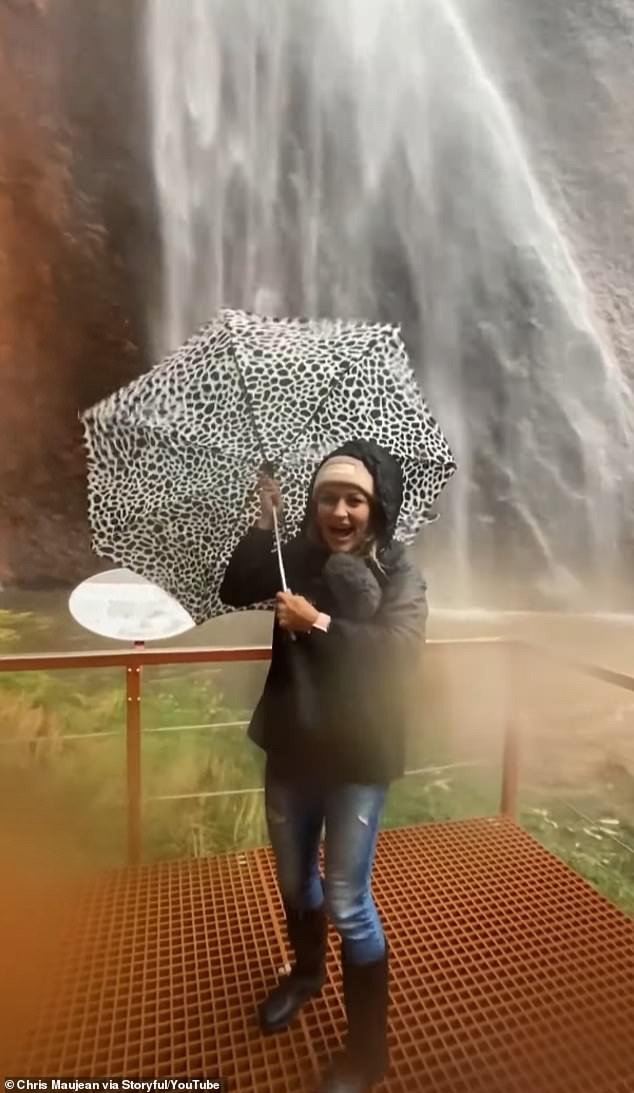 Pictured: a woman is seen struggling to hold her umbrella against the downpour of rain

The unusual spectacle was recorded by Chris Maujean who runs the Instagram page aussiedestinationsunknown.

Despite the deluge, visitors enjoyed the sighting as one woman tries to shelter herself from the rain while attempting to record a moment with the rare giant waterfall.

A popular tourist destination, Uluru is usually known for its hot and dry desert conditions.

The unique sighting comes after an east-to-coast rain band spread across eastern Australia, with up to 10.22mm of rain recorded at Yulara Airport just 26km north of Uluru on Tuesday. 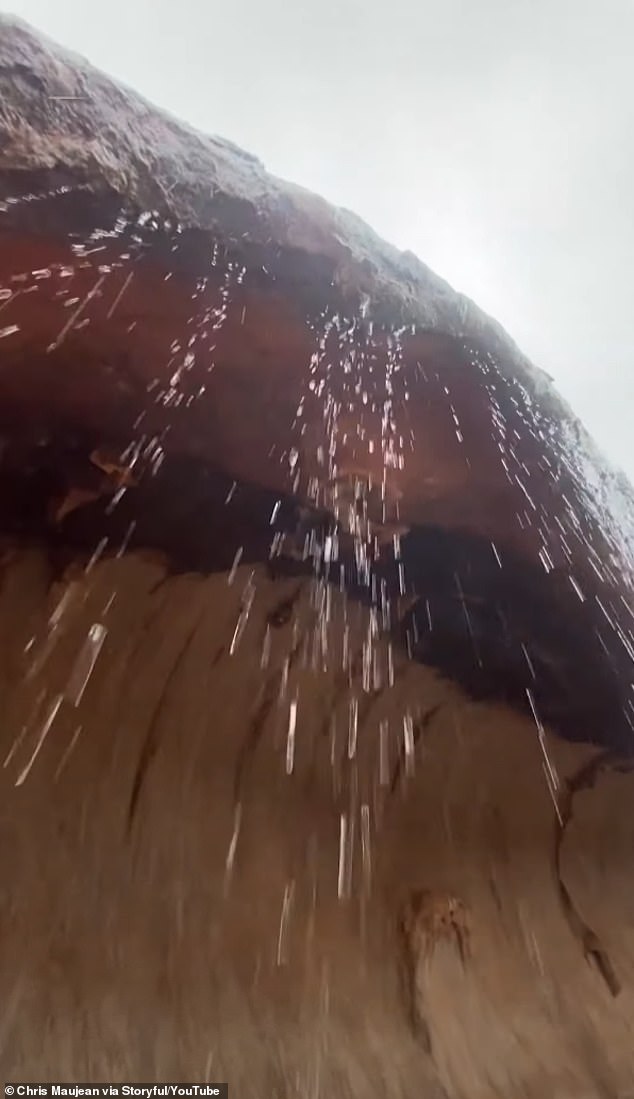