An influencer who wears a size extra-small scolded a photographer and walked out of a photoshoot after he told her to starve herself for two weeks to lose weight.

The 22-year-old Belgian woman, who goes by Thewizardliz on TikTok, had just arrived to a fashion photoshoot for a clothing brand when the photographer suggested she stop eating to look thinner in pictures.

Aghast, the young woman quickly went from stunned silence to telling the man off, telling him he had no right to dictate what she should do with her body.

Thewizardliz, who said she has previously suffered from an eating disorder and is underweight for her height, pointed out just how dangerous his words could be before storming out of the job.

Speaking to DailyMail.com, she says the clothing brand that hired her was immensely apologetic and begged her to come back, telling her later that they’d fired the photographer for stepping out of bounds.

A 22-year-old Belgian woman, who goes by Thewizardliz on TikTok, has gone viral for scolding a photographer who told her lose weight

Thewizardliz is not a professional model but has over 217,000 TikTok followers and was happy to book a paid job modeling for a clothing brand this month.

But she never got that far: Soon after she arrived at the shoot, before she’d even changed into the brand’s clothes, the photographer suggested that she stop eating to lose weight.

‘Before the shoot started, he made a comment saying that I would have [another] shoot in two weeks if I wanted to take the job, but it would be best if I didn’t eat so I would look skinnier in the pictures,’ she told DailyMail.com.

‘I was in shock. I was quiet for a minute or something, just staring at him,’ she said — but soon, she was fired up enough to answer.

In a video captured by a friend that she shared on TikTok, Thewizardliz can be seen lecturing the photographer for his inappropriate comment.

‘You cannot tell people to not eat until the next shoot, because that will develop an eating disorder,’ she told him.

‘You are very lucky that I am secure in my body, and that I love myself, but if there was another model who was standing here and was insecure about her body, that one comment that you made could literally make her go insane,’ she said firmly. 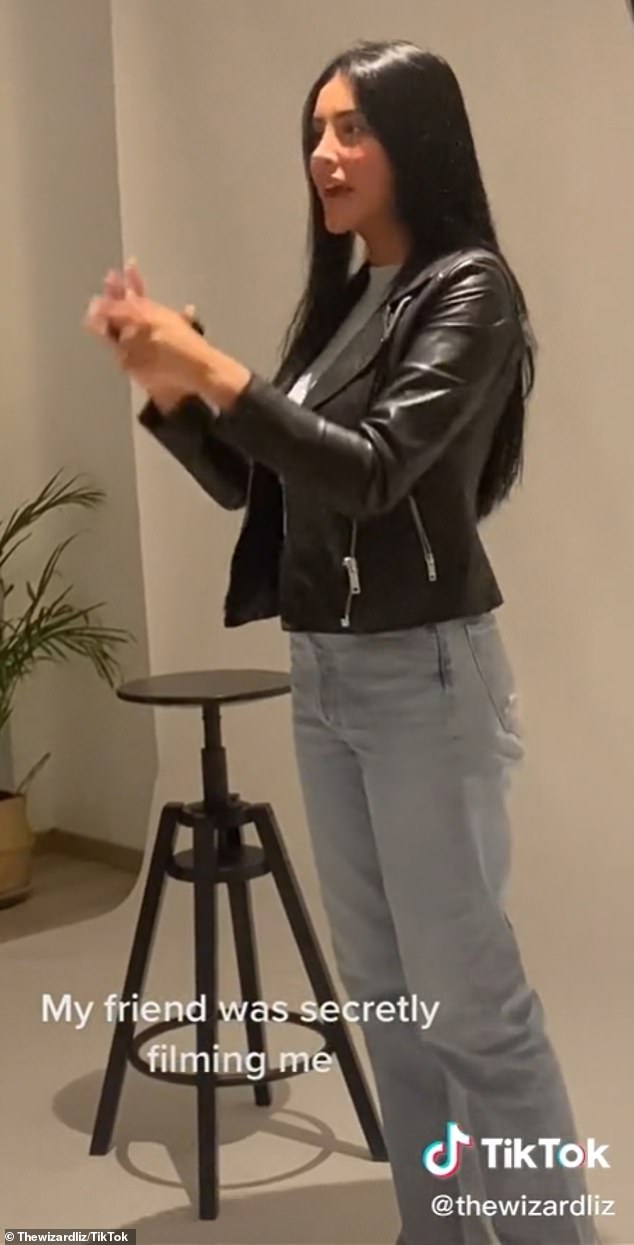 She can be seen lecturing him, saying: ‘You’re not the one to tell me what to do with your body’ 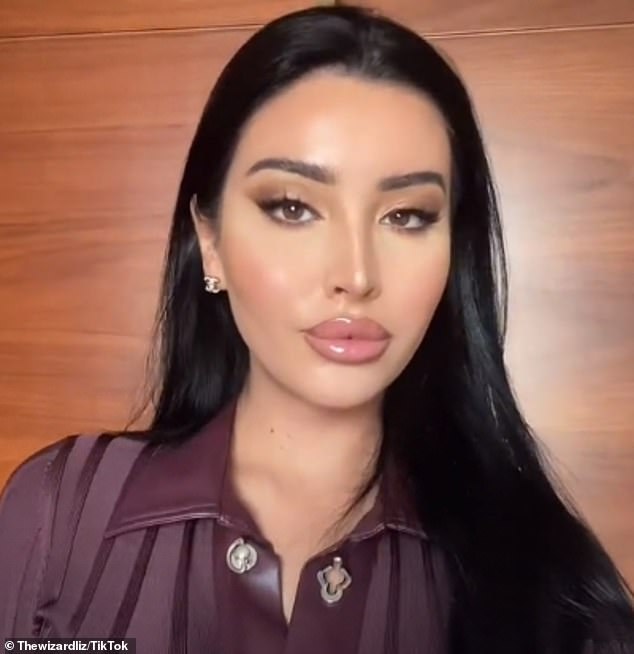 Thewizardliz says she wears a size extra small and is underweight for her height — but even if she wasn’t, his comment wouldn’t have been OK

‘She would literally stop eating, weighing her food, her hair would fall out. Her organs can die. She can die, literally, because of that one comment that you made. You should watch how you talk to people,’ she chastised him.

Off camera, the photographer can be heard arguing back, but Thewizardliz soon cuts him off.

‘I shouldn’t lose anything because I’m already very skinny, and even if I wasn’t, you’re not the one to tell me what to do with your body,’ she said.

When he continued to argue, she’d decided she’d had enough.

‘You know what you’re gonna do? You’re gonna tell the client that I’m not doing this anymore. We’re not shooting, we’re not doing this. And you should watch your mouth the way you talk to people, because it can literally damage them,’ she said.

Speaking to DailyMail.com, the influencer revealed that the photographer tried to insist he knew better based on his experience in the industry.

‘His reaction was he was basically trying to justify what he said as in “I have a lot of years working as a photographer,’ she said. ‘But that does not make him qualified to tell me to starve myself. 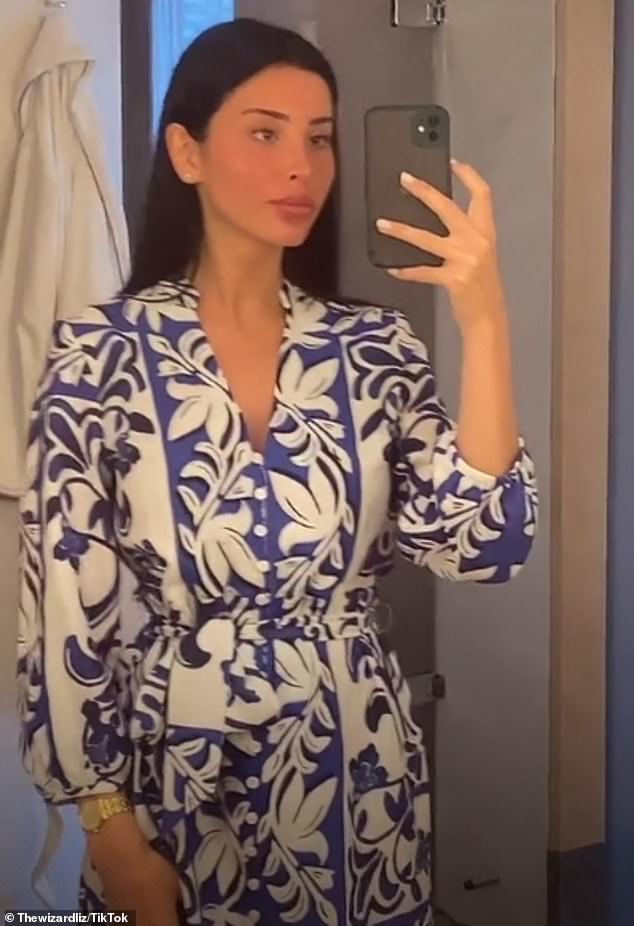 She has suffered from an eating disorder before, and said comments like his can trigger disordered eating for others 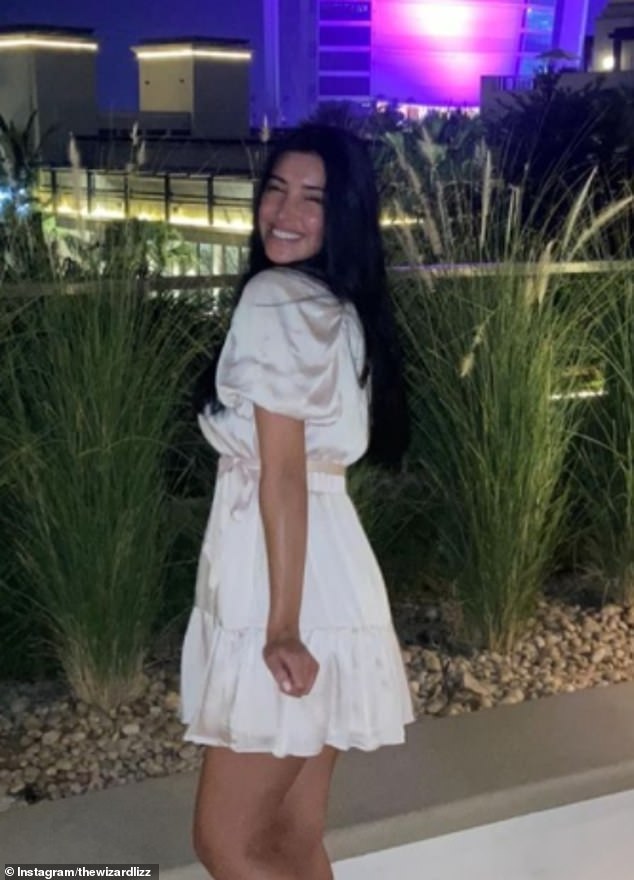 ‘Yeah, let me just kill myself for a photoshoot,’ she added.

What’s more, he was stepping out of line by giving her tips that didn’t come from the brand that hired her.

‘The clothing brand and the client, they knew my sizes, they knew the way I looked, and they loved it,’ she said.

In a follow-up TikTok video, Thewizardliz said that the brand called her immediately to apologize and ask her to come back and shoot with another photographer.

‘They were like, “We’re so sorry, this was not planned, we think you’re beautiful, you’re perfect, please come back with another photographer.” And I was like, “I’m not doing this,” she said.

The next day, they let her know that they had fired him.

‘I do think he felt sorry afterwards, cause when the brand reached out to me they told me he sincerely wants to apologize and I applaud him for that,’ she told DailyMail.com. ‘People can make mistakes and learn from them. I really tried to educate him on the consequences of his words. I think he understood.’ 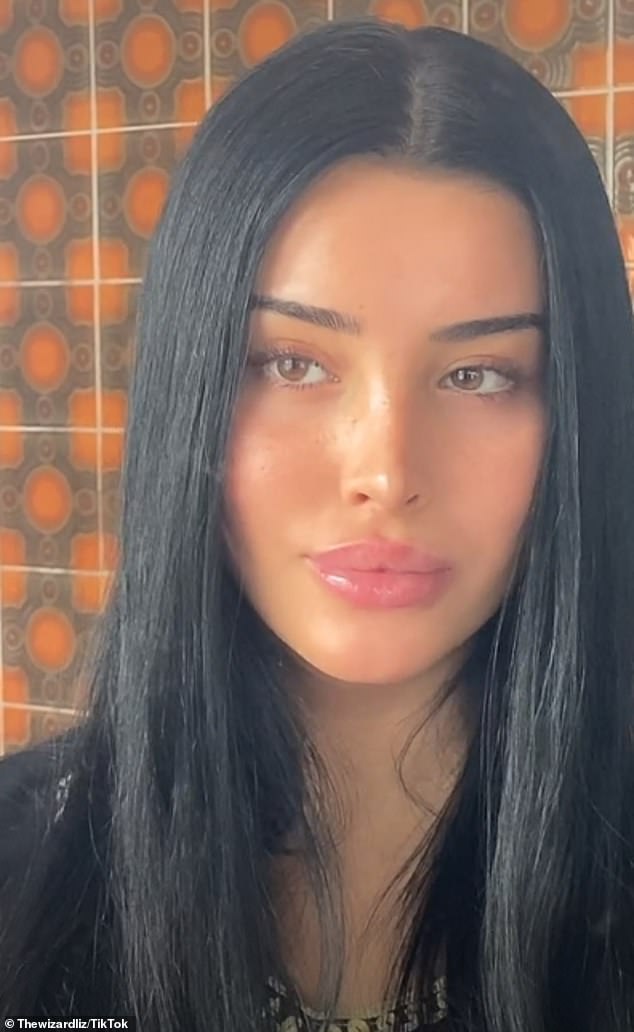 After she stormed out, the brand called her to apologize and beg her to come back with a different photographer. The photographer in question was fired 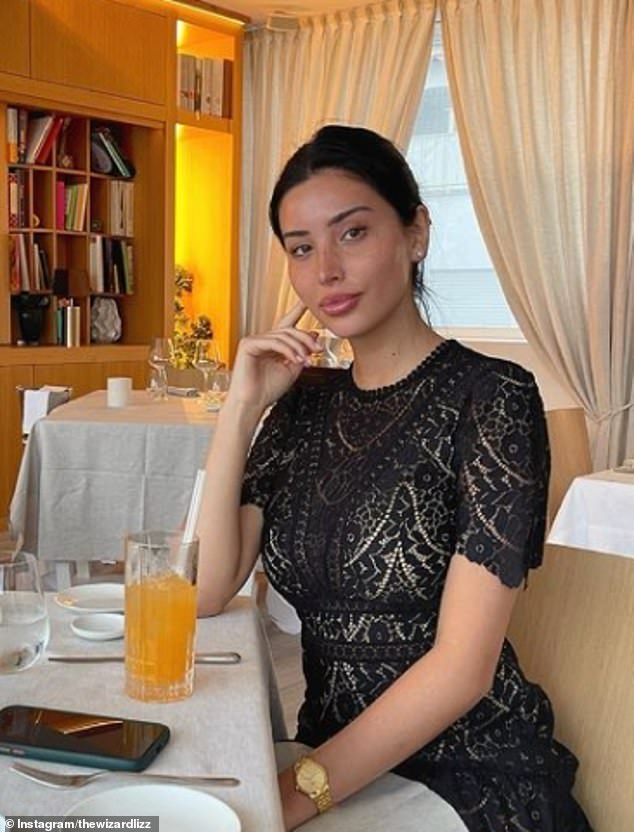 ‘I do not want to be a model for any brand ever again,’ she said. ‘I was very triggered and still am from that comment since I have suffered from an [eating disorder]’

But though she acknowledges that he tried to apologize, she is still ‘very pleased that the brand fired him.’

‘At first I felt bad for the guy, but at the end of the day, his words can really effect people and I think this will make him realize that,’ she said. ‘Also it was not what the brand hired him for so they are completely in their right to fire him.’

Thewizardliz admitted that the whole experience put her off any future modeling endeavors.

‘I do not want to be a model for any brand ever again,’ she said. ‘I was very triggered and still am from that comment since I have suffered from an [eating disorder]. Things like this are exactly the reason I never wanted to be a model in the first place.’

While she may not want to model clothing, Thewizardliz has become a role model for fans on TikTok, who have liked her video 4.5 million times and praised her for standing up for herself and other women in her position.

‘At first I really didn’t want to share the video cause I felt embarrassed by how I reacted, but someone is going to see it and know that it’s okay to stand up for yourself,’ she said. 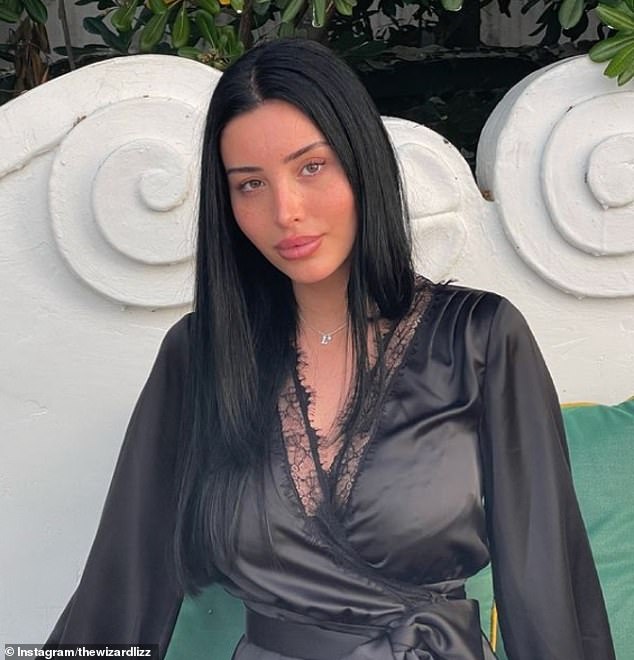 ‘This was something that had to be said and I hope it can inspire others to stand up for themselves,’ she said

‘Especially as a woman, it’s not “ladylike” to behave like that and I’m sure a lot of people are disgusted by the way I reacted. But I won’t let anyone walk over me, I’m sick and tired of people always thinking they can play with me because of my kindness.

‘This was something that had to be said and I hope it can inspire others to stand up for themselves,’ she said.

She added that she hopes anyone who sees her video will realize how big of an impact their words can have on others.

‘That one comment made to a different person could have changed their entire lives,’ she said. ‘It could have send them into an insecurity, [eating disorders], body dysmorphia that would haunt them for years and years.

‘I hate how other people feel entitled to tell someone what to do with their body. People deserve to feel worthy, beautiful and loved. We should strive to make others feel that way,’ she said.