A 44-year-old mom-of-two has revealed how she hit back at strangers who told her she was too old to breastfeed.

Stefani Giraldi had her first baby at the age of 37, and gave birth to her second at age 39. Despite starting her family a bit later in life, the Italian mom is a vocal breastfeeding advocate.

Recently, though, she was forced to address her age and the quality of her milk supply after she overheard two women talking about the dangers of feeding babies ‘older’ milk.

Speaking out: Mom-of-two Stefani Giraldi, 44, from Italy, has revealed her reaction to hearing two women say she was too old to breastfeed 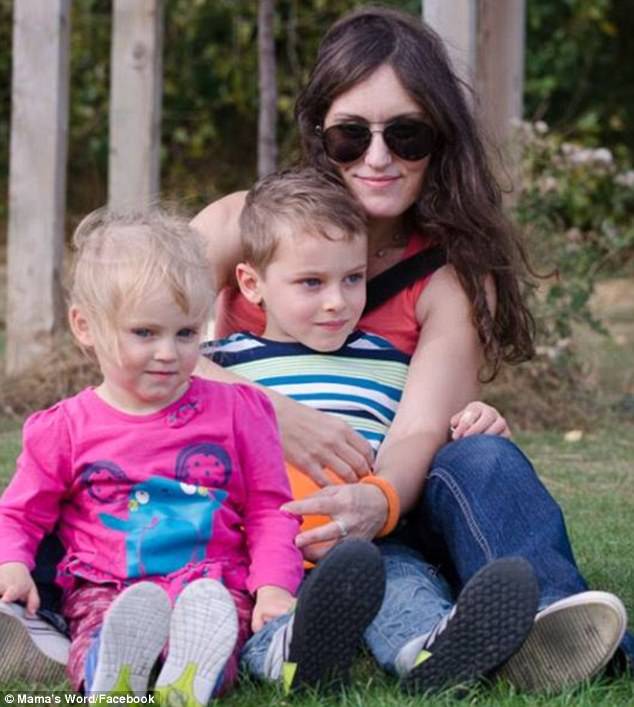 Happy family: The mom-of-two has a six-year-old son and three-year-old daughter and is still breastfeeding her youngest

Taking on her popular Facebook parenting page Mama’s Word, she said that after six consecutive years of breastfeeding, she didn’t think anything could ‘shock’ her.

‘I am sure you are all familiar with the “too old to breastfeed” remark, BUT have you ever heard it in relation to the MOTHER???’ she wrote

‘That’s right, these two ladies were going on about how a woman they knew, who is 42 years old, was, in their opinion, too OLD to breastfeed!!

‘And how her milk is probably not GOOD enough because of her age, to the disadvantage of the baby. A baby who they though would have been better off formula fed instead,’ she shared.

Explaining that the comments left her ‘fuming,’ Stefania, who has yet to wean her three-year-old, said she was able to confront their comments head-on after her daughter asked to be fed. 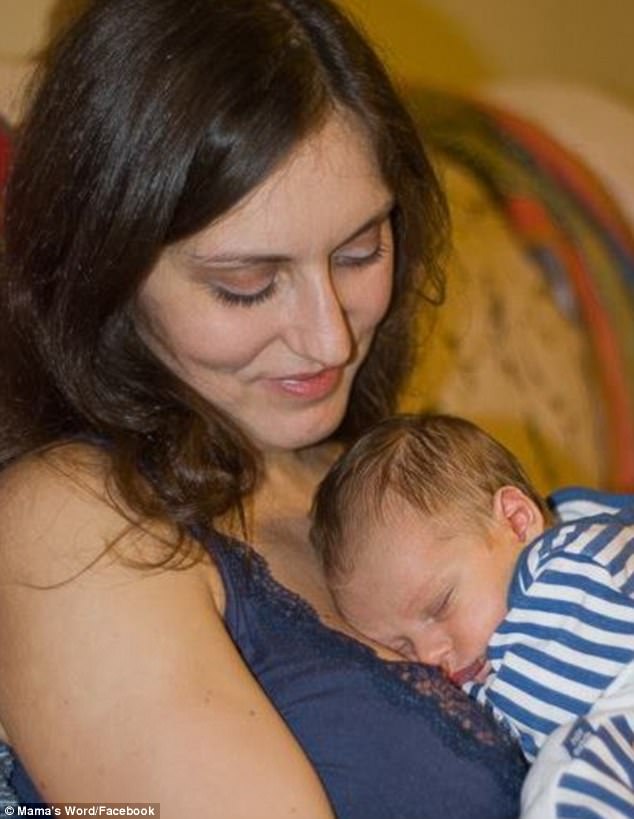 Mature mom: Stefani, who runs the popular parenting Facebook page Mama’s Word, had her first baby at 37 and gave birth to her second at age 39 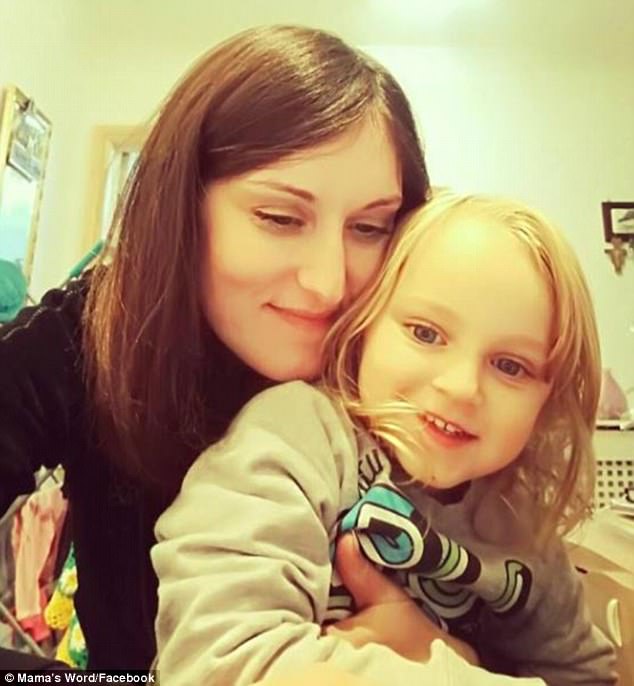 Breast is best? She said that she overheard two women in their thirties saying women in their forties were too old to breastfeed and formula would be better for the baby

‘Obviously the ladies noticed I was breastfeeding (I wasn’t hiding), I turn to them and I tell them: “By the way, I am 44 years old, 45 next June and my milk is perfect!” The look on their face, priceless,’ she added.

She also detailed that it felt ‘good’ to stand up to their comments, before asking other mothers what they would have done.

The post quickly went viral, with dozens of mothers taking to the comments section to voice their support for Stefania.

While Alison Faulkner typed: ‘You sock it to them! I had my third child at 44 and breast fed her for 2 and a half years! I was getting letters for breast screening at 45 and had to keep postponing it um sorry I am still breast feeding!!! Bring on the healthy children’. 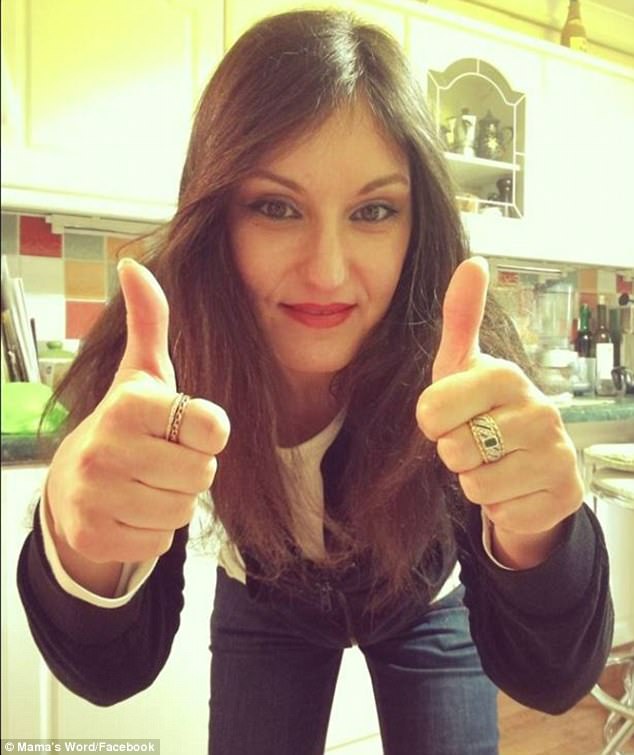 Shock factor: Stefani recounted that she then started breastfeeding her three-year-old in front of the women before telling them she was turning 45 on her next birthday 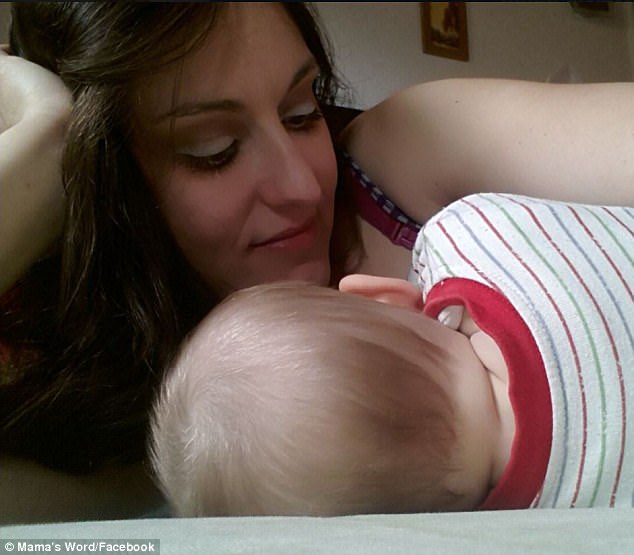 Reaction: Stefani also told them her milk was ‘perfect’ but was ‘fuming’ after hearing their comments

A sentiment shared by Vai Das who shared: ‘I strongly believe that millions years of evolution can’t be wrong. Mammals are most advanced organisms in the world. (Mammals are creatures who breastfeed their cubs.. if you didn’t know). There is a lot of research done and proven that breast milk is dynamic and constantly changing. Constantly adopting to child’s needs.’

The American Academy of Pediatrics (AAP) recommends that breastfeeding continue for at least 12 months, and thereafter for as long as mother and baby desire.

The World Health Organization recommends continued breastfeeding up to two years of age or beyond.