Monaco 0-2 PSG: Kylian Mbappe and Mauro Icardi both score at Stade de France to secure French Cup glory for Mauricio Pochettino’s side as they now turn their attention to the Ligue 1 title to complete a domestic Double

Kylian Mbappe set up the first goal and grabbed one of his own as Paris Saint-Germain retained the French Cup with a 2-0 victory over Monaco in Wednesday’s final at the Stade de France.

Quick thinking by Mbappe to disposes Axel Disasi in his own penalty area, as the Monaco defender let a short pass from goalkeeper Radoslaw Majecki slip through his feet, set up a 19th-minute opener for Mauro Icardi.

Mbappe took the ball away and, displaying quick feet, passed square for Icardi to tuck the ball home from close range. 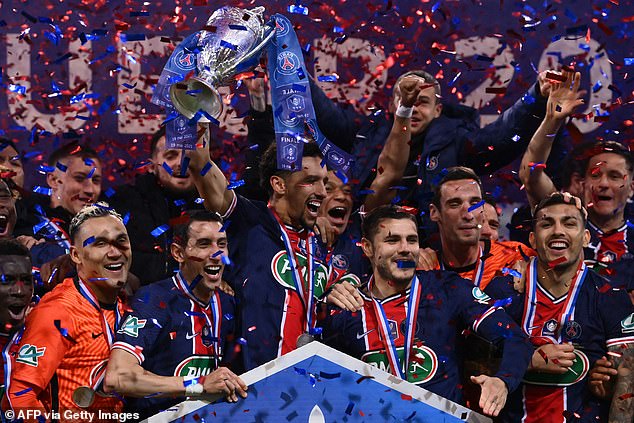 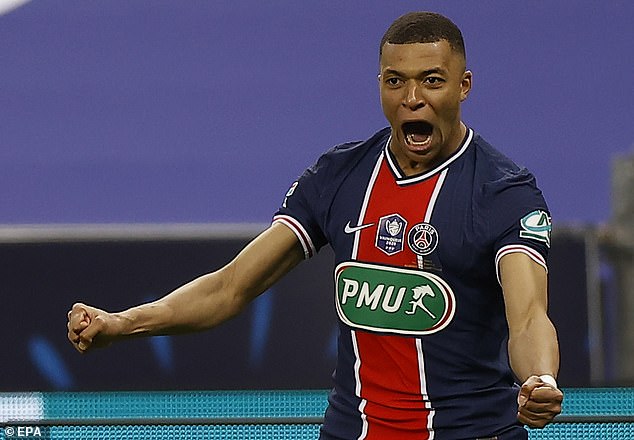 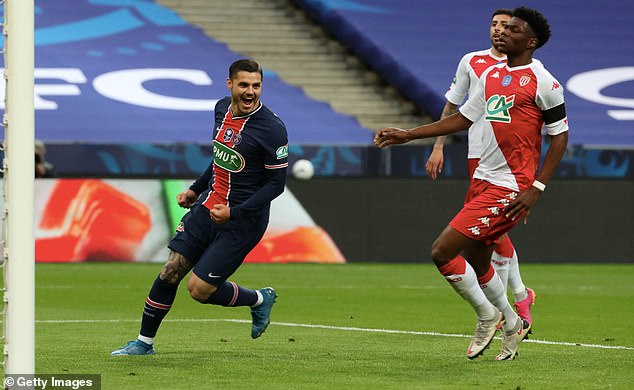 With team mate Neymar suspended and watching from the empty stands, Mbappe was able to dominate the contest with his talent and pace and added the second goal in the 81st minute.

Angel Di Maria set him up with a short through-ball and the World Cup winner lifted his finish over Majecki to make sure of the outcome.

Mbappe’s goal came a minute after he had hit the crossbar with a clever chip from outside the penalty area having spotted Majecki off his line.

It was one of few chances in a largely dour final, played behind closed doors, that only came alive in the last 15 minutes. 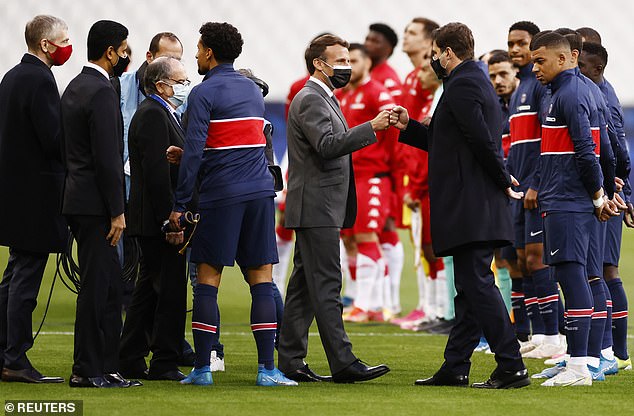 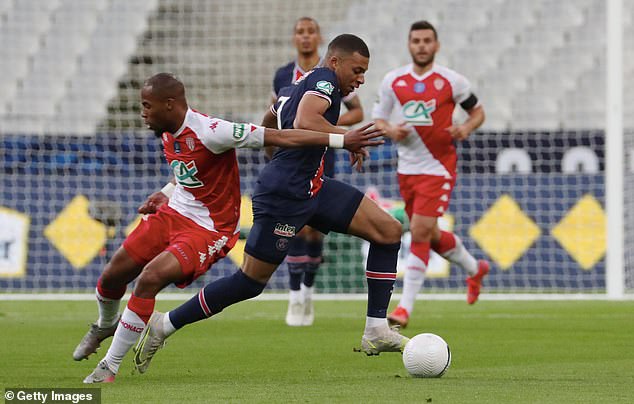 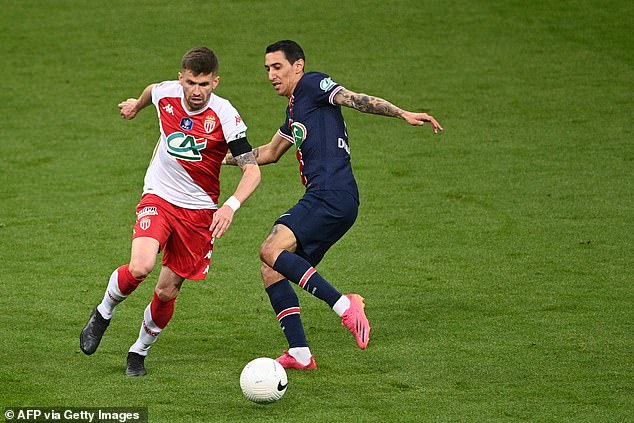 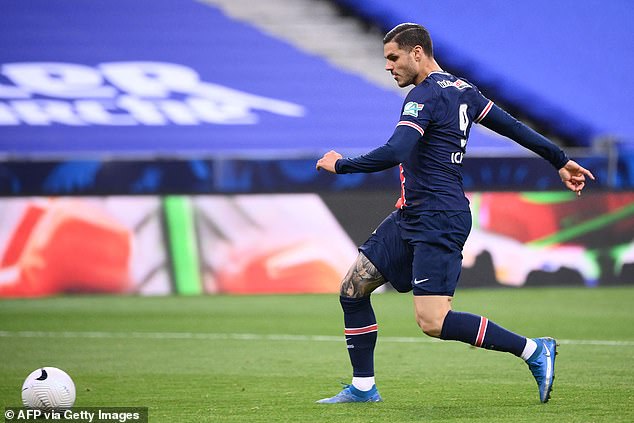 After criticism over his recent performances, Icardi fired home to give PSG the advantage 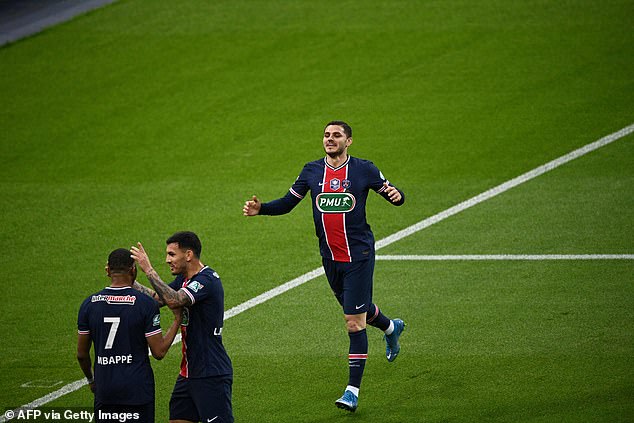 PSG retained their title and extended their record number of wins in the cup to 14.

Monaco had won five previous times but last in 1991. They were last in the final in 2010 when PSG also beat them.

PSG defender Alessandro Florenzi had a powerful shot tipped over by Majecki in the first half while Monaco created the better opportunities after the break as PSG goalkeeper Keylor Navas made two good saves from Wissam Ben Yedder and Krepin Diatta and saw an errant cross rebound back into play off his crossbar.

But any hopes of a comeback were swiftly ended by the pace and vision of Mbappe as he settled the outcome.

Both clubs now turn their attention to the end of the Ligue 1 season on Sunday where they hold hopes of winning the title.

PSG are second, one point behind leaders Lille, while Monaco are three points adrift. 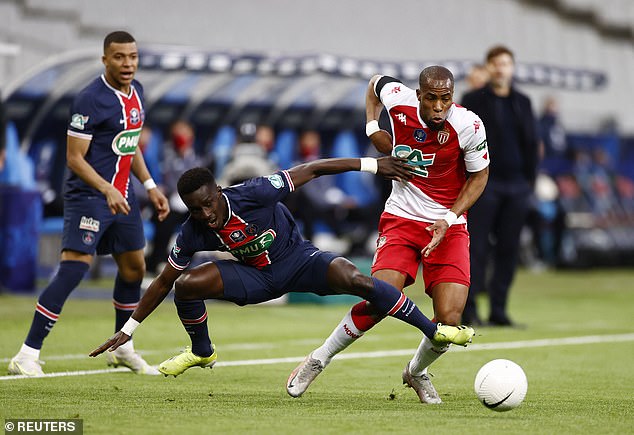 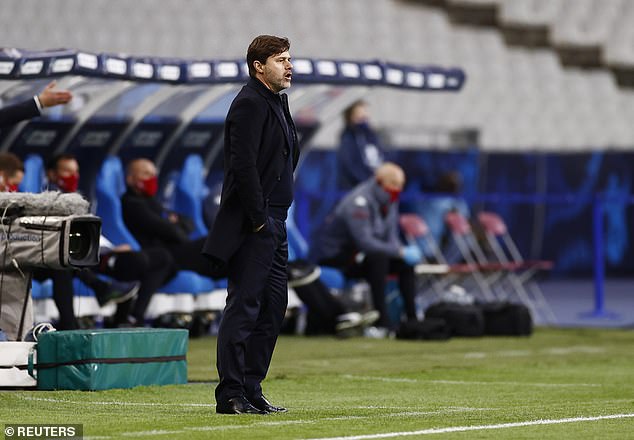 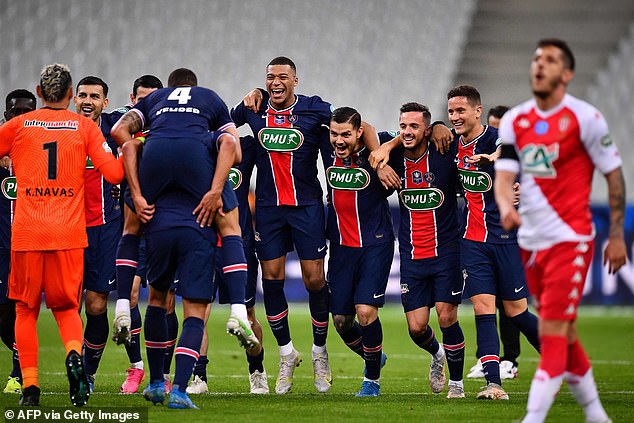