They may only be three years old and yet Princess Gabriella and her twin brother Jacques already have perfected the art of public engagements.

The youngsters looked the spitting image of their parents Princess Charlene and Prince Albert II as they attended the annual Sainte Devote procession in Monaco on Friday night.

Smartly dressed and smiling to the crowds, the children appeared to be model versions of their royal parents,

Just like mother! Princess Gabriella looked strikingly similar to her 39-year-old parent Princess Charlene as they attended the Sainte Devote procession in Monaco 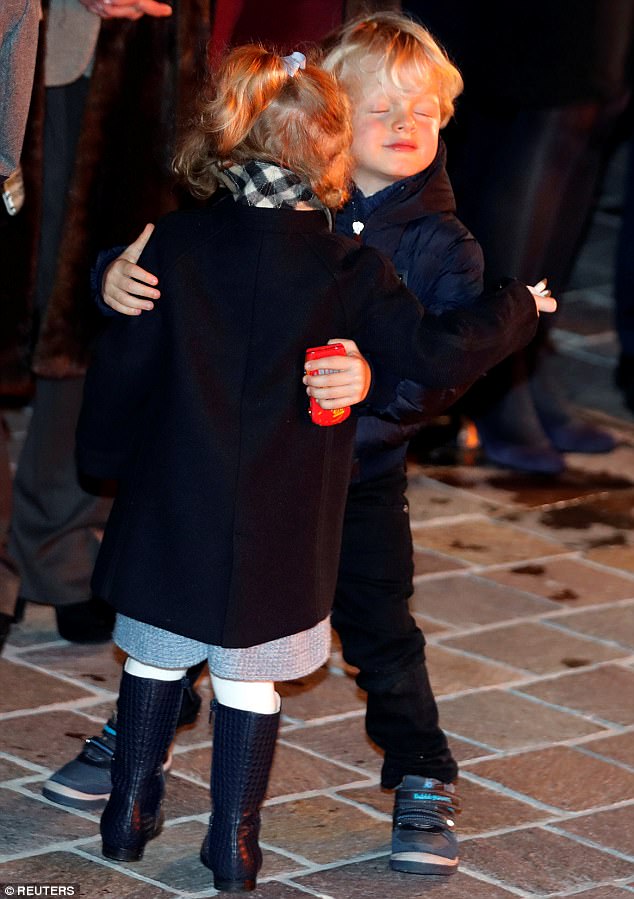 Sibling love: Princess Gabriella and her twin brother Jacques looked adorable as they hugged one another during the celebration 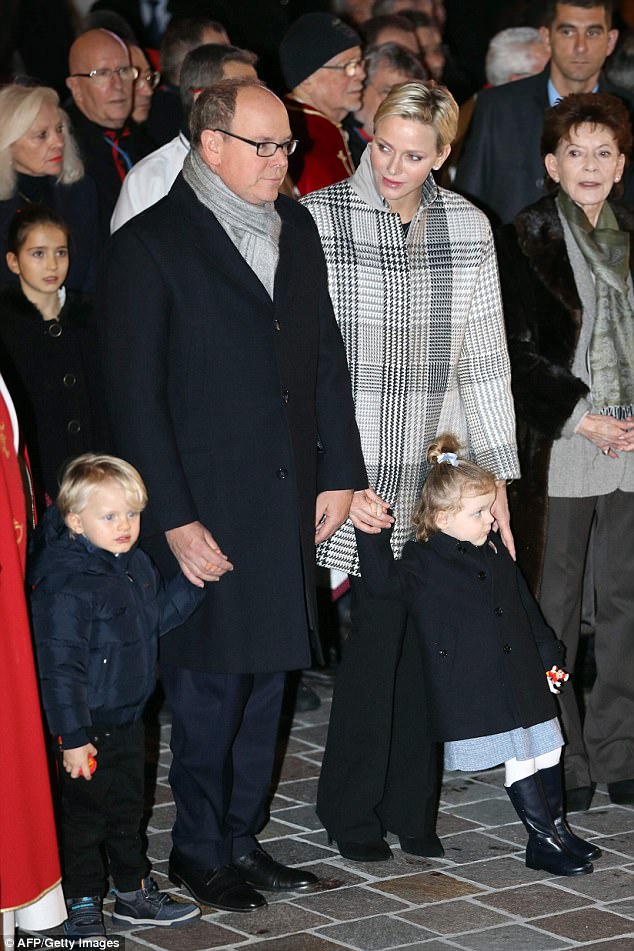 Family affair: Prince Albert II of Monaco and his wife held the hands of their little ones during the evening event

Sainte devote is the patron saint of Monaco and France’s Mediterranean Corsica island.

Prince Albert II of Monaco was photographed using a torch to burn a small fisherman’s boat during the annual ceremony.

The twins, celebrated their third birthday in early December 2017 with a wintry-themed party thrown by their parents Princess Charlene and Prince Albert.

Although no pictures of the celebrations have emerged Albert, 59, opened up to People magazine about the party held at the Oceanographic Museum with friends they’ve made at kids club and nursery.

‘It’s kind of a Polar Arctic setting. ‎There’s stuff like mechanized polar bears that move their hands and arms – it was really fun,’ he said.

‘Then we had a little celebration up at Roc Agel with Charlene’s family, and that‎ was nice.’

He also revealed that Prince Jacques had received a Hot Wheels launcher and truck for his birthday, while Princess Gabriella Barbie doll and the Barbie Dream Horse.

There’s also an exciting year ahead for the young pair who will take a ‘halfway-around-the-world’ trip with their parents.

In another interview with People magazine, Prince Albert revealed the family is planning a trip to Polynesia in summer 2018.

‘We did a cruise with them this summer and that was fine. We’ll have to break up so it’s not so long for them.’

He added that while he’s eager for the twins to see the world, he is not planning any official visits with them until they’re a little older. 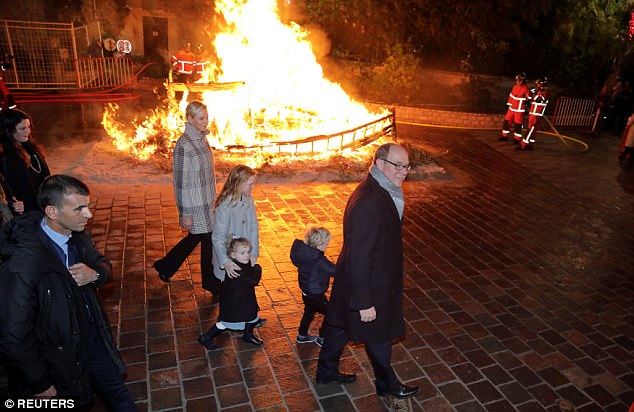 Tradition: The celebration comes from paying tribute to the Sainte of Devote