Borussia Monchengladbach kept their Champions League dream alive with a thumping 4-1 victory over relegation-threatened Union Berlin in the Bundesliga, as strike partnership Marcus Thuram and Alassane Plea stole the show.

The first chance for Gladbach came from a moment of improvisation courtesy of Florian Neuhaus. The 23-year-old struck a long-range effort from his own half as Rafal Gikiewicz was left stretching to tip it out for a corner.

The hosts continued to apply pressure as opportunities fell for attacking partnership Marcus Thuram and Alassane Plea – who looked in the mood as the sun beamed down on the empty Borussia-Park, filled for the second time this season with thousands of cardboard cut-out fans. 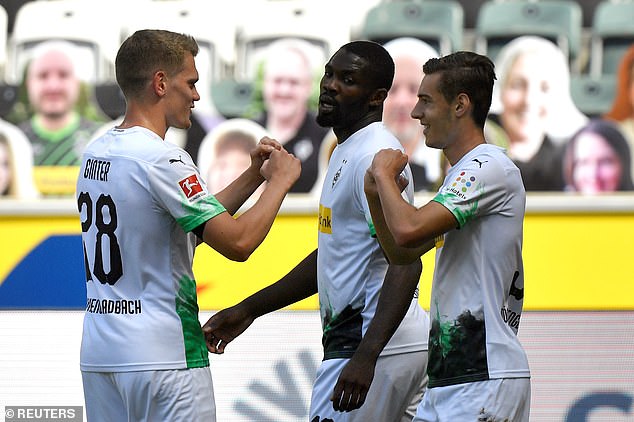 Their pressure paid dividends and early lead came from Neuhaus, just minutes after his half-pitch long shot. The midfielder battled his way into the box and poked the ball, off balance, onto the post and it trickled past the helpless Gikiwicz.

It didn’t take much longer after for Plea and Thuram to link up for Gladbach’s second as they continued to showcase their formidable partnership on the Bundesliga stage. After a fast break from the hosts, Plea cut inside from the left-wing and floated in an inch-perfect cross for Thuram to guide home with his head.

The Frenchman used the moment to take a knee and bow his head, in a nod to Black Lives Matter campaigning across the globe after the death of George Floyd in Minneapolis earlier in the week. 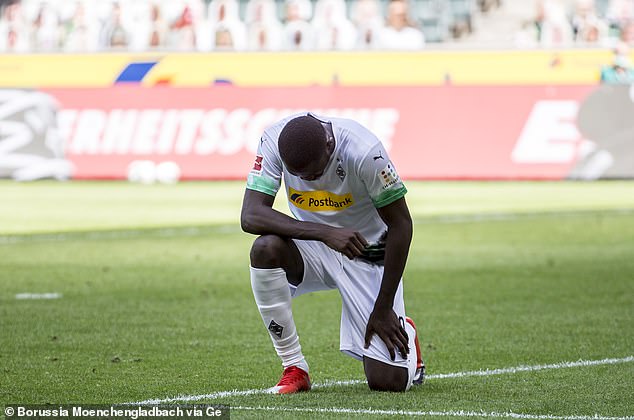 Marcus Thuram doubled their lead and took a knee, in a nod to Black Lives Matter campaigning 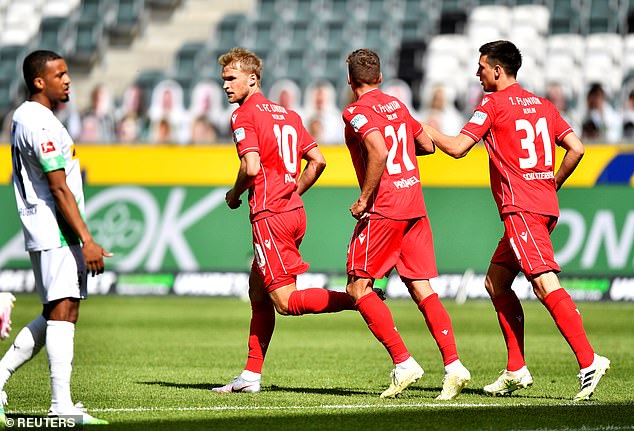 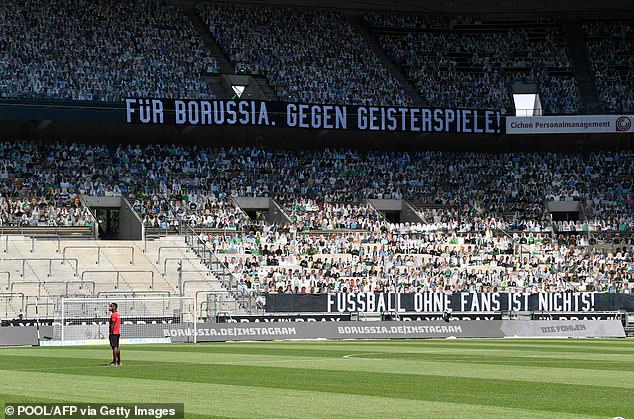 The sun beamed down on an empty Borussia-Park, filled with thousands of cardboard fans

Gladbach, still hurt from their disappointing performances against Werder Bremen and Bayer Leverkusen, had seemingly outplayed Union and left them checking their shoulder in the relegation battle before the half-time whistle had been blown.

However, as Union have illustrated numerous times this season, they will not go down without a fight and five minutes into the second half, they halved the deficit.

Top goalscorer Sebastian Andersson was on the end of a free-kick routine and suddenly – against the run of play – Gladbach found themselves sweating as Union’s bulldog-like approach had broken through their defences.

The hosts almost immediately re-installed the two-goal lead after Patrick Hermann rounded the goalkeeper but could only strike the ball into the side-netting.

Normality was restored on the hour mark, as Thuram, who had already scored on the afternoon, netted his second as he just had to side-foot the ball from a well-placed Alassane Plea cross.

The goal meant Thuram hit double figures for the season along with his eight assists, whilst Plea took his assist tally to ten for the campaign. Their partnership has been integral in Monchengladbach’s Champions League hopes for next season. 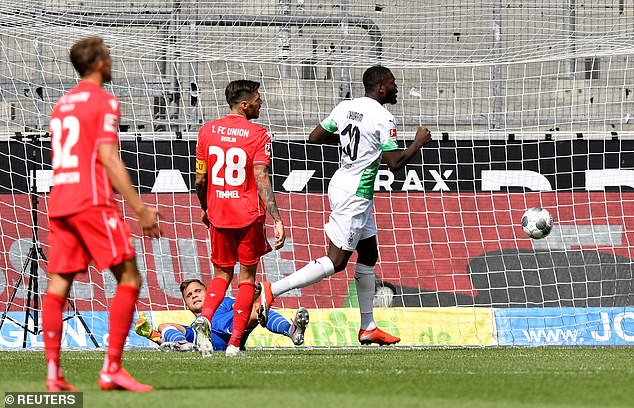 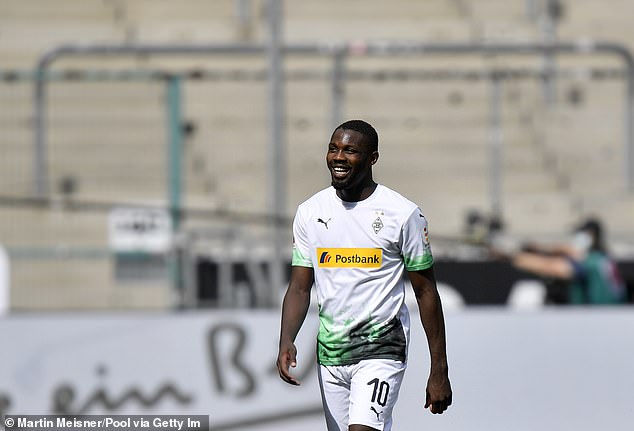 Union – testament to their character – threw bodies forward and created chances as the clock ticked towards full-time. Substitute Joshua Mees gave goalkeeper Jan Sommer a moment to think about, as his effort powered just past the post with 15 minutes left to play.

However, their efforts were in vein as Alassane Plea claimed his much-deserved goal with a clever first-time finish from a Ramy Bensebaini cross.

The three points could prove vital for Borussia Monchengladbach, who jumped up to third in the Bundesliga table. They find themselves in a tight back-and-forth with RB Leipzig and Bayer Leverkusen for Champions League football next season.