A senior Queensland bikie has been charged with the murder of outlaw motorcycle gang defector Shane Bowden on the Gold Coast.

Queensland Police said on Saturday the arrested 46-year-old from Chuwah was believed to be the president of the Brisbane West chapter of the Mongols.

His name is Ian Robert Crowden, according to media reports. 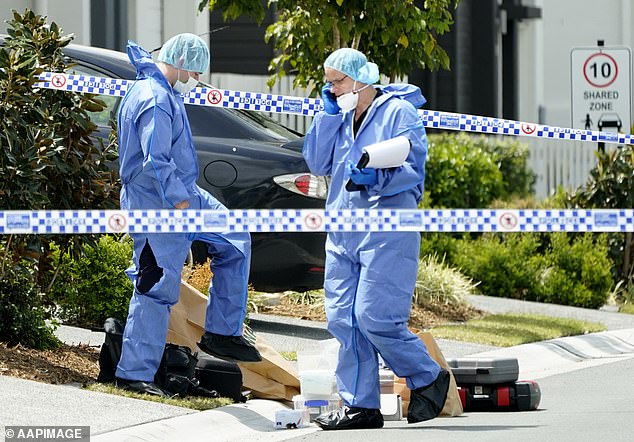 Forensic officers at work after Bowden’s shooting death at Cox Road, Pimpama on the Gold Coast on October 12, 2020

The murder charge comes after police released new vision on the lead up to the shooting on July 1 and appealed for public assistance.

The CCTV footage showed Bowden driving into a garage unit at his Pimpana complex as two men trailed behind.

The pair, one carrying a long firearm, could be seen running from nearby vacant land and rushing the car as he parked, before unloading a flurry of bullets.

A total of 21 rounds were fired, 19 from a machine pistol and two from a shotgun before the offenders ran back to a waiting silver commodore and fled.

Homicide squad detectives said on July 1 they were without doubt the Mongols orchestrated the execution of Bowden, as he sat in his BMW.

Police allege three weeks before the brazen execution, Mr Bowden’s car had been fitted with a GPS tracker. 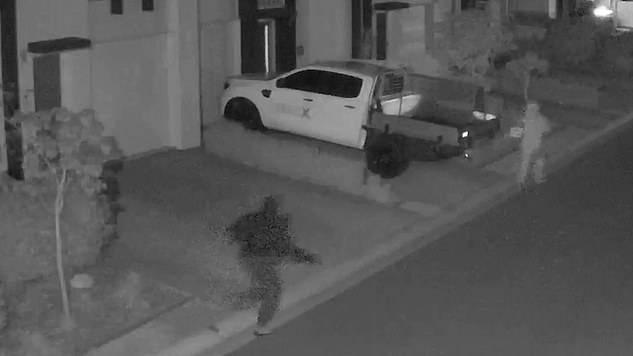 Two men are seen running down Shane Bowden’s street as he arrives home around midnight on October 12, 2020

Superintendent Smith at the time warned others potentially involved in the murder to come forward to help with the investigation or risk getting locked up and missing their families.

Police issued a $250,000 reward for information leading to a conviction.

Mr Bowden was initially a member of the Finks criminal bikie gang, part of its ‘terror team’ jailed over the Gold Coast’s so-called ballroom blitz brawl in which three people were shot and two stabbed in 2006.

After his release, he defected to the Mongols but was booted out and rejoined the Finks just before he was shot.

On Saturday, Queensland police said investigation continues and warned people with vital information of the consequences of not assisting.

‘I remind others with knowledge of this crime of the availability of both a reward of $250,000 and an indemnity,’ Superintendent Smith said.

‘It is time for these people to take steps to assist the investigation.

‘They need to ask themselves do they want to be a witness or a potential defendant facing life imprisonment.’ 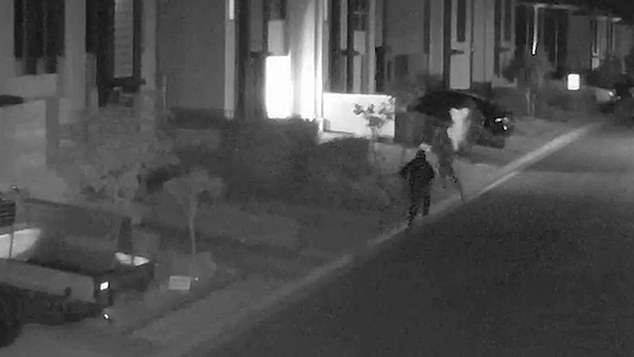 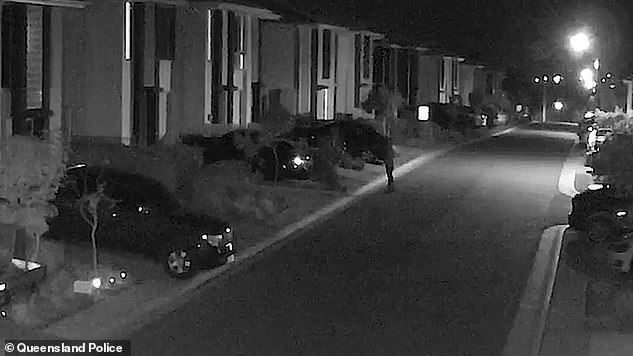 More CCTV footage showed one of two men laying on the ground to place a GPS tracker under Bowden’s black BMW three weeks before his alleged murder, police claimed