In the disturbing video the older man films as he accuses the youngster of tampering with his car.

The video, which has been viewed more than 178,000 times, is filmed in a moving vehicle as the driver interrogates the teenager. He denies attempting to steal the car as the thug grows more aggressive while the teenager becomes scared.

‘No, it wasn’t going or anything, bro. It had no oil in the radiator,’ the passenger says.

‘Like, I was trying to fix the chassis and that for you,’ he replies.

‘Chassis? How do you know to fix my own car bro? There’s nothing wrong with it.’ 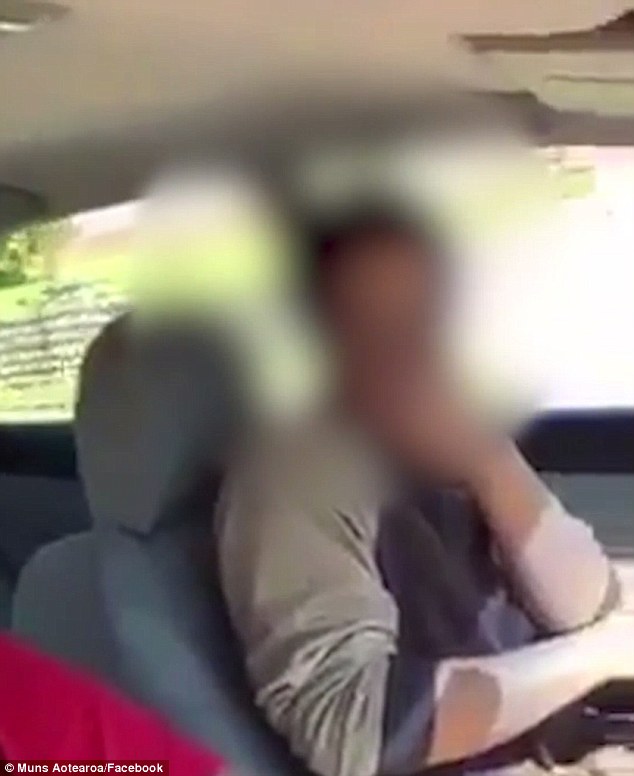 The older man hits the youth in the face hard, shocking the youngster and upsetting him 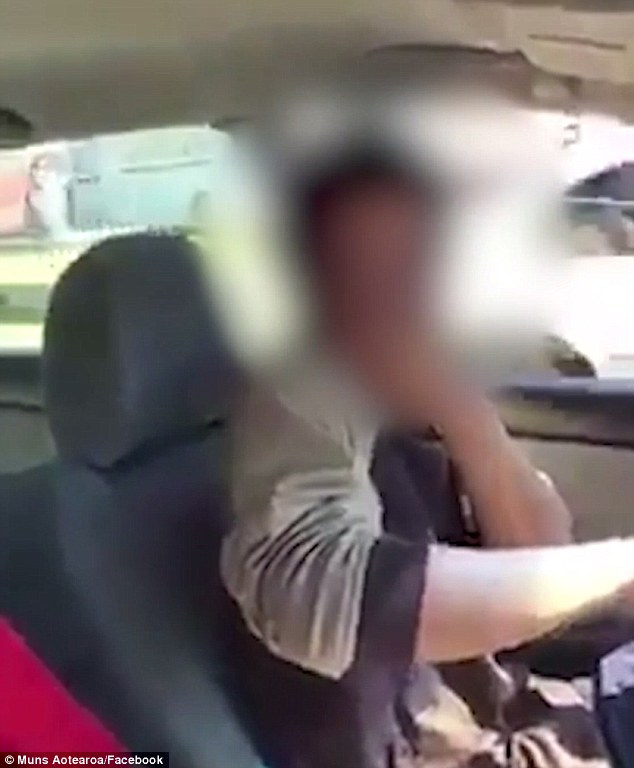 The youth is then whacked in the face by the driver who unleashes a series of threats while still in control of the car.

After he is hit, the passenger becomes visibly upset and begins crying while holding his hand to his face.

The video was credited on Facebook to a social media user who is believed to have links to the Mongrel Mob.