A car owner was baffled to discover that a monkey had caused a metre-wide dent in the roof of his car after he used to soften his landing while jumping off a balcony.

The monkey was filmed causing the damage on CCTV in Mohali in Punjab, India on September 15.

In the video, a silver Chevrolet is parked on a paved side street.

The street seems quiet and nothing unusual catches the viewer’s eye.

Until suddenly, a large monkey appears having just leapt from a balcony feet first.

He falls quickly and has his landing softened by the car’s roof, which dents immediately under the impact.

Despite a lack of sound on the footage, the car alarm presumably sounded as the car’s lights began to flash under the impact.

In the top left corner, the monkey can be seen leaping from the balcony towards the silver Chevrolet parked on a paved side street in Mohali in Punjab, India 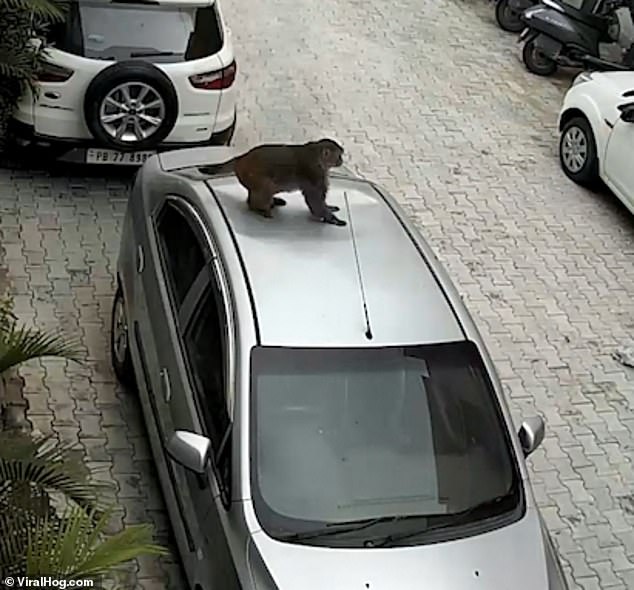 The monkey looks around briefly as if to see if anyone had witnessed his vandalism.

He then causally strolls down the car’s windscreen and off of the car to continue on his journey.

The unnamed owner of the vehicle said: ‘I went to my hometown on the weekend with my other car. 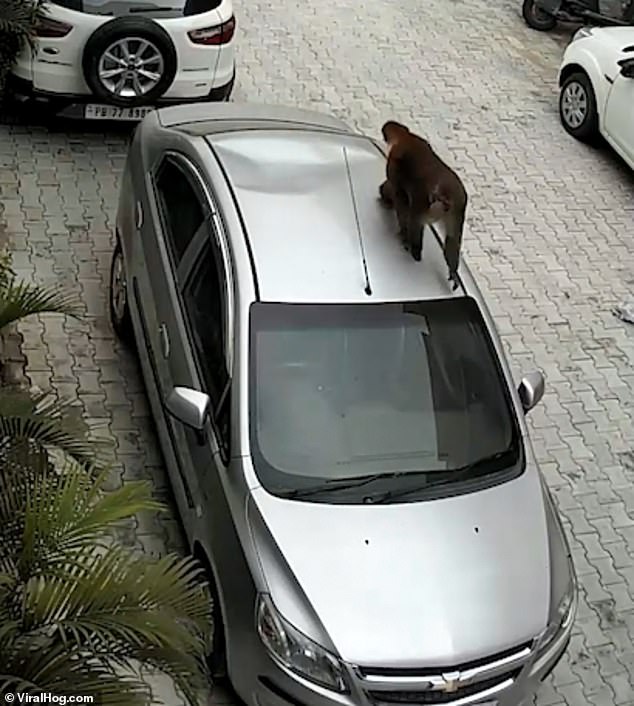 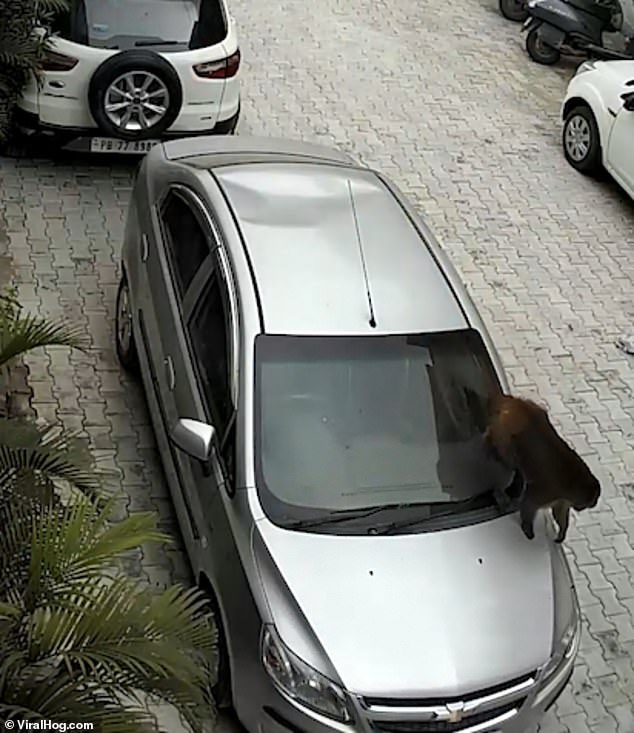 ‘When I came back and I was shocked to see a big dent in my roof.

‘The dent was so big It looked like someone had jumped all over my car.

‘I started investigating the CCTV cameras and was even more shocked that from nowhere, a heavy weight monkey came to my house and jumped from the balcony over the car.

‘The impact was such that he damaged half of my car roof.’

It is not yet known whether the car owner will make a claim on his insurance to cover the repairs from the bizarre incident.

The weirdest insurance claims made (and won) against monkeys 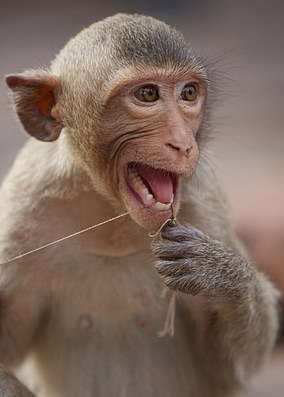 The weirdest insurance claims made against monkeys