Montana has the highest suicide rate in the U.S. – and extremely limited resources to take on the problem.

With nearly 26 suicides for every 100,000 residents, Montana’s suicide rate has increased 38 percent since 1999 – and far surpasses the national average of 13.5, NBC News reported.

Residents of the rural state who struggle with mental health have the odds stacked against them. Montana has less than 25 percent of the mental health providers necessary to care for the more than 1 million people who call the state home, according to the Health Resources and Services Administration.

Many residents have guns – and outdated stigmas about mental health. Alcohol consumption is high and winter daytime hours are short.

To make matters worse, state lawmakers recently closed a massive budget hole, in part, through deep cuts to Montana’s health department, which took most of the mental health funding with it. More than 100 mental health care providers were laid off across the state, and 10 rural health care programs were forced to close, according to the Behavioral Health Alliance of Montana.

‘We have a perfect storm when it comes to suicide,’ said Karl Rosston, suicide prevention coordinator for Montana’s Department of Public Health and Human Services, in an interview with NBC News. ‘We have a lot of factors that are all happening at the same time.’

Montana Gov. Steve Bullock has made efforts to address the issue, and his office says mental health funding has grown by millions of dollars since 2011 – even when taking into account the recent budget cuts.

Despite that, the National Alliance on Mental Illness (NAMI) found that Montana’s mental health funding fell below other comparable states from 2009-2015.

But it remains unclear if it will be enough to reopen facilities that closed under budget cuts.

That’s cold comfort in Lincoln County, where Amy Fantozzi is the sole behavioral health employee for its nearly 20,000 residents.

‘In Montana there’s a huge amount of stigma that surrounds mental health,’ Fantozzi told DailyMail.com. ‘It’s hard for people to reach out for help and there’s not a lot of knowledge in the general community about what mental health is so we’re really pushing to raise awareness’

She’s focused on training people in mental health first aid – which teaches people how to spot signs of mental health crises and take initial steps to intervene and refer someone in need.

While mental health first aid is an important stop-gap measure, it can’t replace having sufficient providers who are trained to care for people in need.

Lincoln County has just one hospital and ever since a non-profit mental health provider closed a local clinic (one of 12 that served 15,000 before closing last year), the only option for patients in crisis is to go to the emergency room.

‘It’s just hard,’ Fantozzi said. ‘Everybody is overworked. It’s hard to add one more thing on to their plate.’ 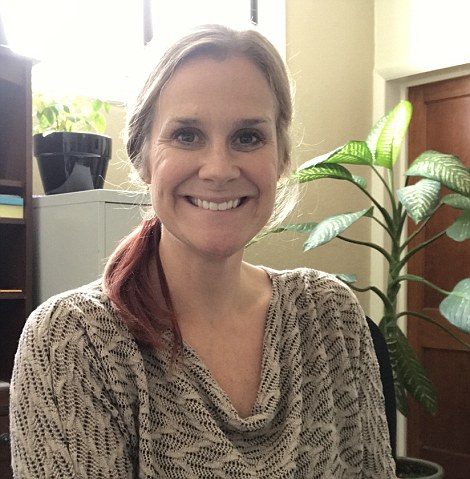 Amy Fantozzi is the sole behavioral health employee for all of Lincoln County, Montana

Not all populations are affected in the same way by the suicide epidemic. For example, the suicide rate among Montana’s Native American population was 22 percent higher than the state’s average between 2005-2014, according to the Department of Public Health and Human Services.

More than a half dozen of Laurencia Starblanket’s friends and relatives have committed suicide. The 19-year-old member of the Salish Tribe first experienced that kind of loss as a child when her aunt killed herself. Since then three of her friends, two cousins and an uncle all killed themselves.

‘It’s hard. You lose a lot,’ she told NBC News, adding that after her uncle died, ‘I didn’t want to do anything. I just laid in bed.’

Veterans can also be particularly vulnerable: They accounted for more than 200 suicides from 2013-2016, according to the state Office of Vital Statistics.

‘It’s one of those things, especially if you’re a male, not to ask for help,’ Army Veteran Ryan Ranalli told NBC News. ‘People I served with, they don’t want to reach out and say, “Hey, I’m having some problems, and I need to talk to somebody.”‘

Struggling with survivor guilt in 2012, he came close to killing himself one night in his garage before his wife found him and convinced him to get help.

But local resources were nowhere to be found and Ranalli wound up traveling to San Diego for months of treatment.

When he returned to Montana he made it his mission to get a permanent veterans mental health clinic in Helena. After a letter-writing campaign he finally saw a facility open earlier this year, which has since provided care for nearly 150 veterans and their families.

He pursues his own ongoing treatment through the facility and has plans to start speaking publicly about suicide prevention.