Gerald Harris, the attorney for Big Horn County, Montana has called for an ‘immediate crackdown’ on expecting mothers who abuse drugs or alcohol

A Montana prosecutor wants to put pregnant women who drink or use drugs in jail in order to protect the fetus, it was reported on Friday.

Gerald Harris, the attorney for Big Horn County, has called for an ‘immediate crackdown’ on expecting mothers who abuse drugs or alcohol.

Last Thursday, he wrote that the state ‘will seek an order of protection restraining a pregnant female from any non-medically prescribed use’ of these substances.

The proposal was first reported by Big Horn County News.

Harris is particularly concerned about pregnant women who use methamphetamine and opioids.

According to Montana state law, a fetus is defined as ‘an organism of the species of Homo sapiens from eight weeks of development until complete expulsion or extraction from a woman’s body.’

Harris said that mothers would not be given ‘immunity’ from the rule, even if their pregnancy was the result of rape or incest.

‘In the event an expecting mother chooses to abort an unborn child instead of refraining from drug or alcohol use and litigation extends beyond our local courts, we trust Attorney General Fox will make the right decision on behalf of all Montanans and continue this fight to the extent necessary to ensure justice is afforded to the most vulnerable of our society,’ Harris said.

Prosecutors in the Montana Department of Justice could not definitively say if Harris’ proposal was legal.

‘I don’t think this has ever been done before,’ a spokesperson for the state DOJ said.

‘I don’t think the legality of this has been settled.’

According to Harris, the new directive is in line with the Montana state constitution, which says that all people ‘have certain inalienable rights’ including ‘enjoying and defending their lives and liberties’ and ‘seeking their safety, health and happiness in all lawful ways.’

‘This policy rests upon a legal concept known as the “Natural Law,” which provides that all human beings are afforded inherent legal rights by virtue of their humanity,’ according to Harris.

He said he wants to deter mothers who put their ‘unborn children’ at risk of ‘a potential lifetime of disability and hardship.’ 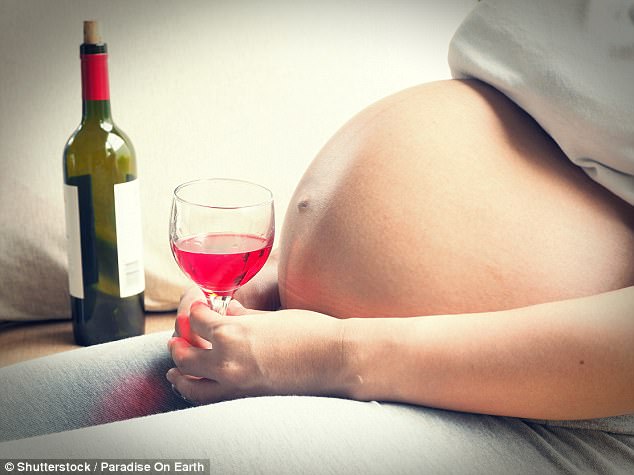 Last Thursday, he wrote that the state ‘will seek an order of protection restraining a pregnant female from any non-medically prescribed use’ of these substances. The above stock image shows a pregnant woman with a glass of wine in hand

Harris believes that removing a child from his parents’ custody after the mother gives birth ‘is not timely and has not proven to be a sufficient deterrent.’

‘I am somewhat regretful that it [wasn’t implemented sooner].’

While health advocates agree Harris’ proposal was made with good intentions, they say experience shows it to be ineffective.

Punishing drug users by sending them to jail has not worked because addiction should be viewed as an illness and not a crime, advocates say.

‘Substance abuse is a medical condition to be treated, not punished,’ said Ashley Quanbeck of the Bighorn Valley Health Center.

A 2011 study by The American College of Obstetricians and Gynecologists found that putting an expecting mother in jail ‘with an intent to produce healthy birth’ has ‘proved to be ineffective.’

Mandated drug testing has also backfired since it deters moms-to-be from seeing their doctor, according to Quanbeck.

‘Studies – pretty well across the board – show [incarceration] does not protect the babies from substances and it is detrimental, because it keeps women from coming in for prenatal care,’ Quanbeck said.

‘Women who are using substances, and are afraid they will be thrown in jail or lose their other children…will simply not come for care.

‘What Mr. Harris is trying to get at is well intended: He wants to get people clean, so their babies are safe.

‘But the way in which he’s doing it is probably not the most informed and if there’s a way – as a medical community – we can come to a better outcome, that’s what we’d like to do.’