More people have died in school shootings than while serving in the U.S. Military so far in 2018.

After the most recent incident Friday, which left 10 people dead at a Texas high school, 31 people have been killed in shootings so far this year, according to a Washington Post analysis of Department of Defense data.

By comparison, 29 military service members have died in the same period of time. Of those, nine were killed in a plane crash in Georgia earlier this month, and seven were caused by a helicopter crash in Iraq in March. Three military deaths were not related to combat.

Residents attend a prayer vigil to remember the victims from the Santa Fe high School shooting at Walter Park Hall on May 20 in League City, Texas. Dimitrios Pagourtzis entered the school with a shotgun an a pistol on May 18, opening fire and killing 10.

It remains unusual for school shooting deaths to surpass military deaths in the U.S. For example, in 2017, more than six times as many American service members died than victims of school shootings did.

In addition, more than 50 million students attend public schools in the U.S., compared to roughly 1.3 million people in the military. Given those figures, a member of the military is 40 times as likely to be killed as a public school student is to be shot to death.

Despite that perspective, 2018 is shaping up to be a deadly year. When comparing data from this point in the year to prior years, more people have been killed in school shootings in 2018 than in any other year since 2000.

Friday’s shooting in Santa Fe, Texas, about 30 miles southeast of Houston pushed the school shooting numbers over the edge. The numbers were also significantly bolstered by the Feb. 14 shooting death of 17 people at Marjory Stoneman Douglas high School in Parkland, Florida.

Without those two incidents, the total would be four deaths in 14 school shooting incidents in 2018. 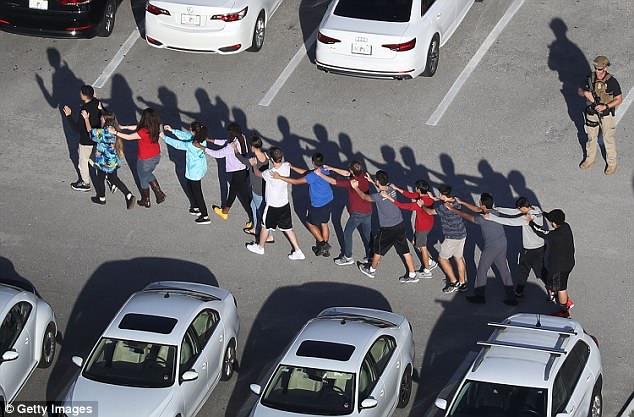 The shooting at Marjory Stoneman Douglas high School in Parkland, Florida, remains the deadliest mass shooting of 2018. People were brought out of the school with their hands on each other’s shoulders (left) in the immediate aftermath of the Feb. 14 attack, which left 17 people dead 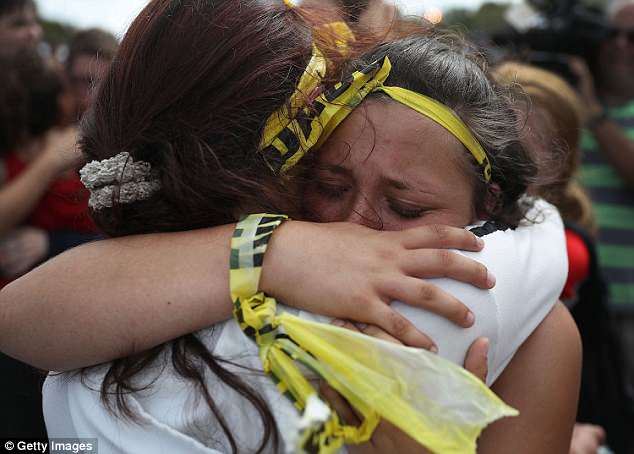