More heartbreak for Hugh Sheridan as his ‘beautiful’ friend dies

Hugh Sheridan has penned a heartbreaking tribute to his ‘beautiful’ friend who passed away recently.

The Packed to the Rafters star, 35, revealed on Instagram on Monday that Imelda Blackwell, whom he’d known for two decades, had died.

He wrote in the lengthy post: ‘In my essay published a little while back [about his sexuality], I mentioned love has always come in so many different forms to me. I love people who inspire me.’

Tribute: Hugh Sheridan (left) has penned a heartbreaking tribute to his ‘beautiful’ friend, Imelda Blackwell (right), who passed away recently

‘Not all love is sexual, and I don’t think people always understand that. The fact is, I love many different people for many different reasons,’ he continued.

Hugh went on to explain that he and Imelda shared a deep connection.

‘I’m interested in connecting on a human level. More often it was love of the mind, the heart, the way in which we look and understand each other, the long laughs, uncontrollable laughs, the advice and care we give and are given,’ he wrote. 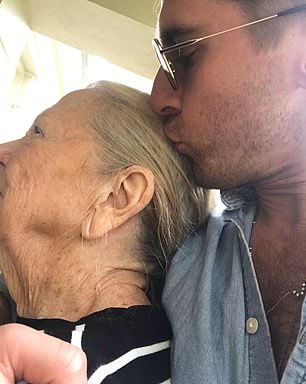 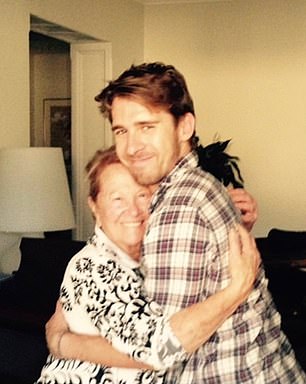 Best friend: The Packed to the Rafters star, 35, revealed on Monday that Imelda, whom he’d known for two decades, had died

‘Today my best friend Imelda Blackwell, with whom I shared this love, passed away.’

The Five Bedrooms star then described the moment he met Imelda more than 20 years ago.

‘I met her when I was eight, having a sleepover with my friend, her grandson. I guess he fell asleep watching Aladdin and I went to the kitchen to have a tea with Imelda,’ Hugh wrote. 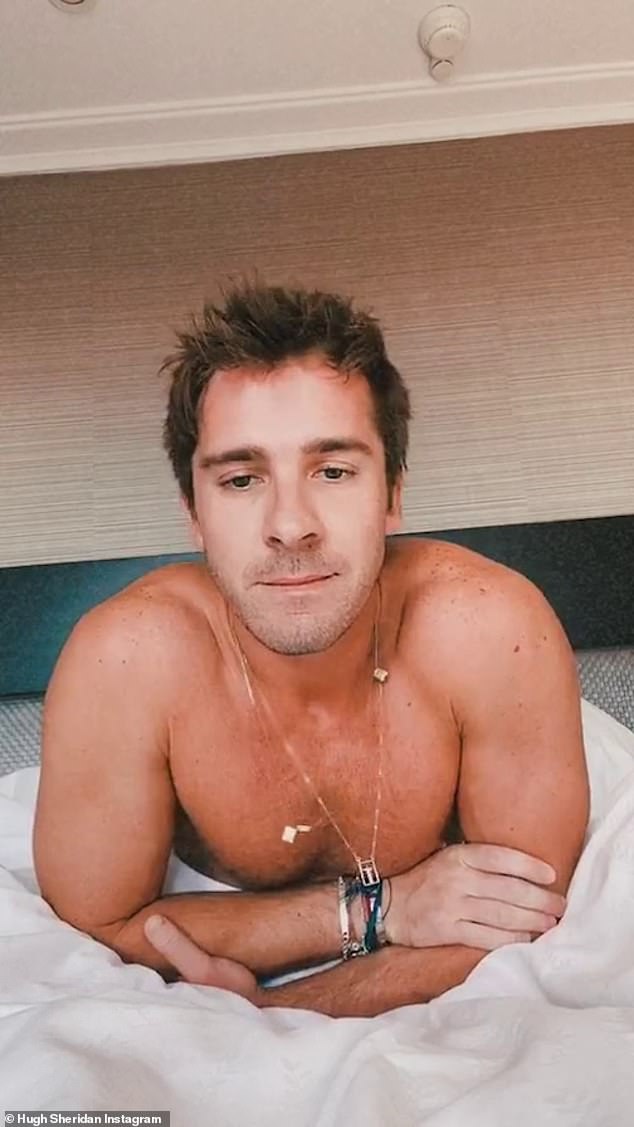 Devastated: Hugh explained the pair had formed a close relationship, having met Imelda over 20 years ago, when he was eight years of age at a sleepover

He said the pair would often stay up and talk for hours, and soon formed a close relationship.

Hugh concluded the tribute by writing: ‘I miss you, Imelda. I always do, but you promised me when you left the physical world you’d be all around me.

‘I could use your physical hug right now, but the courage, memories and joy you gave me I will forever treasure and share. Farewell my friend and give Paul a hug from me.’ 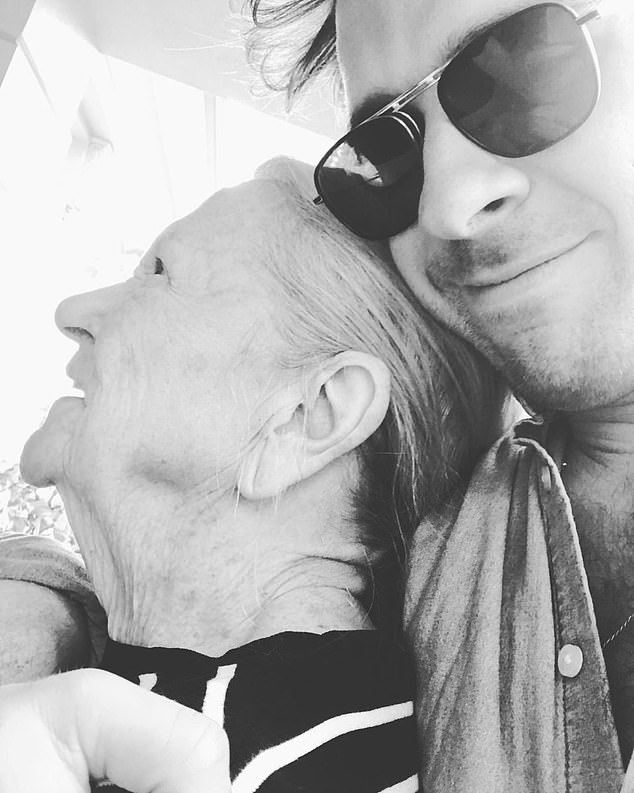 ‘I could use your physical hug right now, but the courage, memories and joy you gave me I will forever treasure and share,’ he sweetly wrote underneath a collage of photos of them together

Last week, Hugh was admitted to hospital and was understood to have been undergoing mental health treatment following controversy surrounding his casting in the upcoming Sydney production of Hedwig and the Angry Inch.

The musical was pulled from the 2021 Sydney Festival after an LGBTQIA+ group, Queer Artist Alliance Australia, wrote an open letter slamming producers for casting Hugh to play a transgender character. 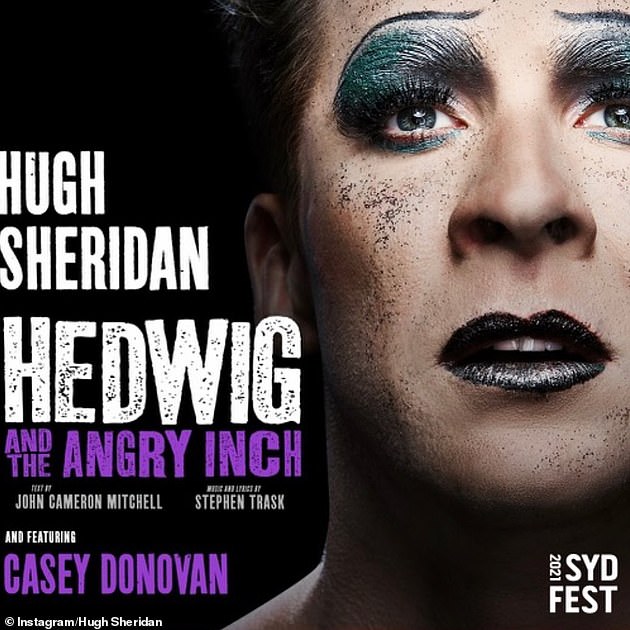 Leading role: Hugh, best known for his role on Packed to the Rafters, was cast in the transgender role of Hedwig (pictured)

Hugh was left ‘heartbroken’ after he was inundated with messages from trolls on social media over his casting as Hedwig, a close friend of the actor told Daily Mail Australia last Friday.

The source revealed that Hugh now hopes to raise awareness of the effects of online bullying, and encourages others to seek mental health treatment when they need it.

The friend said: ‘All this did was break his heart. There comes a point where enough is enough and you need to ask for help. There is only so much you can take before you ask for help, so he asked for help.’ 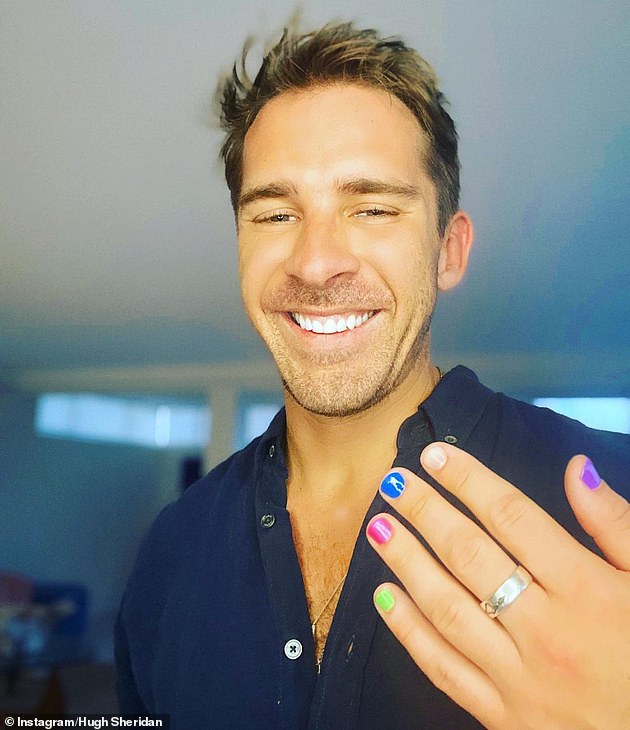 No more: Producers of Hedwig and the Angry Inch have cancelled the play’s 2021 Sydney Festival season after an open letter was published about casting Hugh (pictured)