More than 100 former Thomas Cook employees have launched legal action against the collapsed travel firm after losing their jobs.

It comes after it was also revealed that the travel firm were still hiring more staff just days before it went into liquidation.

Former staff members claim the firm acted unlawfully in their dismissal and have now appointed lawyers to seek redress through an employment tribunal.

Ex-staff members said the company failed to keep them up to date with the status of the operator.

Speaking to the BBC, lawyers from Simpson Miller said thousands of former employees could be due a windfall.

Current employment laws state that workers are entitled to a Protective Award if they are made redundant from an office. The office has to employ more than 20 people and those affected could be entitled to up to 90 days’ pay.

One worker, Claire Hoang, who is part of the legal bid said she woke up on Monday with no job and is now looking for solutions. 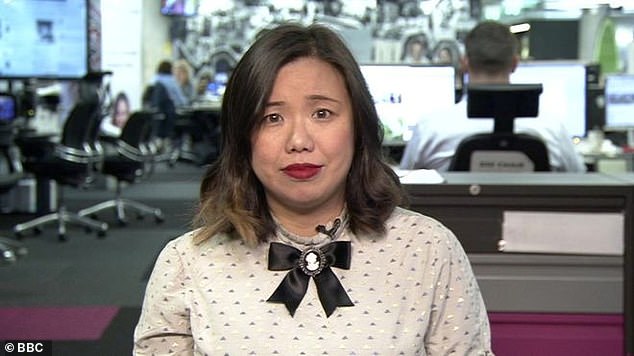 ‘I’ve lost that month’s income. I’ve also had over £700 of expenses I’ll never get back.

‘Company troubles had been hanging over us – but we always thought they’d be a bailout. We were always given the mantra: ‘don’t worry about it we’ll sort it out’, she told the BBC.

This is while one man claimed he had been headhunted over the summer and that he hadn’t even seen a pay cheque before the company was liquidated.

David (not his real name) said a senior executive at the firm met him face to face to reassure him of the legitimacy of the businesses.

‘We were told there was a recapitalisation in the works – and that it was quite simple and always happen. Then last week the message changed. The deal was still a game changer, but there will be a lot of noise in the media and we should ignore it.

What is a Protective Award?

A Protective Award is a form of compensation that can be given to former staff members.

It can be given when staff are moved from one company to another and their employer fails to engage with them.

The award can also be given if 20 or more employees are made redundant at a workplace and the employer fails to properly inform them.

It is the legal duty of the employer to inform the staff members.

When this has been breached it can be brought to an Employment Tribunal.

Workers can get up to 90 days’ pay in cases of redundancy and up to 13 for employment transfers.

There is no minimum length of service to claim the Protection Award.

‘Then on Friday we were told the next 48 hours are critical and the negotiations are in a critical phase. The same day letters went out to people offering them jobs.’

David said it had been ’embarrassing’ having to sign onto the dole, and that being unemployed had already started to eat into his savings.

He added that the whole situation ‘demonstrates how poorly managed the whole thing was.’

When a company is preparing to make redundancies it has to consult its staff members, letting them know their jobs could be at risk and offering them different phasing packages such as a cut in hours.

Many Thomas Cook employees have said they were not offered this courtesy and that the first they had heard of the situation was when it went bust.

One flight had been in the air when the company went into liquidation with the crew only learning their fate when they landed.

Employment lawyer Aneil Balgobin said that 9,000 families have lost a breadwinner and that ‘£2,000-£3,000’ makes a different when someone is job hunting.

A spokesperson for the Thomas Cook liquidators said: ‘We will co-operate with the tribunal process during the liquidation.’