An investigation has been launched into the mass death of native birds found in a kill ‘hotspot’.

However when she arrived she found there were ‘dozens upon dozens’ of birds killed.

The Victorian Conservation Regulator is now investigating the horrific discovery. 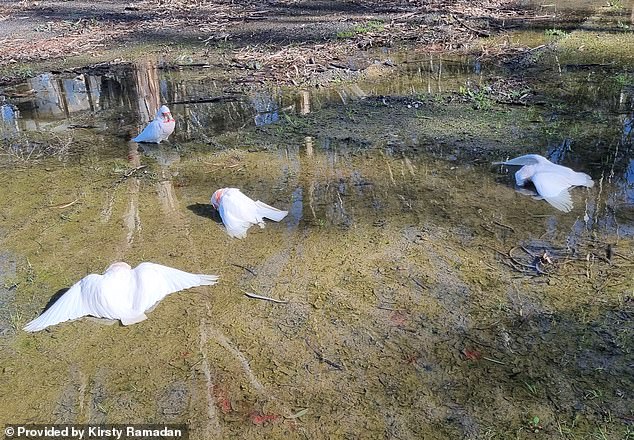 The birds were found around the river, in puddles, and in the water (above) which suggests extreme thirst triggered by a mass poisoning

‘I headed out, not knowing what to expect but when I arrived in Barmah it was clear that something was seriously wrong,’ she told Daily Mail Australia.

‘These birds were dropping dead out of trees, in mid air and falling into the Murray River and puddles due to excessive thirst, which is a symptom of poisoning.

‘I was not able to retrieve many dead birds which were floating in the water further along the river. I suspect there may have been more still alive and suffering.’ 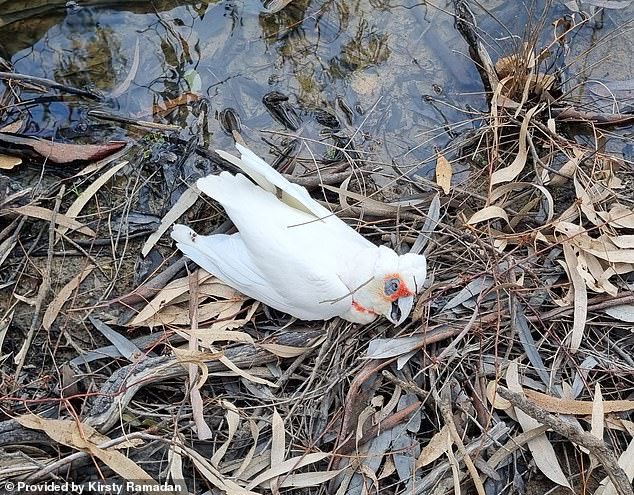 Long-billed corellas (above) are a native bird found in Australia’s south-east which are often regarded as a pest by grain farmers in Barmah, Numurkah, Nathalia, and Kyabram

Long-billed corellas are a native bird found in Australia’s south-east which are often regarding as a pest by farmers.

Barmah – along with Numurkah, Nathalia, and Kyabram – are regarded as ‘hotspots’ for mass bird deaths, including native parrot species.

Ms Ramadan said she collected 106 long-billed corella bodies and early investigations suggested the birds were killed from a poison-laced grain. 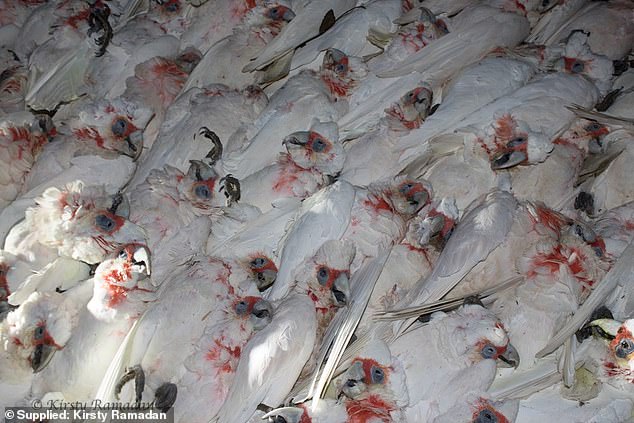 ‘Severe haemorrhaging in the entire intestine and a gizzard full of stained material all points to poisoning,’ she said.

‘In the past some grain companies as well as farmers have laid out laced grain to poison birds.

‘The harsh reality is though, that even if we are able to determine what substance has been used, the likelihood of the culprits being identified and prosecuted is almost zero.’

The Department of Environment, Land, Water and Planning said native birds can be attracted to baited grains intended to kill rodents. 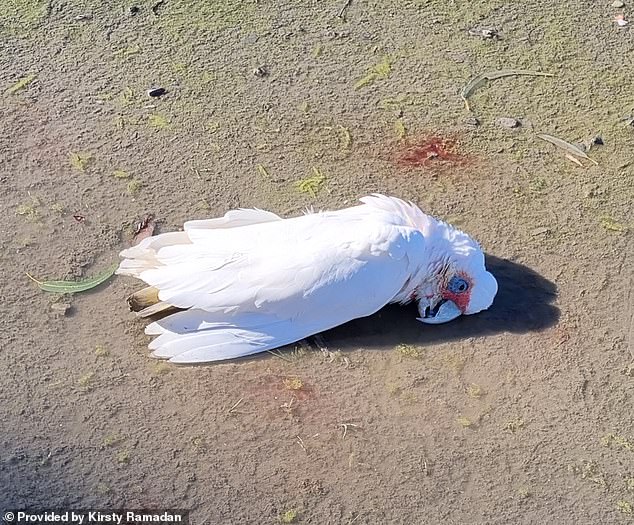 However it is also investigating whether a disease – such as psittacine beak and feather disease – could have caused the kill.

If a person is found guilty of killing wildlife by poison they can face up to $18,174 in fines and six months in prison.

While it has not yet been confirmed whether the birds were killed by poison, Ms Ramadan has urged people to stop using poisoned bait because it can lead to the secondary poisoning of native animals. 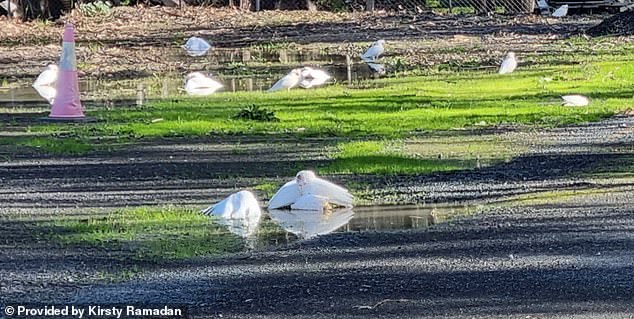 Ms Ramadan said she saw the birds: ‘dropping dead out of trees, in mid air and falling into the Murray River’ (above) following a suspected mass poisoning

‘If you know anything about people doing the wrong thing in relation to poisoning birds, please come forward,’ she said.

‘We need to reconsider the methods we use for rodent control as well as realise that substances we use end up in the environment.’

Pathology tests on the birds will confirm the cause of death in coming weeks.