The world leaders were pictured standing side by side in the rain at the Arc de Triomphe to pay tribute to those who died in the First World War, 100 years to the day since the guns fell silent.

One of the biggest security operations in French history swung in to action on Sunday as the world leaders prepared to attend the ceremony.

Ten thousand dedicated police officers lined the streets of Paris along with military units to guard 80 VIP guests, including Princess Charlene of Monaco and her husband Prince Albert II. 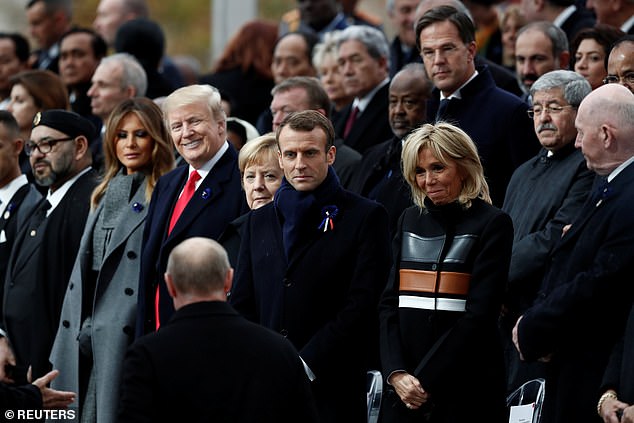 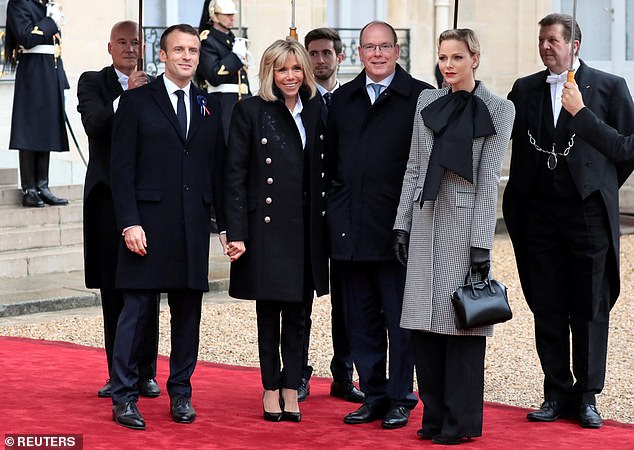 Most will travel in official buses, while Mr Trump has special permission to use his ‘Beast’ armoured Cadillac limousine because he is considered the highest risk.

Infrared missiles and rooftop snipers were all available to commanders, along with mobile units of elite anti-terrorist officers.

They will receive maximum personal protection as they accompany French president Emmanuel Macron to the Arc de Triomphe.

‘They will assist in paying their respects at the Tomb of the Unknown Soldier, and take part in a ceremony lasting around an hour and a half’ said an organiser of the historic event.

‘Beyond the regular police and soldiers guarding them, there will be counter-terrorism units operating.

‘Mr Trump has permission to use his own Cadillac because of particular security threats against him.’ 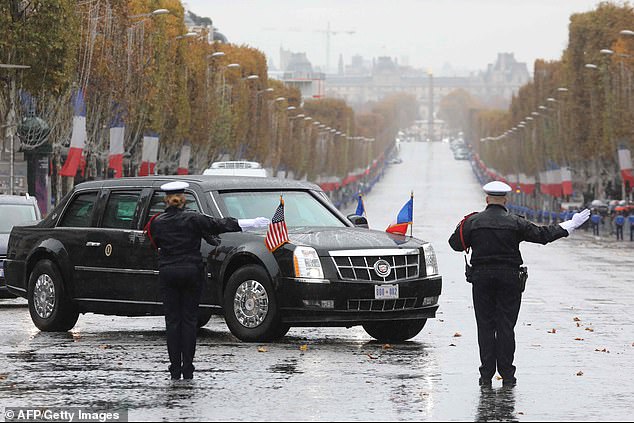 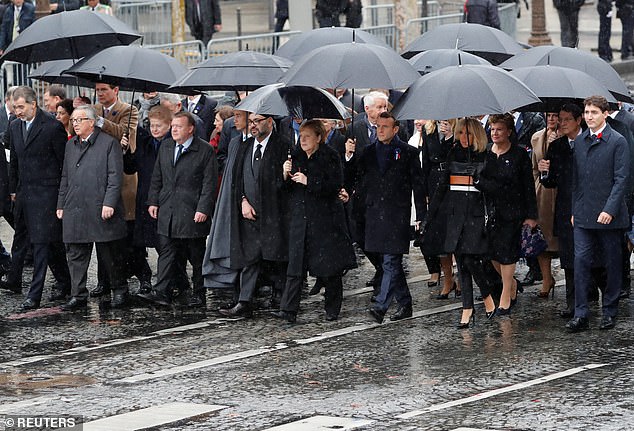 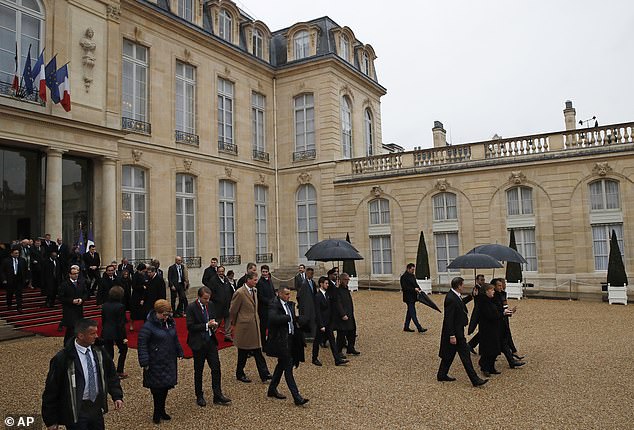 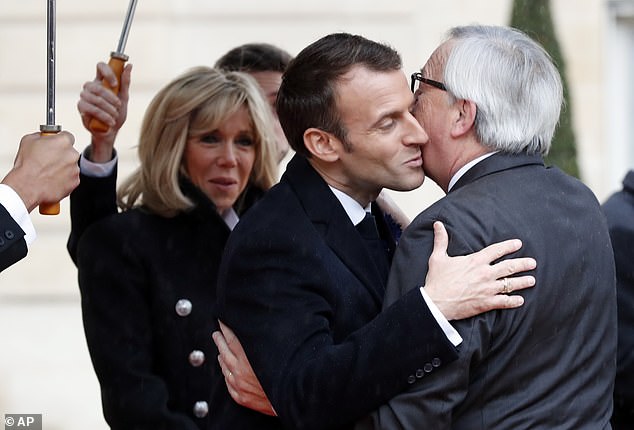 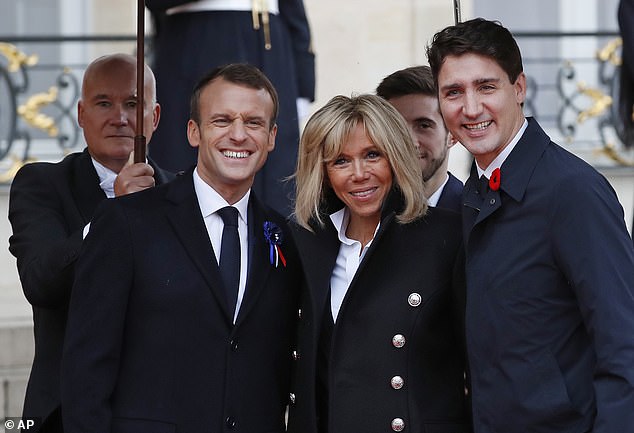 Demonstrations are expected against the American head of state, but these will be confined to isolated parts of the capital, well away from the main commemorations.

Mr Trump is far from popular in France for a number of reasons, including pulling out of the Paris Climate Agreement on reducing carbon emissions.

Mr Trump also caused widespread anger on Saturday by pulling out of a visit to the Aisne-Marne American Cemetery, 50 miles north of Paris, because of ‘bad weather’.

It was claimed that Marine 1 – the presidential helicopter – would have struggled to get there in the rain.

Conservative MP Nicolas Soames, Winston Churchill’s grandson, was among those who considered this excuse preposterous, and considered it an insult to the war dead.

Mr Soames tweeted: ‘They died with their face to the foe and that pathetic inadequate @realDonaldTrump couldn’t even defy the weather to pay his respects to The Fallen.’ 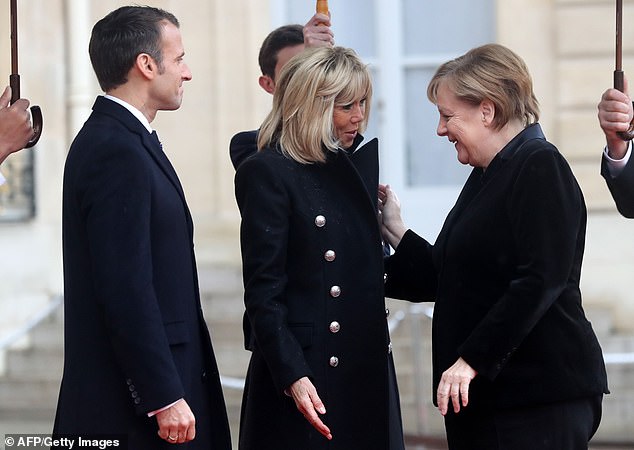 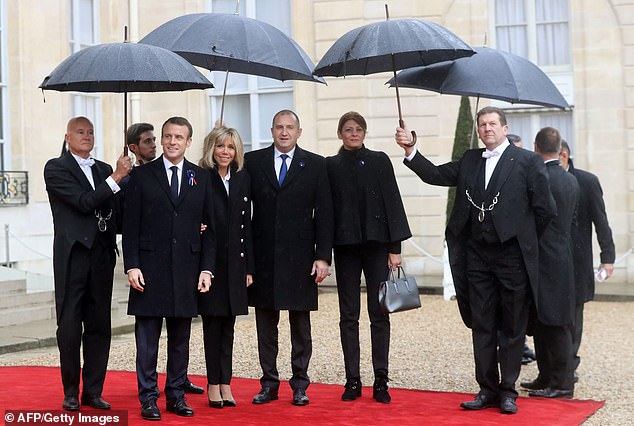 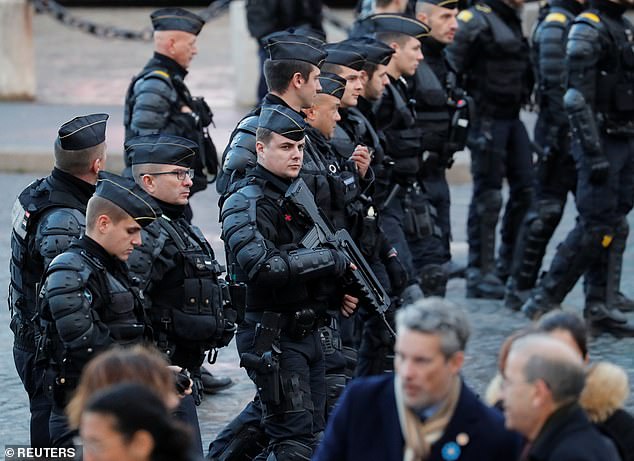 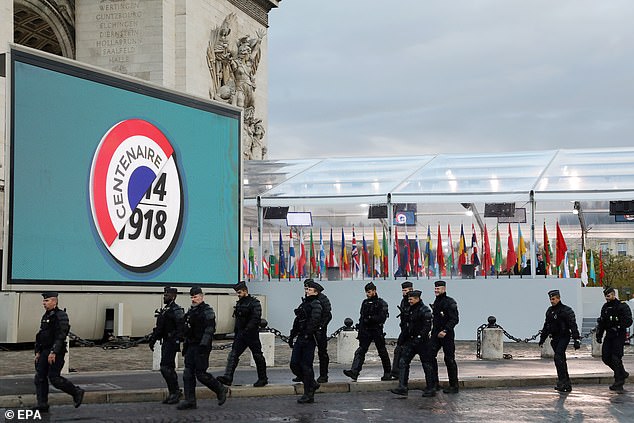 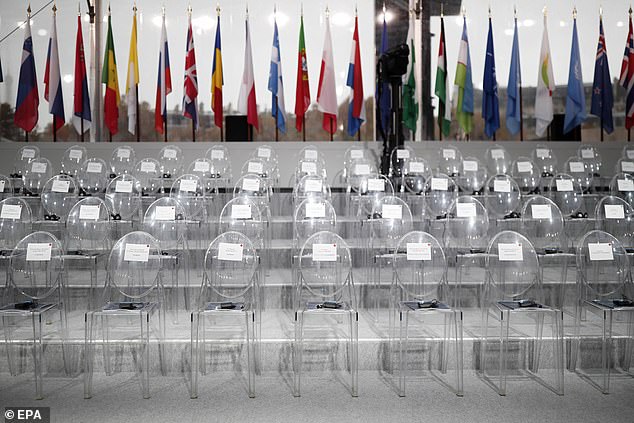 Following today’s ceremony, which starts at 11am, many of the world leaders will attend a Peace Forum organised by Mr Macron, aimed at encouraging international cooperation.

However, Mr Trump has made it clear that he will not attend.

French President Emmanuel Macron was pictured welcoming droves of world leaders to the Elysee Palace on Sunday to mark the armistice.

Standing in the courtyard of the Elysee under slow and steady rain, Macron and his wife Brigitte welcomed some 70 monarchs, heads of state and prime ministers. All will travel together in buses to the Arc de Triomphe for the ceremony.

The commemoration is the centrepiece of global tributes to honour the 10 million soldiers killed during the 1914-18 war and mark the moment the Armistice, signed in northeastern France, came into effect at 11 a.m. on Nov. 11, 1918.

World leaders, including Trump, German Chancellor Angela Merkel and Russian President Vladimir Putin, will be seated under a glass canopy at the foot of the Arc de Triomphe, built by Emperor Napoleon in 1806, for the ceremony.

Macron is expected to speak and light a flame in honour of an unknown soldier who was killed in the war and whose remains are buried with others under the triumphal arch. Afterwards, Macron will host a lunch for the dignitaries at the Elysee.

In a rare public display of emotion by the leaders of two world powers, Macron and Merkel held hands on Saturday during a poignant ceremony in the Compiegne Forest, north of Paris, where French and German delegations signed the Armistice that ended the war. 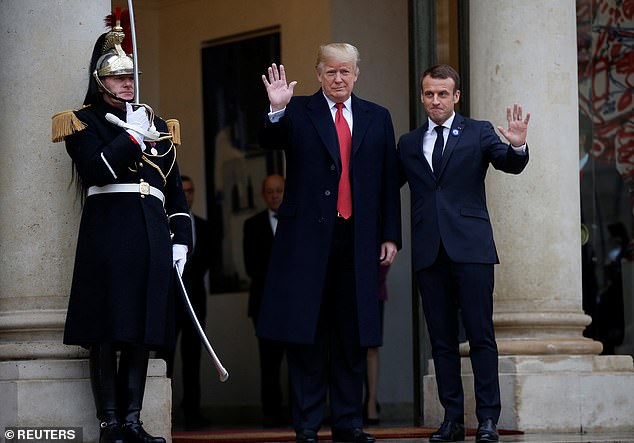 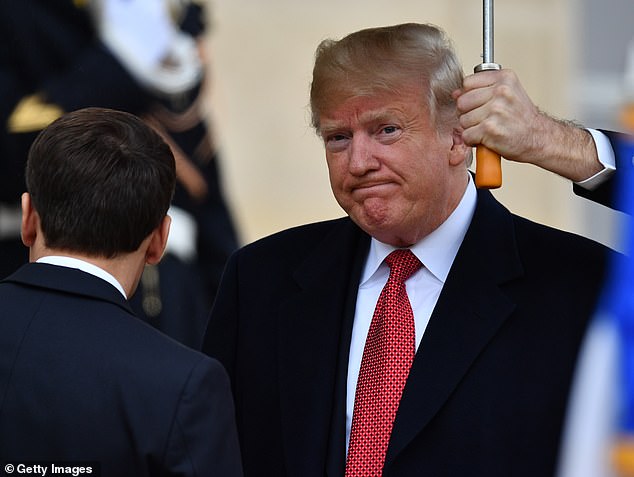 Trump caused controversy by refusing to attend a ceremony for the American fallen outside Paris because of the rain. Pictured: Trump is greeted by Macron at the Elysee Palace Saturday 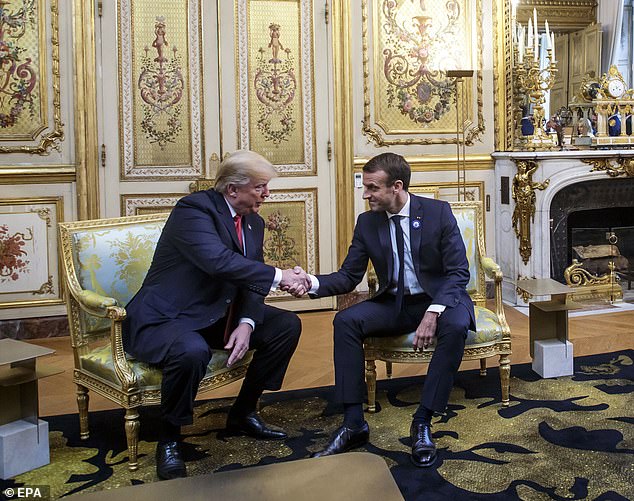