More than 150 Target stores to close in massive restructure

Struggling Australian retailer Target will close 75 of its stores, and convert 92 others into Kmarts, it has announced.

Following a financial review, the company revealed $780 million worth of writedowns to help the embattled retail empire.

Ten to 25 large Target stores will be closed, alongside 50 smaller Target Country stores.

So far, 92 others are being converted into Kmarts, meaning up to 167 Targets will cease to trade.

Announced to investors on Friday morning, owners Wesfarmers said the restructure would reduce Target’s ‘unsustainable’ cost base and allow it focus on the more-profitable Kmart.

Anywhere between Between 122 and 167 Target locations will either be converted or shut- which amounts to around half of Target’s network 284 stores.

Target (pictured in Sydney) has announced the closure of up to 75 of its stores, with others being converted into Kmarts

Target staff will be offered jobs at Kmart or other Wesfarmers companies, including Bunnings and Officeworks.

The closures and conversions are likely to cost the company between $120 million and $170 million over the next year.

A further $140 million will be used for one-off store conversion and stock clearance costs.

‘The actions announced reflect our continued focus on investing in Kmart, a business with a compelling customer offer and strong competitive advantages,’ he said.

‘While also improving the viability of Target by addressing some of its structural challenges by simplifying the business model.

‘While accounting standards require us to recognise an impairment of assets within Target to implement the restructuring, these actions will allow us to enhance the overall value of Kmart Group and further strengthen Kmart.’ 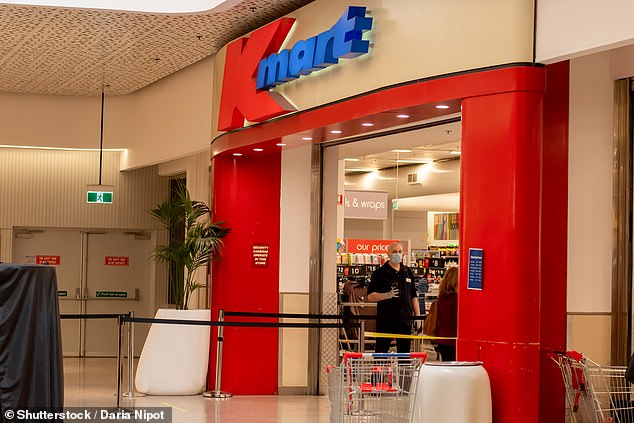