More than 1,500 Britons stranded in New Zealand will be repatriated to the UK

More than 1,500 Britons stranded in New Zealand will be repatriated to the UK on five charter flights this week – but will have to pay up to £800 for a ticket.

The Foreign and Commonwealth Office said those most at risk from coronavirus, like those with existing health conditions, pregnant women, or the elderly, will be prioritised on three flights leaving Auckland and two from Christchurch.

The first plane is expected to depart on Friday and flights will continue to run every second day, with alternating departures from Auckland and Christchurch, the FCO said.

Services are being part-funded by the Government’s £75 million scheme to organise flights from countries where commercial services have been halted due to the pandemic.

Earlier today New Zealand’s Prime Minister Jacinda Ardern said the country will ease a nationwide lockdown next week after claiming success in stopping ‘an uncontrolled explosion’ of the virus.

The first plane is expected to depart on Friday and flights will continue to run every second day, with alternating departures from Auckland and Christchurch, the FCO said 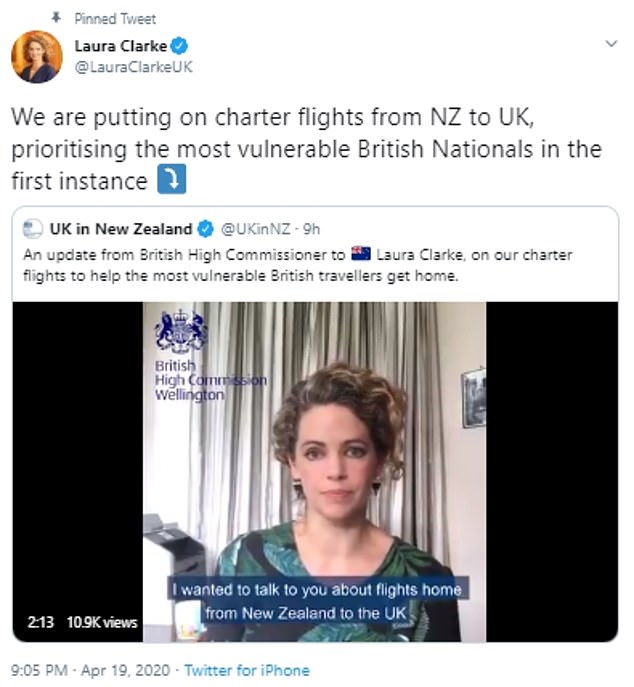 Tickets back from New Zealand will cost £800 per person. Travellers able to prove financial hardship may be able to get an emergency loan from public funds.

British High Commissioner to New Zealand Laura Clarke said the flights are being arranged to bring ‘the most vulnerable’ home.

She said: ‘We will also be including children under 12 and their families. If you fall into those categories my team will be in touch with details on how you can book the flights.

‘I know that many others of you will be disappointed that this offer does not extend to you, but it’s important that we look after those who are most in need in the first instance.’ 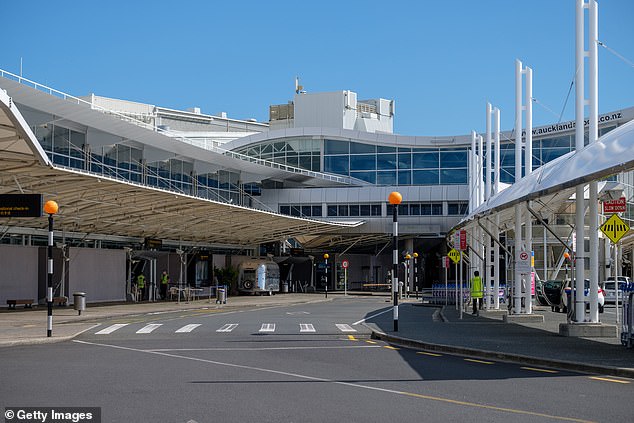 Three flights will be leaving Auckland (pictured, Auckland airport during lockdown) and two from Christchurch

Lord Goldsmith, the minister responsible for New Zealand, said: ‘We promised we would do everything we could to help get Britons home.

‘Getting a commercial flight from New Zealand is now extremely difficult, so we are now going to bring back vulnerable British travellers on charter flights and will continue to support those who remain in the country.’

My thanks to the New Zealand Government for their assistance.’

Some 2,600 Britons have returned to the UK on commercial flights from New Zealand since the outbreak began, the FCO said.

Earlier this month MailOnline spoke to Holly Lacey-Freeman, 29, and her boyfriend Tom Robinson, 32, who were about six months into their travels around New Zealnd before the coronavirus pandemic struck.

Ms Lacey-Freeman said: ‘Right now there is no solid guarantee the flight or route will remain open – some people have either had their flights cancelled (again) or been unable to board the plane due to the airlines overbooking.’ It is unclear whether the couple have now returned to the UK.

The FCO says it has so far brought back more than 7,300 people on 35 flights from 13 countries and is currently pushing to bring back thousands more across the globe. 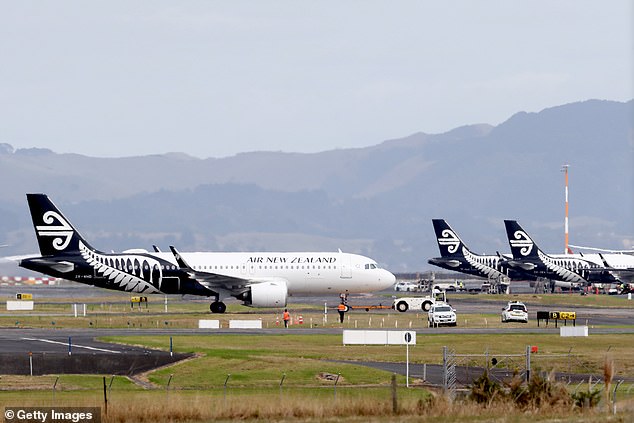 Some 2,600 Britons have returned to the UK on commercial flights from New Zealand since the outbreak began, the FCO said. Pictured: Auckland airport

It also estimates that 1.3 million people have returned to the UK on commercial flights since the end of January, when concerns about coronavirus began to escalate.

However, tens of thousands of Britons remain unable to get home from countries around the world, including some still stuck in Peru after being unable to access the UK’s final rescue flight from the country.

Speaking earlier today, Prime Minister Jacinda Ardern said: ‘We have done what very few countries have been able to do,’ Ardern said. ‘We have stopped a wave of devastation.’

She said New Zealand would move its maximum Level Four alert to Level Three from late evening on Monday, April 27, and remain there for two weeks to assess the situation.

The announcement means businesses deemed safe can reopen, along with some schools, while limits on local travel are also relaxed and gatherings of up to 10 people allowed for events such as weddings or funerals.

While restrictions will be loosened slightly, social distancing rules will remain.

‘I couldn’t feel prouder of the start we have made together but I also feel a huge responsibility to ensure that we do not lose any of the gains we have made either,’ she said.

The draconian measures made the South Pacific country one of the most successful in containing the virus, with around 1,100 known cases among the five-million population, including 12 deaths and 974 recovered patients.

It had seven confirmed new infections on Monday.