More than $30,000 raised in one day to help family of missing Brisbane fisherman Trent Riley

Kind strangers raise $30,000 in one day to help family of missing fisherman, 26, whose boat was found empty and motoring in circles so they can continue to search for him

More than $30,000 has been raised in less than a day to bolster search efforts for a missing fisherman whose boat was found empty and motoring in circles.

Trent Riley is believed to have fallen overboard while fishing in Brisbane’s in Moreton Bay on Wednesday afternoon.

The 26-year-old’s small aluminium boat was found by police off Mud Island, near the Port of Brisbane, about 3.30pm.

He had posted two short clips to his Instagram stories just two hours before, showing followers his fishing rod and the seemingly calm water on the Bay. 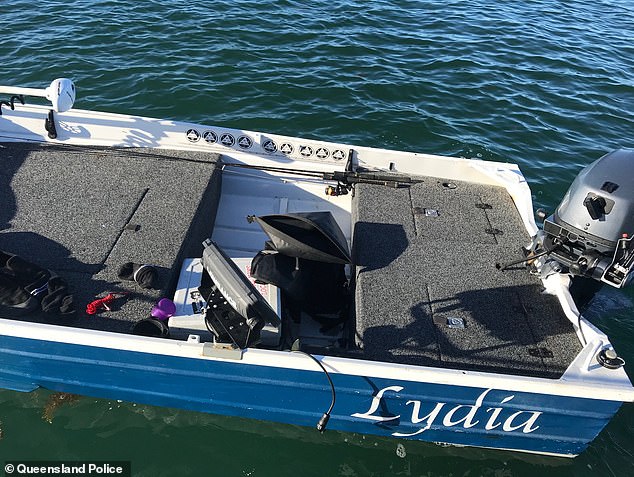 A GoFundMe page set up to help his family ‘continue the search for Trent’ and cover expenses has raised more than $30,000 of a $40,000 goal since it was posted on Saturday.

‘Any support is greatly appreciated and will help keep Trent’s family focusing on their main goal – bringing Trent home,’ organiser Caitlin Ennis wrote on the page.

A Facebook page – Let’s find Trent Riley – has also been set-up, with friends detailing their search efforts in the hope of finding the missing fisherman.

‘That’s the last we heard of him, of his posting or interaction,’ he told reporters on Thursday.

Insp Mooney said the boat was not damaged, indicating there had not been any collision, but one of Mr Riley’s three fishing rods were missing. 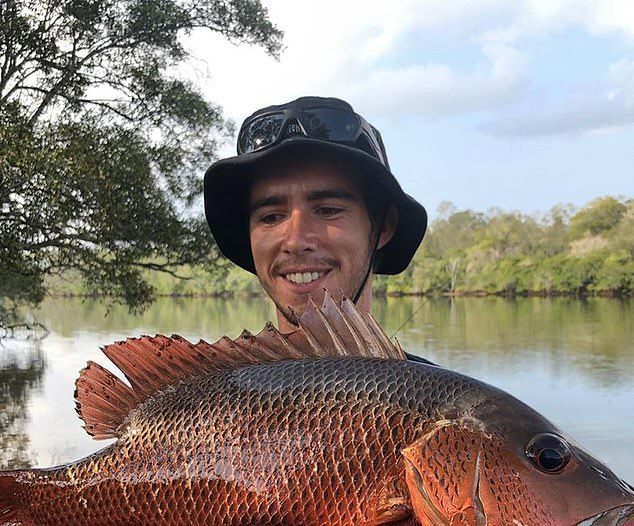 Mr Riley had posted two videos on social media showing calm waters two hours before he went missing on Wednesday. He is pictured here in a photo from last year

He said a dry bag Mr Riley would have taken with him if he had ‘voluntarily’ got into the water was still in his boat.

‘We’re not totally aware at this stage how he’s fallen out of the boat,’ Insp Mooney said.

Water Police, Volunteer Marine Rescue, helicopters and volunteer coastguard have been involved in the search.

At the time he went missing Mr Riley was wearing a long-sleeved grey fishing shirt, black jeans, black shoes and a bucket hat.

He is described as being Caucasian, about 183cm tall, with a proportionate build and brown hair.