An explosion and resulting fire has destroyed a restaurant and injured more than 40 in northern Japan, police said.

Pictures shared across social media showed the wreckage from the blast, still engulfed in flames.

Rescue operations are underway after emergency services were alerted to the incident at 20:30 today.

It is not yet known what caused the explosion but police have sealed off the area in the Hiragishi district of Sapporo on the island of Hokkaido.

Firefighters work on site where a large explosion occurred at a restaurant in Sapporo, Japan

The emergency services were first alerted to the explosion at about 20:30 on Sunday (11:30 GMT).

The area, 3km outside of the city centre, has an abundance of restaurants as well as being residential, Japanese media is reporting.

Reports from the scene also state that ambulances rushed people to hospital. 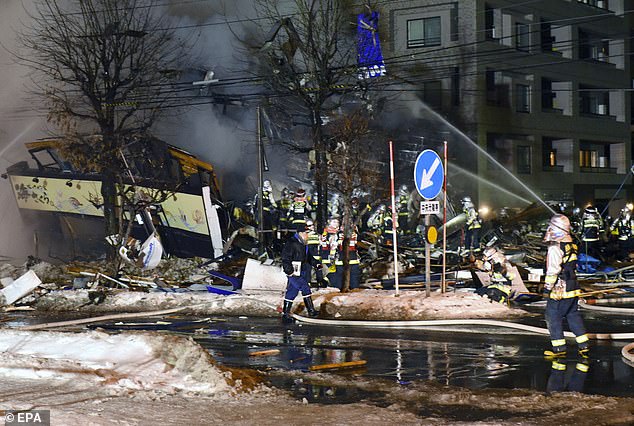 According to local media reports, an explosion that triggered a fire occurred at a restaurant

A nearby worker told the same outlet that the power of the explosion shattered the windows of the building he was working in.

The restaurant worker added that he saw ‘many injured people’.

‘The explosion in Sapporo is amazing. There’s no trace of the shop,’ said a witness.

‘The apartment next door is blown out, and all the glass of the apartment around is cracked,’ they added. 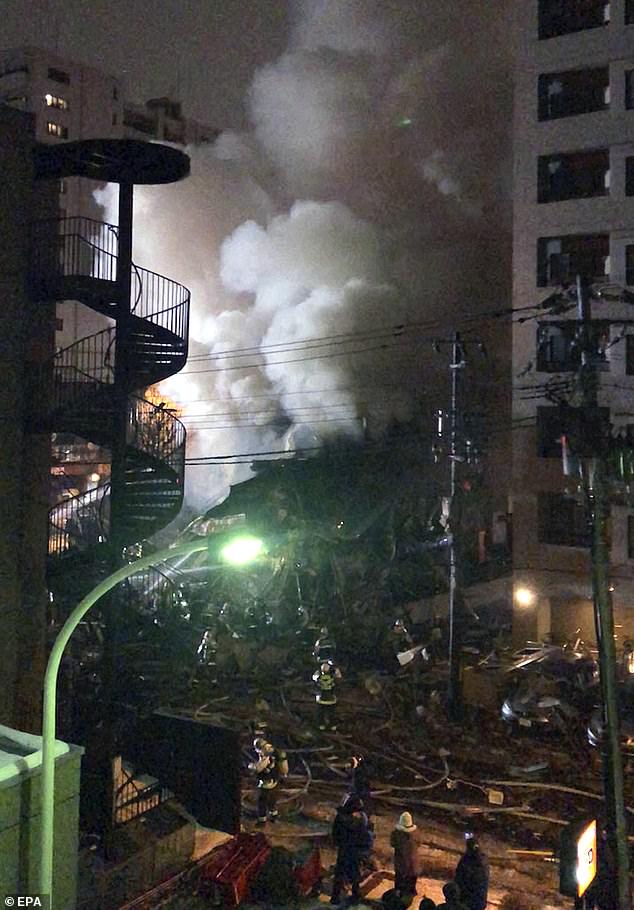