More than $44,000 raised for parents whose one-year-old twins died in a hot car

A heartbreaking photograph shows two parents whose one-year-old twins died after their father accidentally left them in a hot car, celebrating the babies’ birthday earlier this month.

Juan and Marissa Rodriguez each held one of the twins as they posed for the photo alongside their three other children, ages four, 12 and 16.

All seven family members are wearing circus-themed shirts and giant grins at the event that would be one of their last as a full family.

Three weeks after twins Luna and Phoenix turned one, they were found dead in the family’s car on Friday after Juan forgot to drop them off at day care before going in for an eight-hour shift at a veterans hospital in The Bronx.

The photo is featured on a GoFundMe campaign page that has raised more than $44,500 for the family in just two days.

Donations to the campaign will be used to cover funeral arrangements and legal expenses incurred as Juan Rodriguez faces manslaughter and criminally negligent homicide charges in the twins’ deaths.

A heartbreaking photograph shows Marissa and Juan Rodriguez celebrating their twin daughter and son’s first birthday earlier this month, three weeks before Luna and Phoenix died after their father accidentally left them in a hot car while he went to work at a veterans hospital in The Bronx on Friday. Wearing matching smiles and circus-themed shirts, the parents each held one of the twins as they posed for the photo alongside their three older children 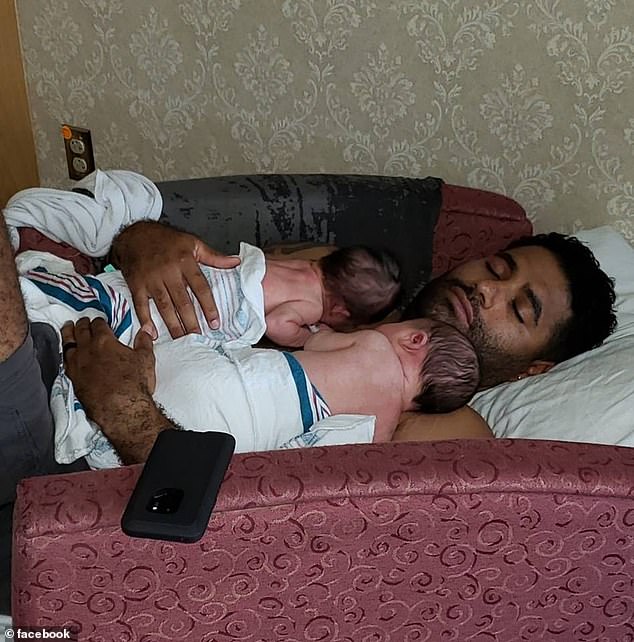 Juan Rodriguez, a social worker and Iraq War veteran, has been described by friends and family as a ‘loving father and dedicated husband’ with a ‘relentless drive to improve the lives of others’. He is pictured with the twins shortly after they were born in mid-July of last year

Family and friends have flocked to defend the ‘loving father and dedicated husband’ who had put together the birthday party complete with a bouncy castle in the yard at their home in New City.

Ray Valerio, who identifies himself on his Facebook page as Juan Rodriguez’s uncle and brother, shared a link to the GoFundMe page with an impassioned statement endorsing the father and his ‘relentless drive to improve the lives of others’. 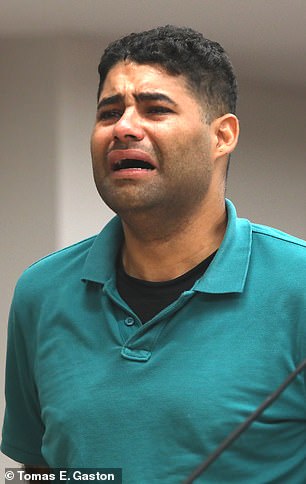 Donations to the GoFundMe campaign will be used to help cover legal expenses incurred as Juan Rodriguez faces manslaughter and criminally negligent homicide charges in the twins’ deaths. He is seen Saturday in Bronx Criminal Court, where he pleaded not guilty

‘A disabled veteran, as well as a social worker for the VA Hospital in the Bronx, [Juan] has first-hand knowledge of how traumatic experiences can impact lives. He has helped countless veterans with their daily lives and has served as a liaison between veterans, and outside agencies that work closely with the VA hospital, such as the NYPD. He has dedicated his life to public service, positively affecting thousands of lives.

‘Juan is an honest and hard-working man. A man who now has to deal with the same type of traumatic loss that he has helped others cope with in the past.’

Valerio said Juan’s deadly mistake was ‘an unfortunate case of what is called Forgotten Baby Syndrome … where parents accidentally forget about a child and leave them in their vehicle while performing daily tasks and routines’.

‘Parents often think that their child is in a safe place, like daycare or at home. It has become a reoccurrence across the country, and unfortunately, it happened to Juan yesterday,’ he wrote.

Valerio asked the public to help the family ‘get through this horrible and dark moment, and to find peace during this nightmare.’

‘This family seeks to mourn together and be reunited, while they begin to tackle the impossible task of living on with their lives,’ he wrote.

‘We are asking for community support, in the same manner that Juan supported this same community, while his family deals with this tragedy.’ 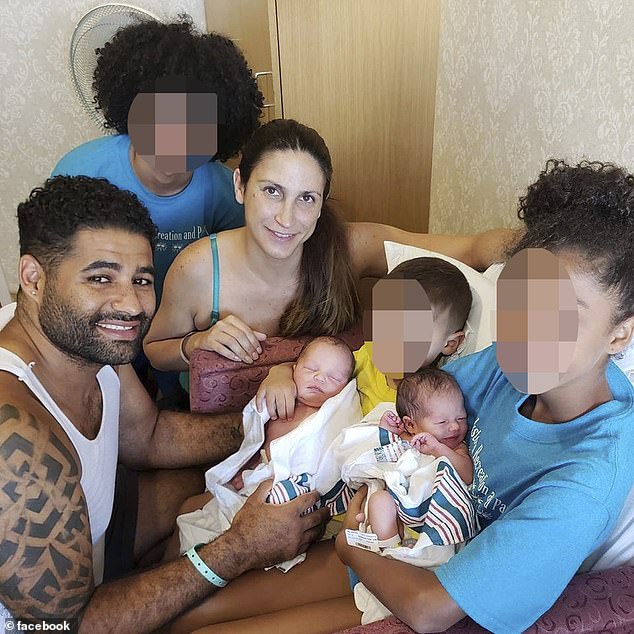 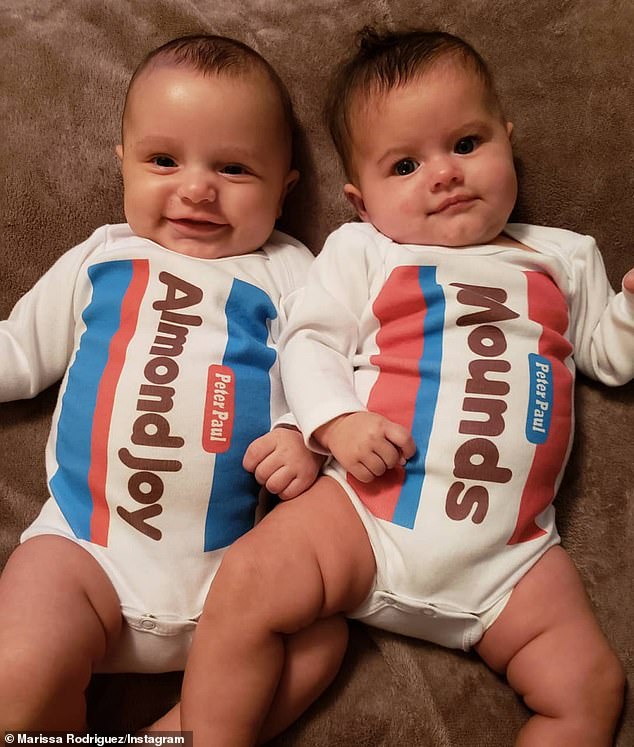 Rodriguez reportedly forgot to drop the twins, son Phoenix and daughter Luna (pictured), off at daycare on Friday morning, leaving them to swelter in the back of his Honda Accord

Marissa Rodriguez has vowed to stand by her husband as he faces two counts of manslaughter and two counts of criminally negligent homicide.

‘I will never get over this loss and I know he will never forgive himself for this mistake,’ the heartbroken mom said in a statement to NBC News on Sunday.

‘This was a horrific accident, and I need him by my side to go through this together.

‘Though I am hurting more than I ever imagined possible, I still love my husband. He is a good person and great father and I know he would’ve never done anything to hurt our children intentionally.’

She has asked for privacy so the couple could ‘grieve, be strong, and be present for our other children’.

Juan collapsed into his wife’s arms and wept outside Bronx Criminal Court after pleading not guilty to all counts and posting $100,000 bond on Saturday.

He allegedly left his children to swelter in the back of his Honda Accord for eight hours while he was working at the James J Peters VA Medical Center and temperatures outside climbed to nearly 90 degrees in New York City.

The father returned to his car just before 4pm and was driving for about 10 minutes before he realized the babies were in the backseat ‘foaming at the mouth’.

After making the tragic discovery, he burst into screams which attracted the attention of a bystander who quickly called 911.

‘I assumed I dropped them off at day care before I went to work,’ he reportedly told cops who arrived at the scene.

‘I blanked out! I My babies are dead! I killed my babies!’ 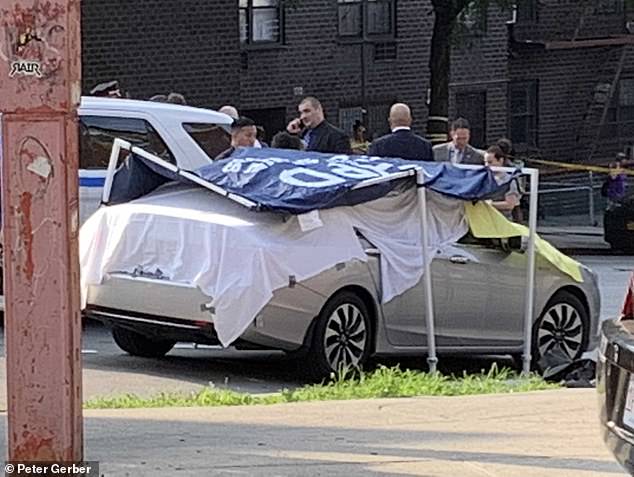 Juan Rodriguez parked his Honda Accord (pictured) outside the James J Peters VA Medical Center and went inside for work shortly after 8am Friday, forgetting the twins in the backseat 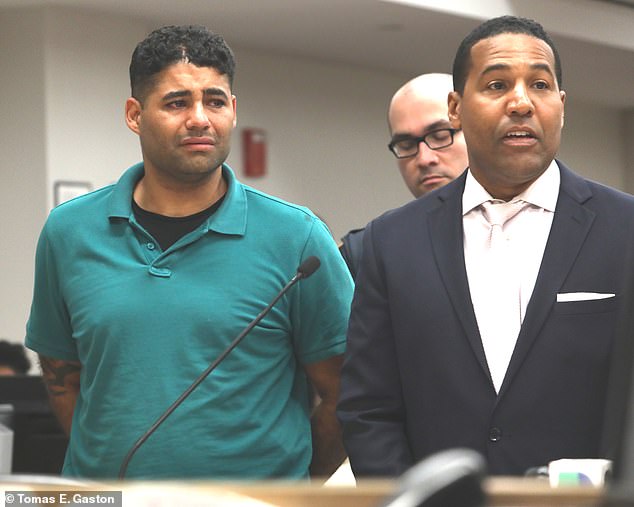 Meanwhile, shocked neighbors have described Rodriguez as a devoted father.

In addition to the three children he shared with wife Marissa, he has two older children from a previous marriage.

‘He was always doing things with the kids,’ a neighbor told The New York Post.

‘Always in the yard playing. They had a big camp-out last weekend, with tents in the backyard. He would always play catch or basketball with his older kid.’

A family friend similarly told The New York Post that Rodriguez is ‘an amazing guy’.

‘He’s always been there for his kids. Always. This is just a horrible situation,’ the pal said.

Facebook photos show Rodriguez as a devoted family man who was frequently pictured doting on the twins. 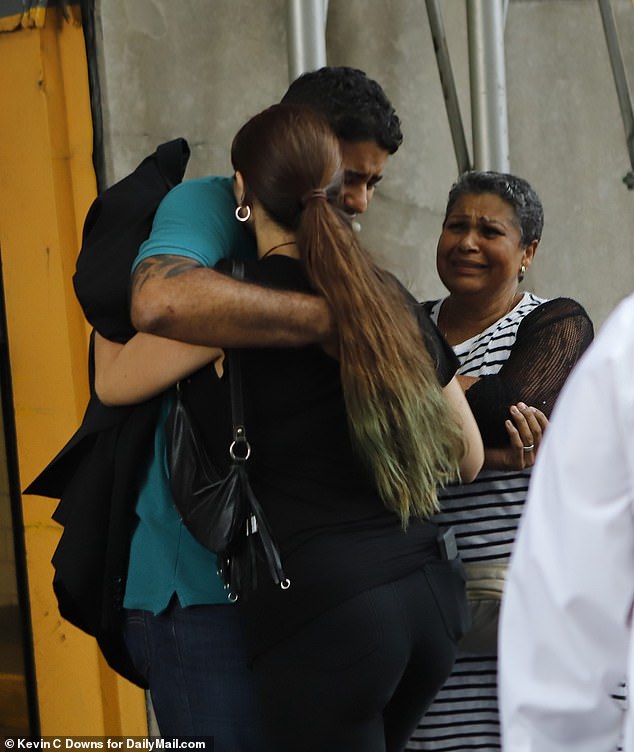 The father wept in his wife’s arms outside Bronx Criminal Court after posting $100,000 bond 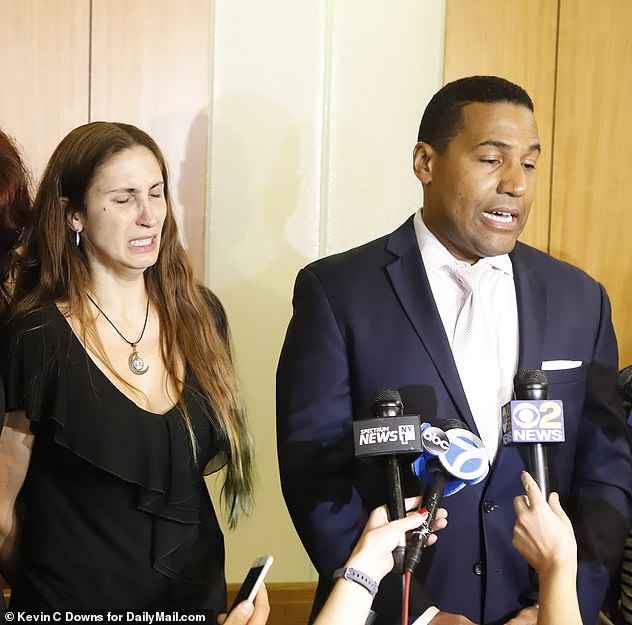 Marissa Rodriguez is seen sobbing outside Bronx Criminal Court on Saturday as her husband’s lawyer, Joey Jackson, defended his client to the press

Some 50 relatives turned out to support a devastated Rodriguez during his first court appearance on Saturday.

The father was clad in a turquoise T-shirt and jeans – the same outfit he wore to work on Friday.

Rodriguez wailed in agony as prosecutors detailed how the twins’ bodies each reached a temperature of 108 degrees Fahrenheit.

‘This is a tragedy of horrific proportions,’ Rodriguez’s defense attorney Joey Jackson told the judge as his client sobbed beside him.

The lawyer later held a press conference with Rodriguez’s wife, Marissa, who brought along the couple’s four-year-old child to the hearing.

‘He was inconsolable, and he is still trying to come to terms with the horrific nature of this crime,’ Jackson said, according to The New York Daily News.

Rodriguez’s mother was one of the family members who turned out to the hearing -and was clearly anguished by the loss of her two grandchildren.

Waiting for court proceedings to commence, she repeatedly cried: ‘My grandbabies!’ in Spanish.

She later told The New York Post she feared for her son’s mental state.

‘Do you know what I’m scared of? When he gets out, he can’t handle it. He’s going to need help.’

Jackson said Rodriguez served as a soldier in Iraq and worked to support fellow veterans at the medical center where he was employed as a social worker.

His clients include homeless, disabled, and HIV positive veterans, according to his lawyer.