More than 50,000 houses without power after freak weather sets FIRE to power poles

More than 50,000 houses without power after freak weather sets FIRE to power poles

More than 50,000 homes have been left without electricity after wild weather sparked fires on top of power poles.

Dramatic images have shown power poles sparking into flames after an aggressive storm lashed through Western Australia on Wednesday night.

Parts of Perth were affected by a blackout overnight, with around 50,000 homes and businesses affected, and around 25,000 households were still without electricity on Thursday morning.

‘The misty light drizzling rain, combined with dust and pollution create a paths or “tracks” on the insulators which lets electricity jump across causing damage to poles,’ the spokesperson said.

Sparks were caused after a combination of high humidity, dusty conditions and rain caused the poles to catch alight

‘We encourage people affected to check our outages map on our website, and locations will be updated with estimated restoration times as soon as possible.

‘We appreciate that power outages are never convenient, and please be assured all available teams on the ground and in our network control centre are working to restore power safely to affected communities.’

The top of 60 power poles were confirmed to have caught fire following the storm, with around 100 poles damaged.

Traffic lights were affected in some areas, and motorists have been urged to drive carefully in adverse conditions.

Western Power have cancelled all planned work for the day and implemented more staff to fast track power to residents in blackout areas.

‘Crews in the metropolitan area and north to Kalbarri who were scheduled to complete other planned work have been directed where possible to repair the damage.’

They are hopeful to restore all power to homes and businesses on Thursday, with around 18,000 homes still without power at the time of writing.

More rain has been forecast for Perth on Thursday before a hot and sunny conditions take over into the middle of next week. 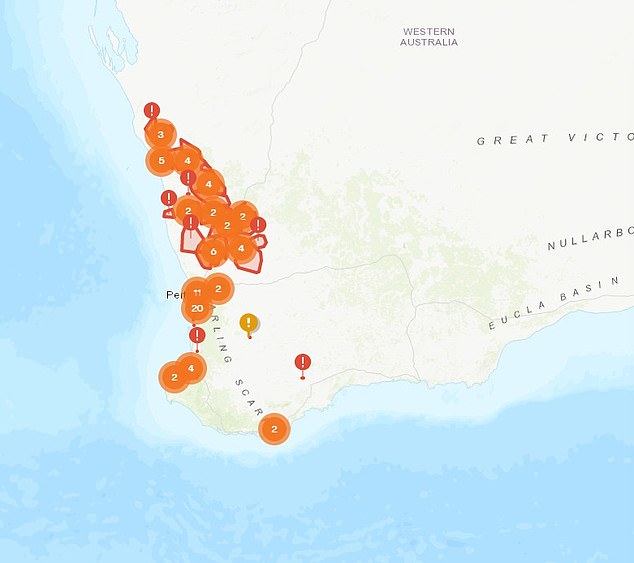 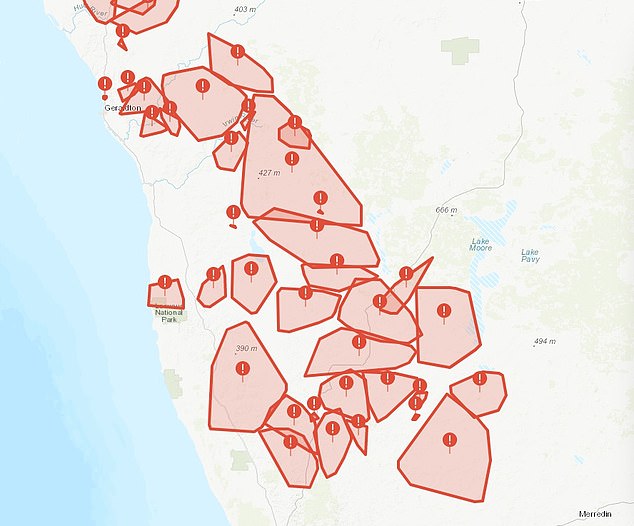 The range out power outages stretches from central Perth north to Geraldton, more than 400km away