By Eleanor Harding Education Correspondent For The Daily Mail

More than half of Labour voters disagree with the party’s new policy to abolish private schools, a poll shows.

The survey of around 2,000 people found 56 per cent of Labour supporters believe parents should be allowed to pay for their child’s education, if they can afford it.

Among Tory voters it was 83 per cent, while among Liberal Democrats it was 70 per cent.

The survey commissioned by The  Headmasters’ and Headmistresses’ Conference (HMC) found that 56 per cent of Labour supporters believe parents should be allowed to pay for their child’s education, if they can afford it. (Pictured: Eton College, Berkshire)

The poll, commissioned by The Headmasters’ and Headmistresses’ Conference (HMC), suggests Labour’s plan to do away with fee-paying schools may not be a vote-winner.

Last week, at the party’s annual conference, Labour voted in favour of integrating private schools into the state sector, and redistributing their assets.

Later on, leader Jeremy Corbyn appeared to play down the policy, saying the most important action was to remove private schools’ tax breaks.

The poll is being published on the morning of the HMC annual conference in London, where heads will discuss the move.

Fiona Boulton, chairman of the HMC, believes the attack on private education is a ‘vote loser’ with the public keen to see more fee-paying schools open.

She will today accuse ‘political activists’ who want private schools to pay more tax of failing to understand the ‘common sense’ of the British people. She is expected to tell the conference: ‘Voters want the Government to help more children to get access to independent schools. 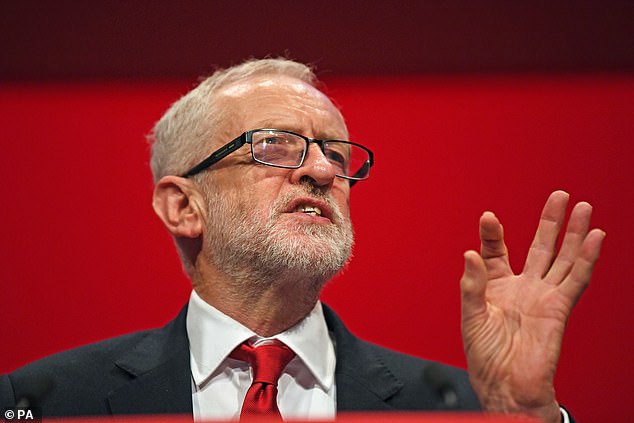 Labour voted in favour of integrating private schools into the state sector at the party conference in Brighton. Yet leader Jeremy Corbyn appeared to play down the policy, saying the most important action was to remove private schools’ tax breaks

‘Parents are ambitious for their children and people want to see our schools opening up, not closing down… The political activists who want to tax good schools to death without a notion of how to nurture achievement elsewhere, do not understand the common sense of the British people.’

Overall, around two thirds of poll respondents agreed that parents should be able to choose to pay for their child’s education. Just under a fifth disagreed.

Mrs Boulton, who is head of the all-girls Guildford High School, will also claim that measures to impose ‘crippling taxes’ on private schools amount to ‘abolition by the back door’ and accuse Labour of making ‘ignorant’ decisions.

She will say: ‘It would ensure that many independent schools would not survive, and others will become more expensive. State schools will see larger class sizes and burgeoning costs.

‘The decision taken by Labour conference to abolish our schools was based on ignorance and the desire to damage, whilst independent schools have for years been quietly educating children, alongside creating free and discounted places, sponsoring successful academies and delivering more than 5,000 helpful projects in state schools’ communities.’

Mrs Boulton will say private schools have proposed to offer 10,000 free places to lower-income pupils each year, based on a joint-funding model, which would mean that the Government would contribute the same amount of funding as it costs to send a child to a state school, with the private school paying the rest.