More than one in five Australians are living with uncontrolled high blood pressure and many don’t even realise it.

But with hypertension often leading to potentially fatal stroke, the nation is being urged to undertake more regular checks.

As high blood pressure has no immediate symptoms it often goes undiagnosed, the Stroke Foundation warns.

But over time, it can put extra stress on vessel walls, causing them to narrow or break down, which can eventually lead to a stroke.

‘When 80 per cent of all strokes are preventable, why would you not want to know your risk?’ she asks.

The Stoke Foundation is urging all Australians to visit their local pharmacy next month as part of their Biggest Blood Pressure Check campaign, which coincides with World Hypertension Day on May 17.

A quick and painless check can be all it takes to mitigate the risk, as Ms McGowan herself experienced.

‘In my first year as CEO of Stroke Foundation, by participating in Australia’s biggest blood pressure check campaign, I discovered that I had high blood pressure,’ she said.

‘Thanks to our very own awareness campaign, my blood pressure is now controlled but it could have been a very different outcome.’

A normal blood pressure measurement is described as around 120 over 80mmHg.

A measurement of 140 over 90mmHg is regarded as high and puts its owner at increased risk of stroke, no matter what their age. 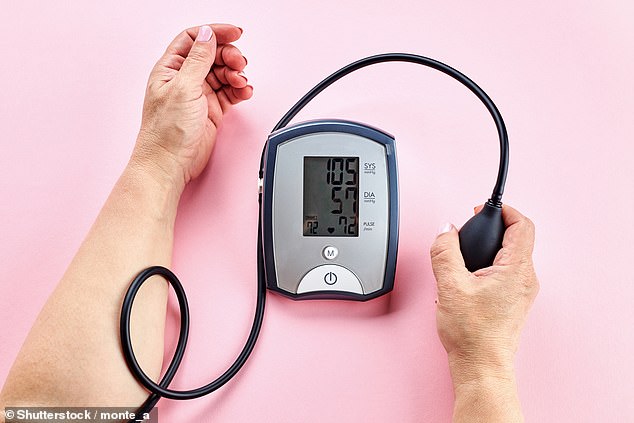 A measurement of 140 over 90mmHg is regarded as high and puts its owner at increased risk of stroke, no matter what their age (stock image)

Stroke is Australia’s third most common cause of death, with 55,000 people likely to suffer one each year.

While the risk between the ages of 45 and 85 is one in four for men and one in five for women, the latter experience worse post-stroke disability and are more than three times as likely to be institutionalised.

The disparity may be due to a difference in symptoms experienced between the sexes which can lead to misdiagnoses, researchers from Sydney’s George Institute for Global Health have said.