In a Facebook message, Ed Smart, 64 said it was ‘one of the hardest letters I’ve ever written’

The father of kidnapping survivor Elizabeth Smart, Ed Smart has revealed that he is gay and set to divorce his wife.

In a Facebook message shared with his family and friends, Smart, who is a Mormon also said that he doesn’t see a place for himself in The Church of Jesus Christ of Latter-day Saints.

In ‘one of the hardest letters I have ever written,’ Smart wrote that ‘I have recently acknowledged to myself and my family that I am gay.’

‘The decision to be honest and truthful about my orientation comes with its own set of challenges, but at the same time it is a huge relief,’ he wrote.

‘Living with the pain and guilt I have for so many years, not willing to accept the truth about my orientation has at times brought me to the point where I questioned whether life was still worth living.’

Smart, 64, was thrust into the public eye after his then 14-year-old daughter was abducted from their home in Salt Lake City in 2002 and held for nine months in captivity. 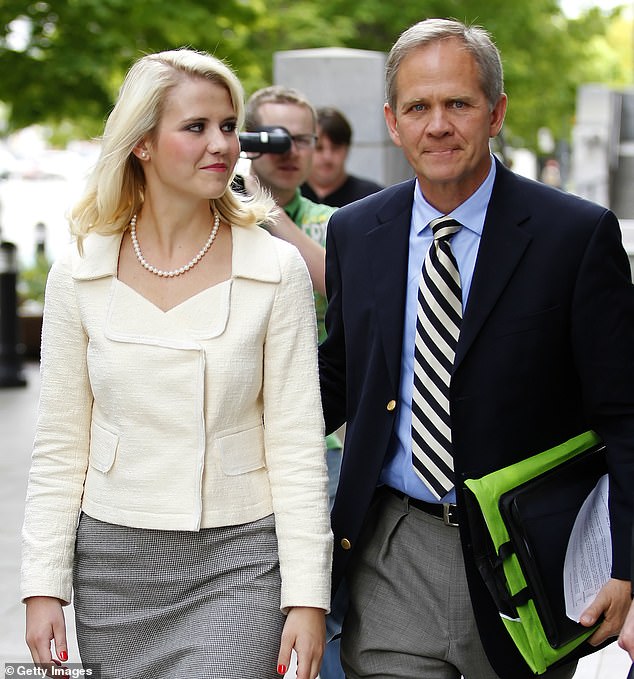 Smart, 64, was thrust into the public eye after his then 14-year-old daughter, Elizabeth, left was abducted from their home in Salt Lake City in 2002 and held for nine months in captivity 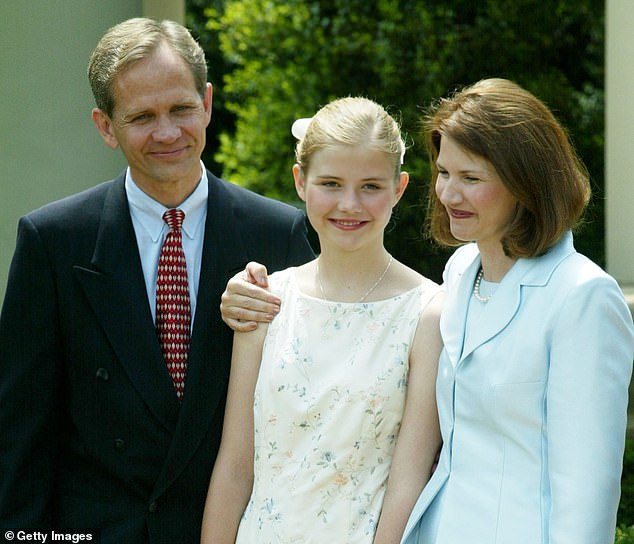 Smart says he is divorcing his wife, Lois, seen right,  and doesn’t see a place for himself in The Church of Jesus Christ of Latter-day Saints. He is pictured with Elizabeth, here in 2003

As a member of the Mormon Church, Smart wrote how he could only stand by in silence as LGBTQ people were ridiculed, shunned, rejected and humiliated.

‘I didn’t want to face the feelings I fought so hard to suppress, and didn’t want to reach out and tell those being ostracized that I too am numbered among them,’ he said. ‘But I cannot do that any longer.’

‘My faith is strong, and unwavering, however, after considerable study, prayer and pondering I have come to a change in my beliefs. It is because of this change, that I can finally acknowledge and accept my orientation. Had I not had a change in my beliefs, I would have likely remained closeted the rest of my life,’ he wrote.

‘As an openly gay man, the church is not a place where I find solace any longer, ‘ Smart wrote. ‘It is not my responsibility to tell the church, its members or its leadership what to believe about the rightness or wrongness of being LGBTQ.

‘Acceptance and love is what makes the world a better place. The crucible of guilt and shame that too many secretly endure is something I wouldn’t wish on anyone,’ he wrote. 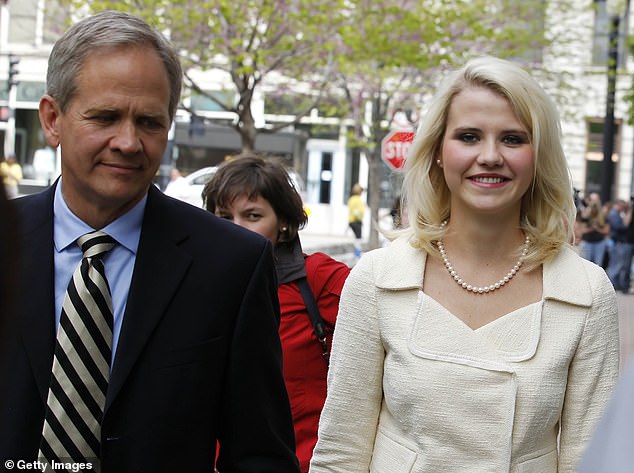 ‘I have recently acknowledged to myself and my family that I am gay. The decision comes with its own set of challenges, but at the same is a huge relief,’ Smart wrote 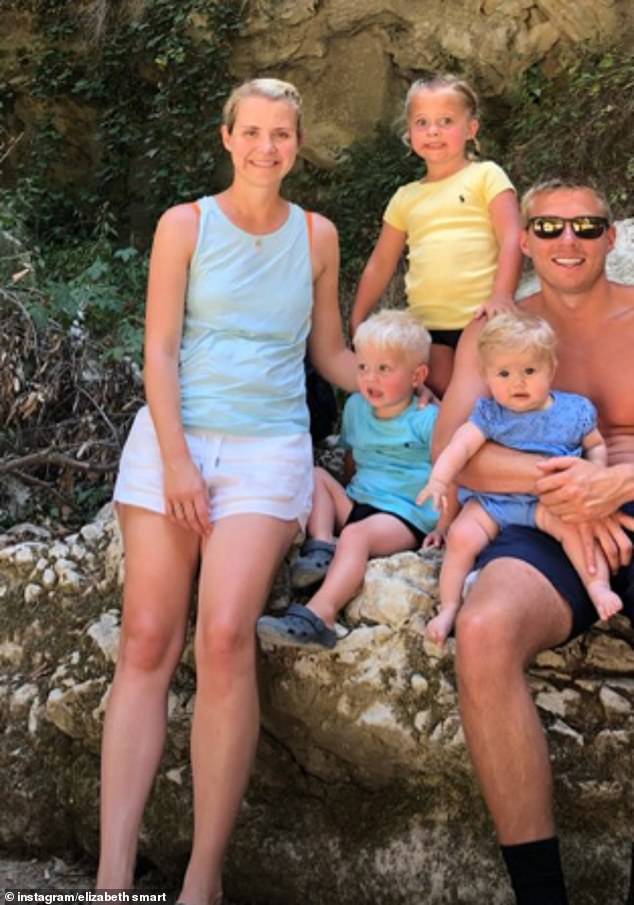 Elizabeth recently shared snaps from her Greek vacation which included a hike up to a waterfall. Pictured is Smart with her husband, Matthew Gilmour, and her three children

Smart went onto say how he loved his family and five children.

‘Lois has been a loyal wife, and extraordinary mother, who has had to endure an impossible part of this journey. I deeply regret the excruciating pain this has caused her. Hurting her was never my intent. While our marriage will end, my love for Lois and everyone in my family is eternal,’ he wrote. 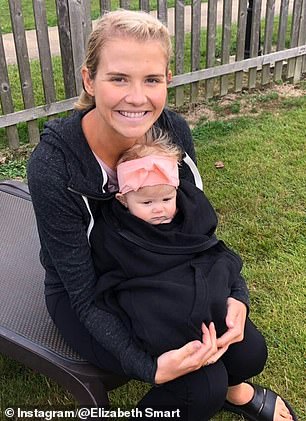 Elizabeth Smart, pictured earlier this month, also released a statement in which she said her parents told her they would love her unconditionally no matter what happened

Elizabeth Smart also released a statement in which she said her parents told her they would love her unconditionally no matter what happened.

‘While I am deeply saddened by their separation, nothing could change my love and admiration for them both. Their decisions are very personal. As such, I will not pass judgment and rather am focusing on loving and supporting them and the other members of my family,’ she said.

In his Facebook posting which was later removed, Smart told how some people will think he has wasted years of his life by not coming out sooner, while others suggested he was giving up ‘so much for so little.’

‘Both are inaccurate and fail to do justice to the deep conflict involved in not being honest with myself and others for so long. Acknowledging I am a gay man is freeing but it also hurts many of those whom I love very much,’ he wrote.

‘In the end, people are free to say what they will, and believe what they want, but there is one voice more important than any other, that of my Savior, who wants each of us to love one another, to be honest and joyful and find a meaningful life.’

‘While there are wounds right now, I also know our Savior can help heal the damage which this revelation has brought,’ he said. ‘Through Christ love will outlast the grief.’

During her nine months in captivity, Smart was tied up and repeatedly raped and abused by Brian Mitchell.

Mitchell abducted Smart and took her to the mountains outside of Salt Lake City, Utah, where he and his wife, Wanda Barzee, had an encampment.