A teenage boy who shattered the windscreen of an ambulance after throwing a rock at the vehicle has been slammed for the ‘moronic’ act.

The Gold Coast ambulance was ‘responding to a person in need’ at midday Saturday when a rock thrown from an overpass shattered the windscreen.

The crew and patient were lucky to escape injuries, but valuable minutes were shaved from the emergency response as another ambulance had to be sent out.

A ‘moronic’ teenager threw a rock at an ambulance responding to emergency on the Gold Coast, Queensland

Outraged by the incident, the ambulance media team vented on Facebook Saturday afternoon.

‘How is this for an example of moronic stupidity,’ the post said.

‘Let’s hope the individual responsible takes a moment to think, it could have been one of their loved ones our crew was attending. 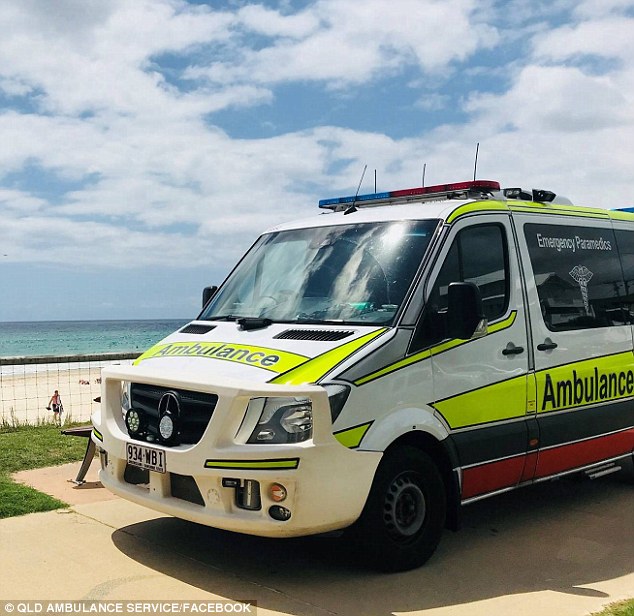 The crew and patient were lucky to escape injuries, but the situation could have been ‘very different’ if the emergency service workers were responding to a cardiac arrest

‘Thankfully our crew is OK and uninjured.’

Another ambulance had to be dispatched to the scene, according to the Gold Coast Bulletin.

The police told 7 News a ‘teenage boy’ is believed to have thrown the rock but he disappeared by the time police arrived at the scene.

The incident sparked an angry reaction on social media, with one person saying’ ‘certainly hope this person is caught’.

‘How despicable, it could (have) been a friend or family member QAS was going to. – I do sincerely hope justice is harshly served.’ 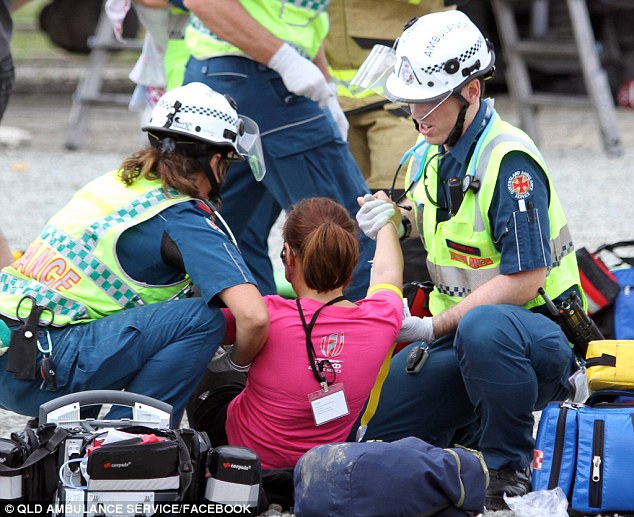 A separate ambulance had to be dispatched to the scene, according to the Gold Coast Bulletin

Another Facebook user said: ‘Glad the crew are OK, it is scary. Sadly this type of thing is an every night occurrence for truck drivers in a certain couple of towns in New South Wales.’

Queensland Ambulance urged anyone with information to contact the police.