Australians desperate to get home from coronavirus-riddled European countries are struggling to find flights – as the Morrison government indicates it aims to create more airport capacity in the run-up to Christmas.

Airlines have estimated nearly 100,000 Australians are stranded overseas during the pandemic – with 34,000 citizens already having registered their intent to fly home with the Department of Foreign Affairs and Trade.

Demand for flights has continued to outstrip supply despite Prime Minister Scott Morrison lifting the cap on international arrivals from 4,000 to 6,000 a week.

Australians are increasingly looking at making their way home after most European countries including the UK, France, Italy and Spain were hit with a significant spike in new COVID-19 infections in October – prompting new severe lockdowns across the continent.

Education Minister Dan Tehan said on Sunday the government was looking at allowing in more citizens and then international students in the coming months.

A passengers is pictured in Sydney Airport’s baggage hall on August 5. Airlines estimate about  100,000 Australians are stranded overseas during the pandemic

Mr Tehan said once the demand for flights from citizens had been met, the government would focus on allowing international students back into Australia.

He added Australia had become ‘a victim of its own success’ at handling the crisis.

His comments follow Mr Morrison announcing on Friday Queensland would take an extra 150 international arrivals a week – while talks are underway with Victorian Premier Daniel Andrews to reopen Melbourne Airport.

‘Within the existing caps, priority has to be given to returning Australians, and we’ve made that very clear to state and territory governments,’ Mr Tehan told Sky News Australia’s Sunday Agenda. 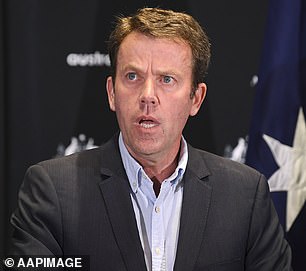 ‘What we have asked from all states and territories is for plans [on] how they can accommodate students coming back into the country.

‘We continue to explore options with state and territory government [about returning foreign students] — they are responsible for quarantine.’

Mr Tehan said the government is doing all it can to minimise job losses.

‘If you look and take an assessment with comparable industries it is actually below the job losses we have seen in other industries more broadly across the nation,’ he said.

Australia’s $40billion foreign student education industry has been hit hard by the coronavirus pandemic, with an estimated 10,000 to 12,000 jobs in the sector lost to the crisis. 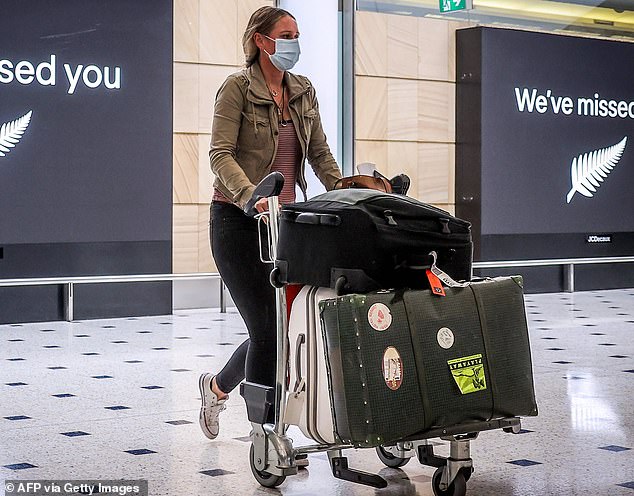 A passenger wearing a face mask arrives from New Zealand at Sydney International Airport on October 16. Mr Tehan said Australia had become ‘a victim of its own success’ at handling the COVID-19 crisis in terms of its citizens struggling to come home

Scape Australia chairman Craig Carracher said moving beyond hotel quarantine and towards an ‘industry-led solution’ would help revive the sector.

‘If we don’t open up [quarantine] beyond hotels we won’t get students back,’ Mr Carracher told The Sydney Morning Herald.

Prime Minister Scott Morrison has said there is as yet no viable alternative to the strict 14-day hotel quarantine program.

There was an 83 per cent drop in the number of student visa applications lodged with the Department of Home Affairs between March and August 2020 and the same period last year.

Tasmania last week became the latest state to join the national effort to repatriate Australians stranded overseas due to COVID-19. 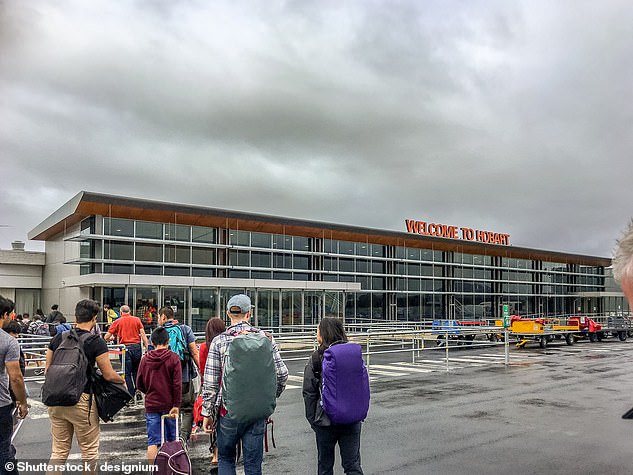 A day after reopening to NSW following a seven-month closure, it was announced the island state would provide quarantine spots for 450 people.

Three flights are expected to touch down by the end of the year.

Prime Minister Scott Morrison said the federal government was looking to increase capacity at airports on the mainland.

‘But what this is demonstrating, is that we know we need to supplement that,’ he said in Hobart.

‘We have no doubt that we have the ability to keep expanding that and do more there, perhaps sooner, to fit in with the broader plan.’

The Commonwealth will provide defence force support for Tasmanian airports.