A supermarket chain is being accused of  gastronomic ‘terrorism’ after announcing it plans to sell a cheesy version of the usually sweet treat churros.

Morrisons is to sell a savoury version of the Spanish snack, but instead of coating it in sugar as is typical, it will instead be filled with cheese.

The decision has sparked fury among Spaniards who have taken to Twitter to vent their fury over the product.

Morrisons plans to launch its cheesy taken on the Spanish snack Churros on December 20. It will cost £3.50 for a 300g portion and will be a blend of mashed potato with cheese sauce and Gouda cheese

Some even compared it to the recent spat over Gibraltar which temporarily threatened a crunch EU summit over the weekend, reports The Times.

With one person writing ‘keep Gibraltar but don’t do this please’ and another saying ‘we don’t want this British cooking nonsense spreading over Europe.’

Morrisons describes the new product as a blend of mashed potato, with both Gouda cheese and a cheese sauce.

It is comes with a red pepper dip and a medium fat hard cheese sprinkle, which is designed to be eaten alongside the product.

The new take on the classic Spanish snack is set to launch on December 20 in time for Christmas – and will be on offer throughout the festive period.

But that’s not to say the locals aren’t putting up a good fight against the launch of the new product – which they say is an insult to the Spanish snack.

With even some British fans of the snack wading into the debate online. 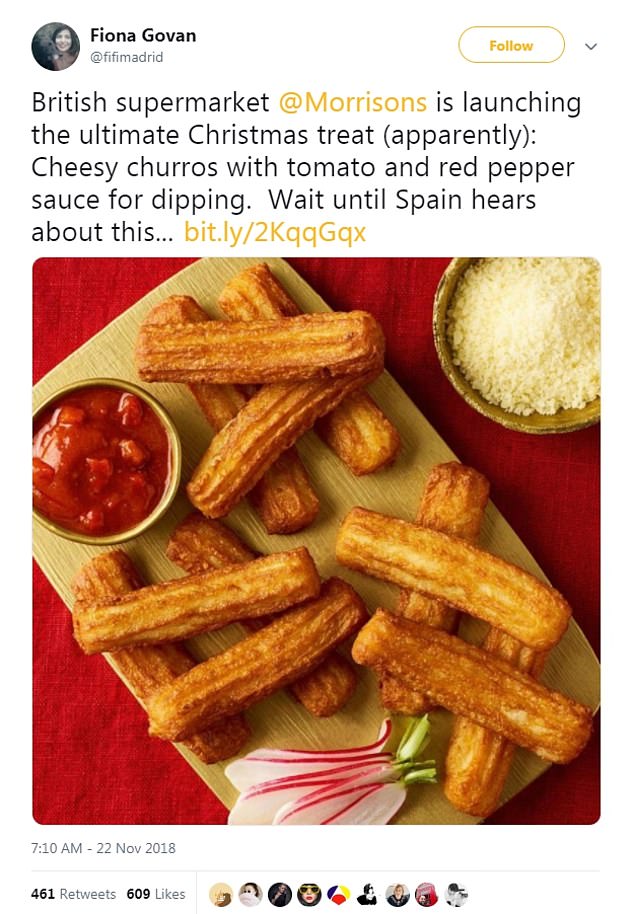 When news of the snack broke, locals reacted with outrage that a typically sweet dish could be tainted in this way. Dozens have taken to Twitter (above and below) to express their view 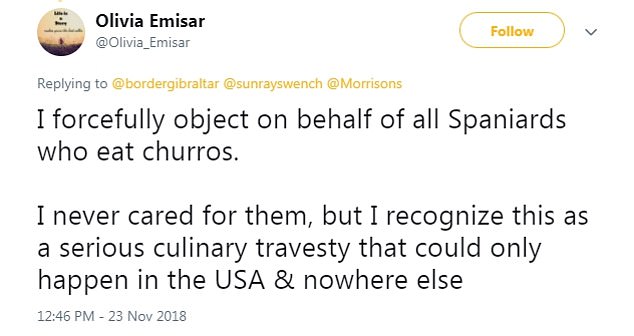 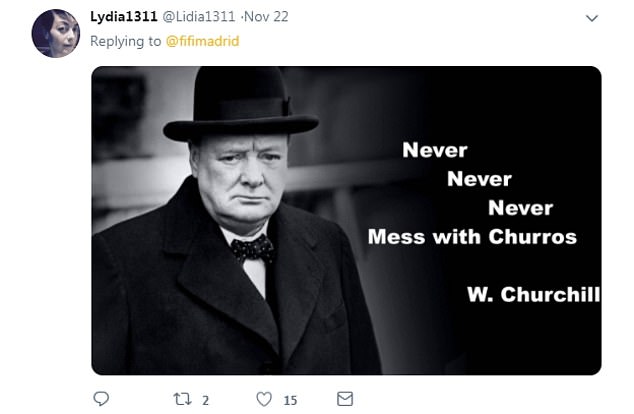 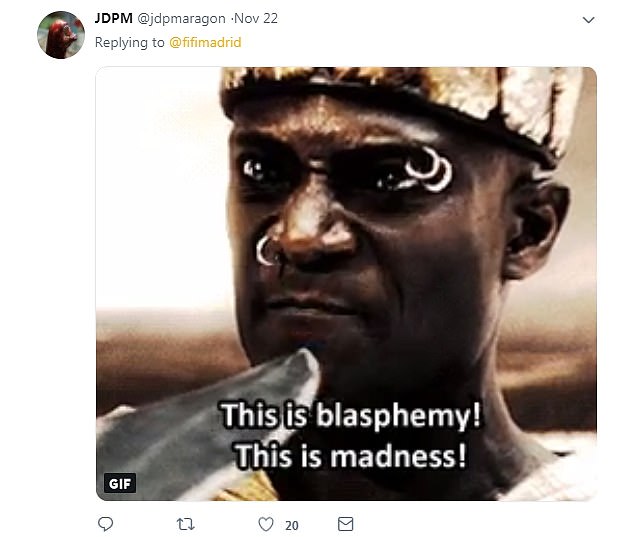 Erik Burgess, writing on Twitter, said: ‘A crime against Spanish gastronomy and not proper Churros in any way whatsoever.

While Olivia Emisar said: ‘I forcefully object on behalf of all Spaniards who eat churros.

‘I never cared for them, but I recognise a serious culinary travesty.’

Some started to come up with alternative names for the snake, so offended that they could be called churros.

One user urged them not be named as such to which another suggested they be called ‘British Doritos’. 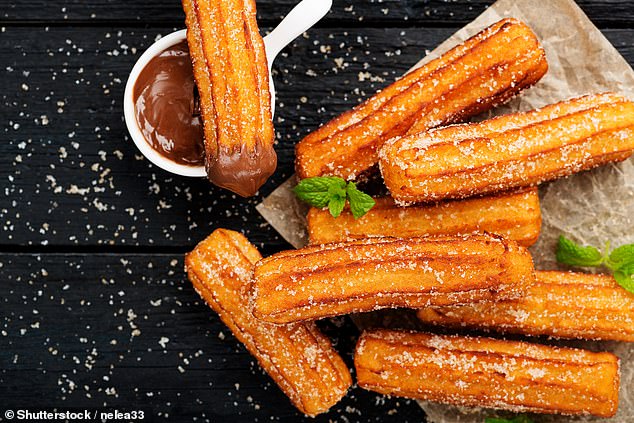 Churros are classically a fried-dough pastry, which is sprinkled in sugar and served alongside chocolate or coffee. They are usually eaten at breakfast time and are traditional in Spain and Portugal – where they originate

One said: ‘We will strike back with fish and chips layered over maple syrup and sprouts. Not survivors there.’

While another said: ‘This is like if you dip fish and chips in a cup of coffee’.

Speaking to MailOnline this morning, Morrisons said it still planned to go ahead with the product launch.

A spokeswoman said: ‘Our cheese churros are inspired by the original Spanish recipe but we wanted to do a savoury version instead.

‘Our customers appreciate it when we do a twist on a popular classic.’