Hopeful first-time buyers are being unfairly blocked from getting on the property ladder by regulators leaving them stranded in the rental market, a damning new report has claimed.

The report, commissioned by trade body the  Building Societies Association, warns strict affordability rules brought in after the financial crash are now stopping young people from getting approved for mortgages they could afford.

The BSA has urged others to join it in challenging the regulator to relax these rules in what it says is a bid to help first-time buyers.

The BSA said: ‘[Stress tests] deliver a form of financial stability, but do so by denying many young households the opportunity to buy a property that they are likely to be able to afford.’

How is mortgage affordability calculated?

Before the financial crisis, mortgage affordability was calculated using income multiples, meaning you could borrow up to a multiple of your salary. This was usually three times one person’s salary, or two-and-a-half times a couple’s salary.

This was extended over the years, with some lenders offering mortgages worth up to six times a person’s salary at the height of the 2000s property boom.

The financial crash ended this practice and affordability-based lending became the norm from 2014.

These new rules include ‘stress tests’ on a borrower’s ability to repay their mortgage if they lose their job or interest rates go up.

Now, the lender looks at your monthly income and outgoings, as well as stress testing whether you’d be able to keep paying the mortgage if interest rates go up or in the event of a life changing event.

It’s these stress tests which the BSA says are the main blocker for first-time buyers.

In its report Building on the Bank of Mum and Dad, published this month, the BSA said: ‘The main issue is the introduction of stress tests, where in a market where most mortgage rates are below 3 per cent, a stress is applied which requires that the mortgage be affordable at rates more than twice this level.

‘Such a level of prudence risks freezing many would-be first-time buyers out of home ownership.

‘The situation is aggravated by the rules in which no consideration can be given to the likelihood of income growth, even if this is prescribed in certain professions.’

The BSA claims that one consequence of this has been to create ‘rental prisoners’, where someone who is paying rent at £800 a month, for example, cannot get a mortgage for £500 a month on affordability grounds.

‘This makes no sense to the general public,’ it said.

Despite low mortgage rates, barriers to home ownership remain high as a combination of high house prices and rents make saving for a deposit incredibly difficult for many.

Earlier this year estate agents Hamptons International revealed that the average single first-time buyer who started saving for a 15 per cent deposit in 2018 would not be able to buy a home until 2028 in certain parts of England and Wales.

Thirty ago, full-time employees could typically expect to spend 3.6 times their annual earnings on purchasing a house, according to data from the Office for National Statistics.

But much of the research out there points to large deposits as the primary reason for the affordability barrier rather than stricter lending rules.

The Financial Conduct Authority and the Bank of England declined to comment.

Research from the Nottingham Building Society has found that more than half of first-time buyers would sell valuable items such as jewellery to afford a deposit for their house.

Just over six out of 10 are relying on an inheritance pay-out, with 21 per cent expecting this to cover a fifth or more of the funds they need. 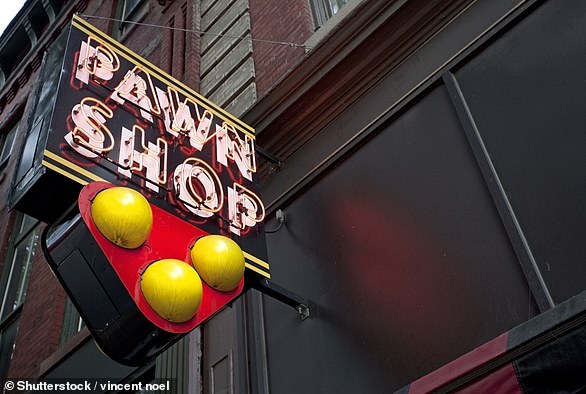 Other sources of funding are expected to include loans from friends, which 50 per cent of would be first-time-buyers plan to use.

Tina Hayton-Banks of The Nottingham Building Society said: ‘We know saving for a deposit is no mean feat for first-time buyers and our research echoes what we hear all the time across our branch network, people are exploring every available route to get on the ladder.’

In addition to this, loans from family members other than their parents or grandparents were something that 48 per cent of those planning to buy their first home intend to utilise.

Nearly all, 95 per cent, will use their cash savings, and 60 per cent will use stock market investments.