One of Australia’s most affluent suburbs is up in arms after a commercial pilot parked his massive boat in a residential street and left it there for days.

Laureen Ong on Saturday noticed a vessel about six metres long had been parked outside her Mosman home, in Sydney’s Lower North Shore.

The boat’s owner had asked Ms Ong’s husband if it was blocking their driveway, and when her spouse said no, he left the boat and drove away.

But as the days progressed, Ms Ong’s frustration grew over the vessel blocking her view of traffic when she reversed out of her driveway, and then because it apparently hampered building work on her property.

Ms Ong turned to a local Facebook group in a bid to find the owner and demand they move the boat immediately.

This large boat parked outside a home in Mosman, on Sydney’s lower north shore, has sparked controversy after it was left on the street for several days 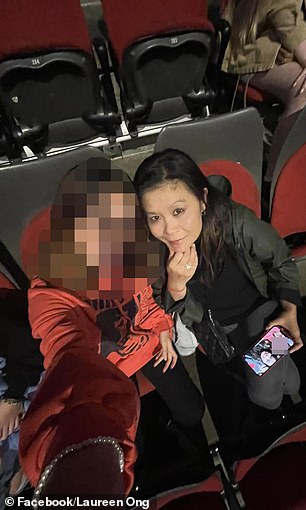 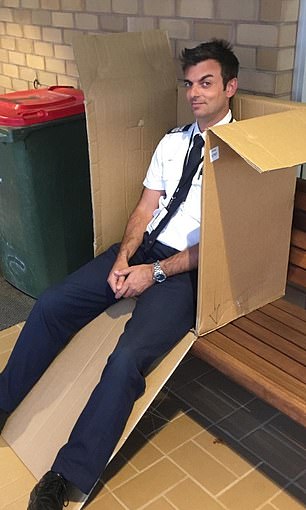 Home owner v. boat owner: Laureen Ong (left) told Daily Mail Australia she had no issue with the boat owner – pilot Palle Luneo (right) leaving his boat on her street – but wanted it moved away from next to her driveway

‘Please move your boat! If you are the owner or know the owner I am requesting for it to be removed immediately,’ she wrote.

‘We are having construction work done on my house. It has made two huge deliveries with a crane hard to unload supplies so far.’

Whose side are you on?

The post sparked outrage – with several residents slamming the owner for ditching the boat in the suburban street.

The situation escalated hours later as the boat’s owner – REX Airlines first officer Palle Lunoe – hit back, noting his boat was legally parked and declaring that concerned locals ‘have a little too much spare time’.

‘To all the upset Mosmanites – this is my boat. I’m glad to own up to it,’ he wrote.

‘The trailer is legal and the boat is legally parked. It is a registered vehicle and therefore has all rights to be parked on the road.

‘Having said that, I’m happy to move it if it [sic] causing inconvenience. Though a simple pleasant request would have sufficed. 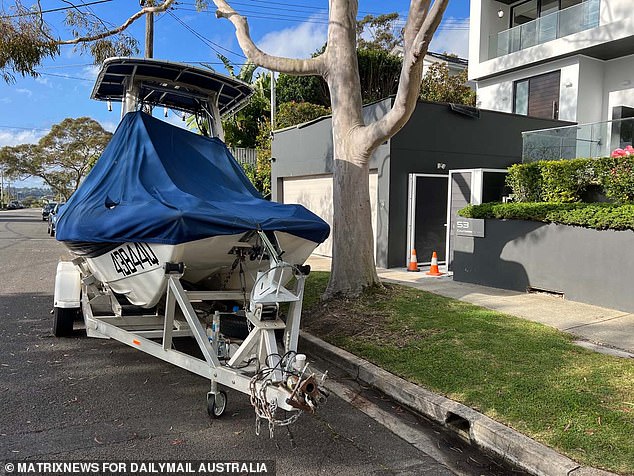 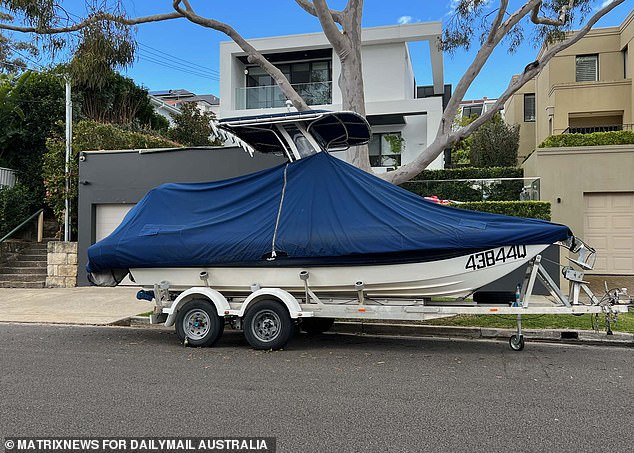 ‘Honestly you should read over the commotion this caused. Perhaps you people have a little too much spare time.’

The boat left locals divided with some saying Mr Lunoe’s post – which garnered more than 860 reactions – gives ‘insight into the minds of… rich people’.

‘Seriously just because you are blessed to live in one of the most expensive suburbs in Sydney doesn’t mean your entitled to never ever be inconvenienced in the slightest way,’ one reply read.

‘Actually it’s your boat park it outside your house or pay for a mooring. Common courtesy,’ someone else commented.

Ms Ong told Daily Mail Australia that neither she nor her husband had thought Mr Lunoe was planning to park his boat out the front of their house for five days. 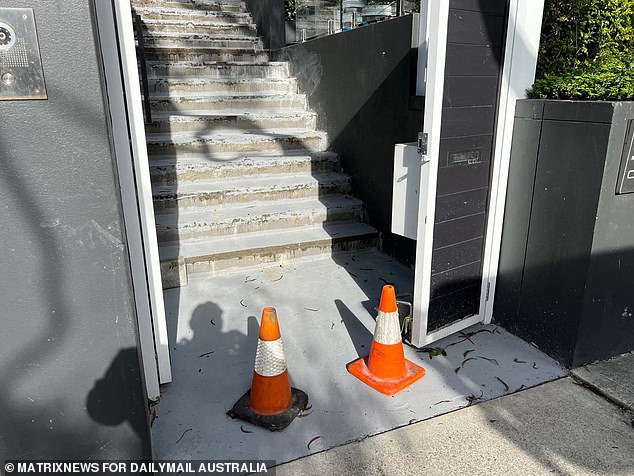 Pictured: Construction cones outside Ms Ong’s house, which has work being done on the front stairs

‘My husband thought he was only parking it for, like, a short bit and it wasn’t like it was going to stay here,’ she said.

‘Everyone just kind of assumed he was fixing something or doing something, but I guess that wasn’t the case.

‘He didn’t say that it was going to be five days. [If he did] my husband obviously would have said something.’

Ms Ong said she had ‘no beef with him – I understand everyone has to park their boats and trailers, and people have been parking them in the street – that is fine’.

‘My big problem was in driving in and out of my driveway, I couldn’t see and the bus stop is right there,’ she said.

‘They fly by and so I have to be really careful and I can’t see when I am getting out [of the driveway] with my kids.’

Ms Ong said she has been unable to use her garage as it is now filled with building supplies which could not be dropped off in the correct place.

She said she first contacted the council but they were unable to help so she decided to first try to personally track down Mr Lunoe instead.

Mr Lunoe, who lives in an apartment 2km away, bought his boat three months ago

However, while she felt her post was polite and reasonable, she said he seemed to be ‘very upset’ and ‘unfriendly’ towards her.

‘I wanted to find him to ask him and the only way I could was by making the post, but he took it offensively,’ she said.

‘I was very surprised the way he reacted towards us and we tried to talk to him over the phone and not make this ugly. It was obviously a misunderstanding. 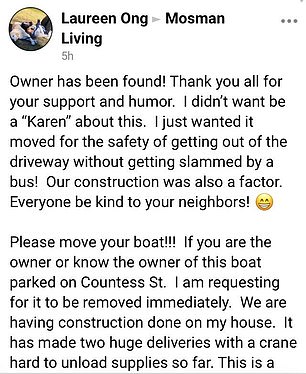 ‘But [the phone call] was just not pretty. He was not happy and said “your wife blew this all out of proportion”.’

Ms Ong said she spoke to Mr Lunoe on Tuesday and he agreed to move the boat later that night.

However, she said he texted her back to say he could no longer do it because of personal reasons but promised to do it the following morning.

As of 3pm on Wednesday, the boat had still not been removed and Ms Ong said she had not heard an update from him on when it would be collected.

Ms Ong said there were other areas on the street that were not blocking driveways where he could have parked.

‘He could just park it around the corner. There are spaces there where it is not obstructing driveways or bothering anyone,’ she said.

But Mr Lunoe, who lives 2km away from the parking site in an apartment, said he is not one of those people ‘who buy a boat and leave it there for six months’.

He said he was happy to move the boat, which he has owned for three months, but that it gets to him that ‘no one is polite anymore’.

‘All she needed to do was write “who owns this boat?” online,’ he said. 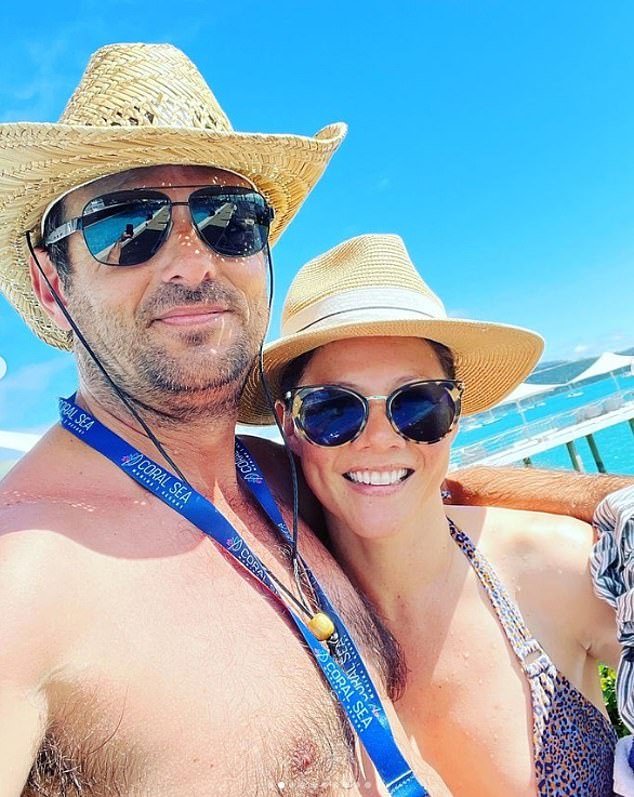 Mr Lunoe is seen during a sea-side trip

‘It caused an enormous stir.

‘If she had some building going on, I would have just come up to move the boat.

‘But everyone goes to 500% anger and acts in rather extreme ways, and the whole community gets involved with 600% anger.’

Mr Lunoe said he does not have a quarrel with the homeowners and is sure they are ‘nice’.

But he he believes we ‘live in a community which means people have to live with other people in mind’.

‘People more increasingly believe they should be able to live in a community but they should have a right to be upset if something is an inconvenience to them,’ he said.

‘You have to wonder, am I really inconveniencing someone for them to create an uproar when all they have to do is drive a little slower out of their driveway.’

Mr Lunoe said he told Ms Ong’s husband at the time of drop off he would pick his boat up sometime within the week. 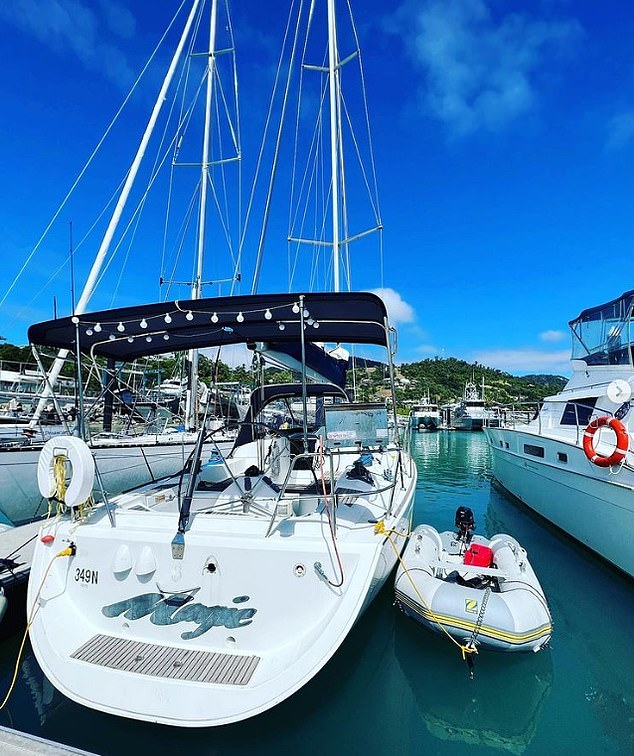 According to social media posts, Mr Luneo enjoyed a trip to the Whitsundays earlier this month, sharing a picture of a different boat

He claimed he has been contacted by ‘hundreds of people’ offering him support over the saga, and even council members had reached out asking for him to be a public advocate for misconceptions about legal boat parking in the area.

As of 5.30pm on Wednesday, Mr Lunoe told Daily Mail Australia he had collected the boat.

Registered boat trailers can be legally parked in a residential street for up to 28 days, but the issue remains controversial among Mosman locals.

Boats are commonplace in streets throughout the suburb which has a median home price of $5.3million, with Australian Bureau of Statistics data placing residents’ average weekly household income in 2021 at $2,892 a week.

In August, data from the ATO released by Canstar found Mosman was the sixth wealthiest suburb in the country. 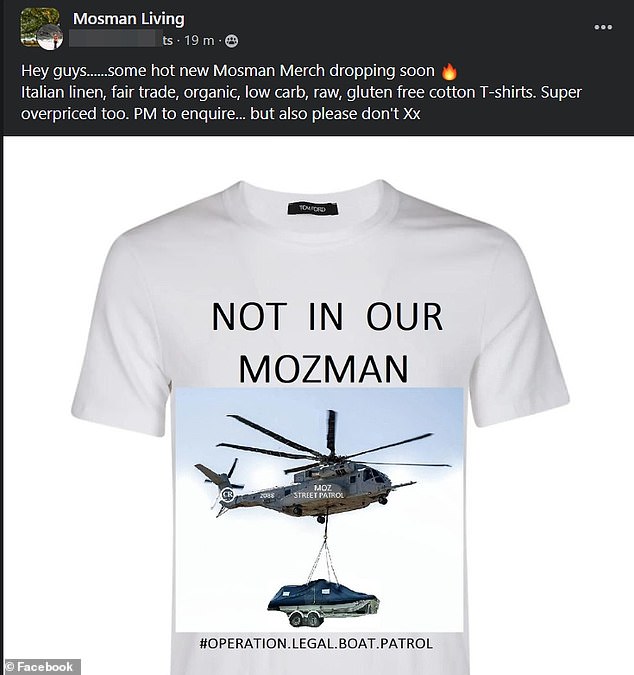 Pictured: A meme has since emerged online in response to the boat saga