Now the storm is responsible for an explosion in Texas’ mosquito population.

The stagnant flood water provides new breeding ground for potentially millions of mosquitoes, bringing new threats of disease with them.

Flooding may wash away some of the breeding pools, but the mosquito population is only expected to grow.

Tyler Bennett and a coworker captured cell phone footage of thousands of mosquitoes swarming them in Refugio, Texas.

Refugio, which has a population of about 3,000 people, is about 165 miles from Houston. No one in the town was injured by Harvey, but Refugio is currently without electricity and multiple people have lost their homes.

The men were wearing long sleeves and mosquito nets.

They can be heard saying they filmed the mosquitoes because photos ‘didn’t do it justice.’

‘Mosquito populations usually increase greatly after flooding,’ according to the Centers for Disease Control and Prevention.

Mosquitoes are the deadliest animal in the world and are responsible for the deaths of at least one million people a year, according to the World Health Organization. The majority of deaths come from malaria. 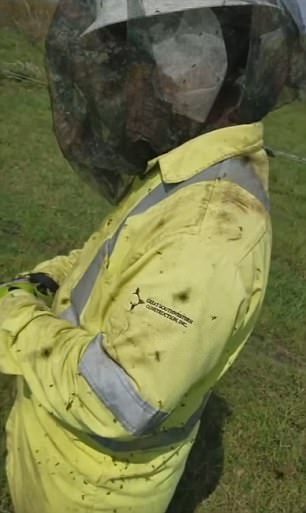 Mosquitoes swarm a worker in Refugio, Texas after Hurricane Harvey caused an explosion in the insect population 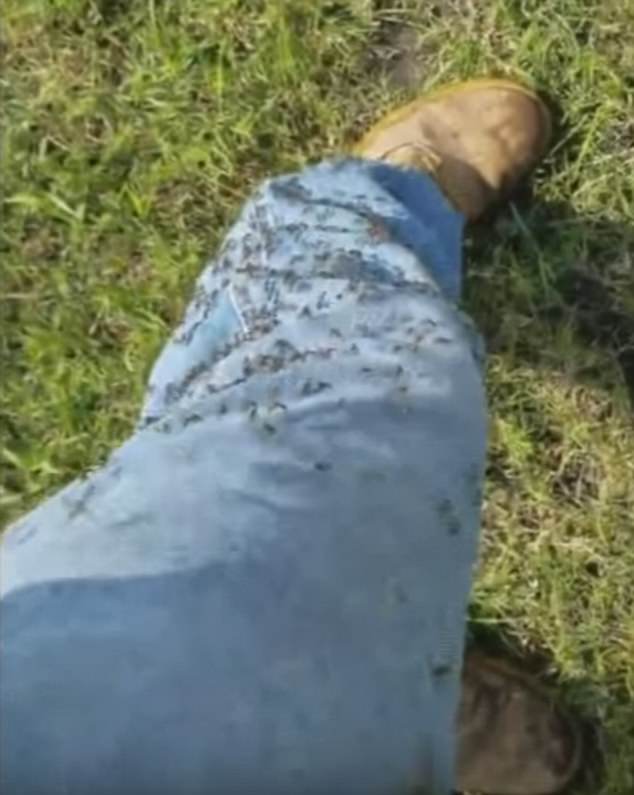 Bennett was also swarmed with mosquitoes while filming his coworker

Houston was already ‘the mosquito capital of the United States,’ Dr. Peter Hotez, dean of the National School of Tropical Medicine at Baylor University in Waco, Texas told The Hill.

Texas’ mosquito population was temporarily decimated by flooding, but due to the stagnant flood water and new breeding grounds it has bounced back in enormous numbers. 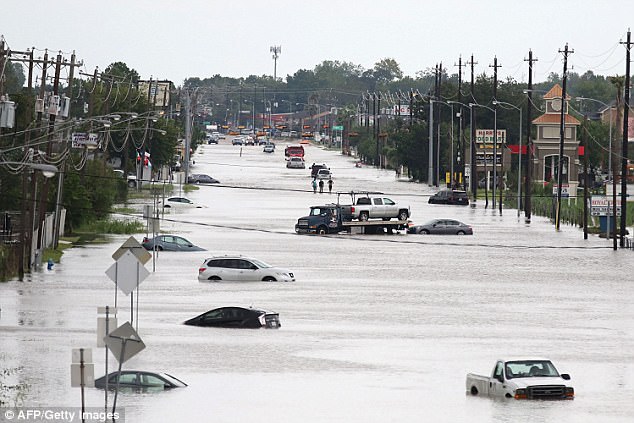 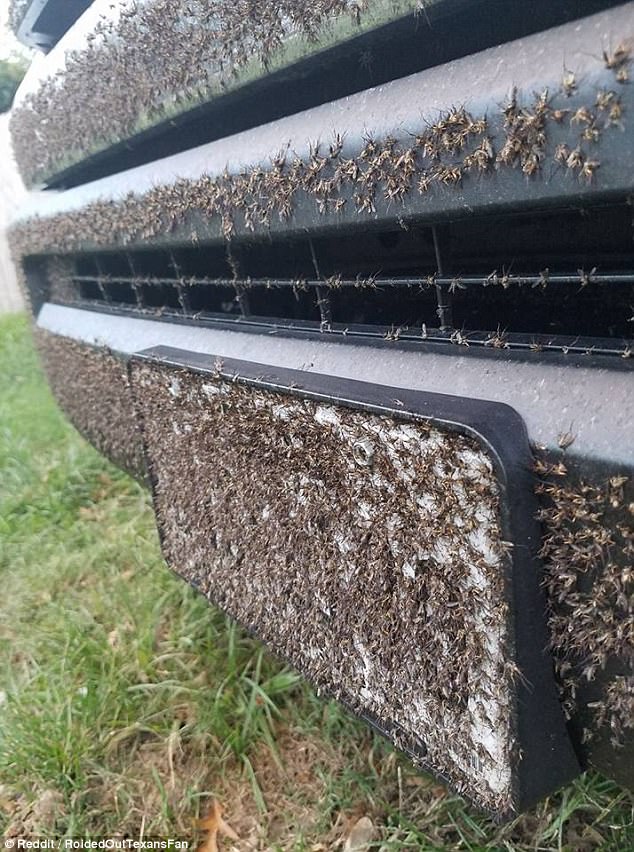 Pictured: Thousands of mosquitoes on a car in Texas

A study done one year after Hurricane Katrina in 2006 found that cases of West Nile virus had more than doubled in places that had been affected by the storm. 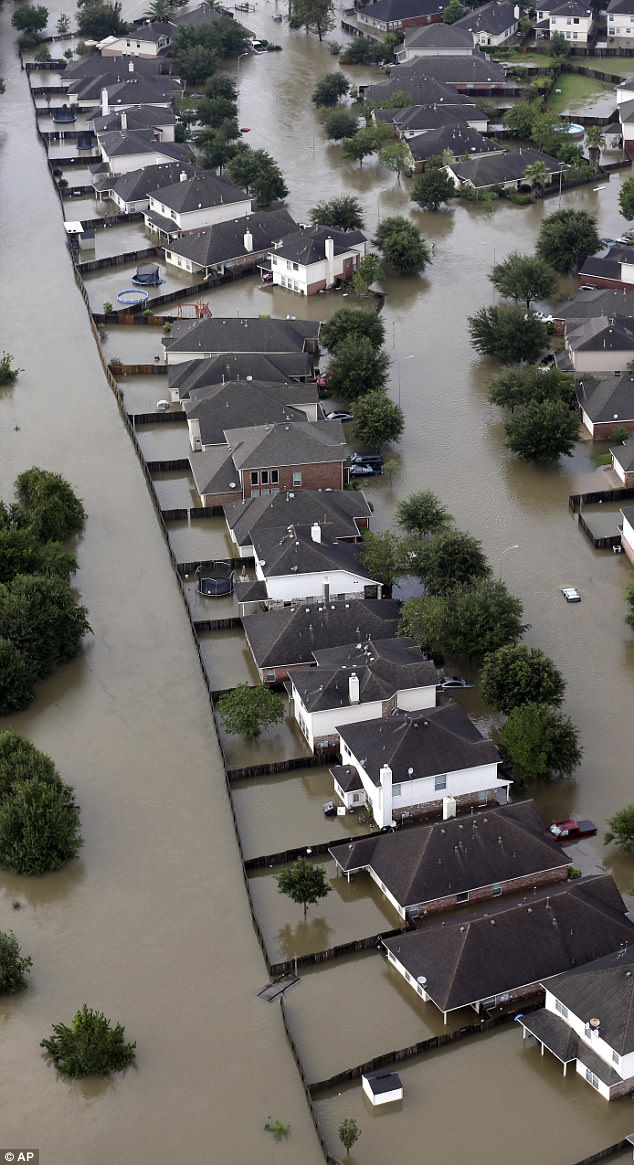 State officials said several dozen sewer overflows had been reported in areas affected by the hurricane. Above, flood waters in Spring, Texas on August 29 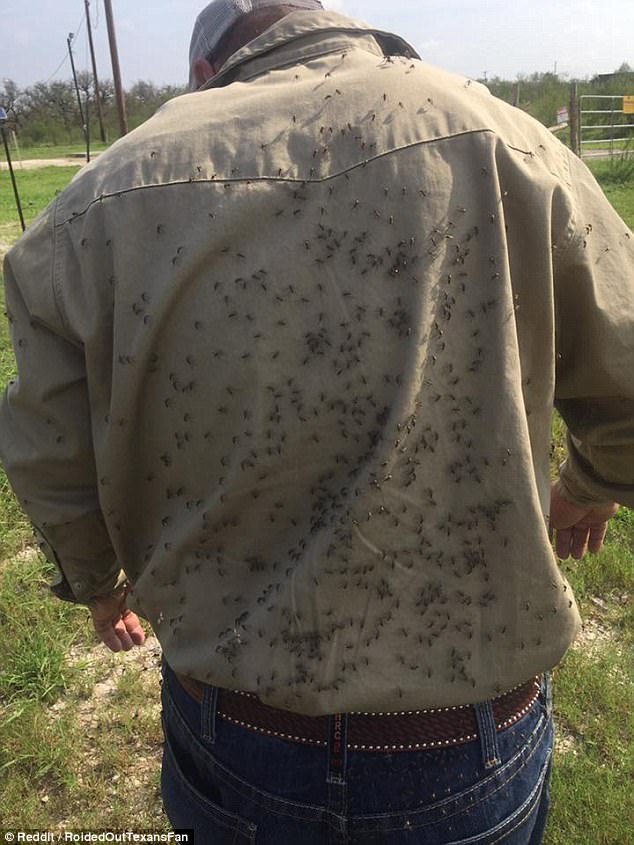 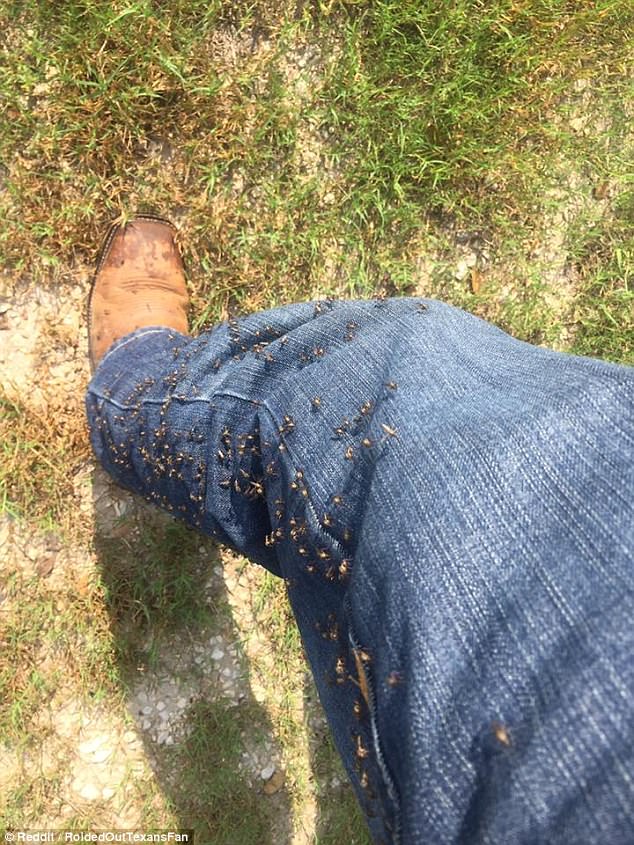 Texas had 370 cases of West Nile virus in 2016. It is likely there will be more this year due to the mosquito influx

HOW TO PROTECT YOURSELF FROM MOSQUITO BITES