Eight in 10 Brits have experienced a ‘sliding doors moment’ that changed their life forever, according to a new study.

A nationwide survey looked into the chance events and split-second moments that have changed the lives of millions of Britons, mirroring the movie of the same name starring Gwyneth Paltrow.

One in 20 claim they randomly came home earlier than expected and caught their partner cheating, while 19 per cent say they took a different route than they were meant to on a journey, narrowly avoiding a major traffic accident.

Eight in 10 Brits say they have experienced a ‘sliding doors moment’ which has changed their life forever. Pictured is a scene from the movie Sliding Doors, starring Gwyneth Paltrow

As many as eight per cent of those polled claim they forgot to buy a lottery ticket, only for their usual numbers to come up, while one in 20 believe they missed out on their dream job because traffic or public transport made them late for the interview.

A regretful 16 per cent admit they lost the phone number of someone they truly believe could have been the love of their life.

A further five per cent said that being late for a date ruined their chance of seeing the potential ‘one’ again.

The study of 2,000 Brits, by London North Eastern Railway (LNER), to mark the launch of its new digital travel update service, LNER Assistant, found that the ‘sliding door moments’ can also go in your favour, as 13 per cent have sat next to a stranger on public transport who then became a great friend.

In fact, as many as six per cent of those who took part in the study claim they ended up marrying someone they met randomly, in a split moment in time.

The research also revealed that 89 per cent believe in fate, with 93 per cent saying they have no idea that these moments – good or bad – are happening while they are occurring.

Three-quarters of people say they’ve been driven to tears when they’ve realised that something amazing had slipped through their fingers, and 77 per cent admitted to having regrets about the life choices they’ve made.

The study found lateness was a major factor in why people feel they have missed out, with 56 per cent saying they were regularly late. 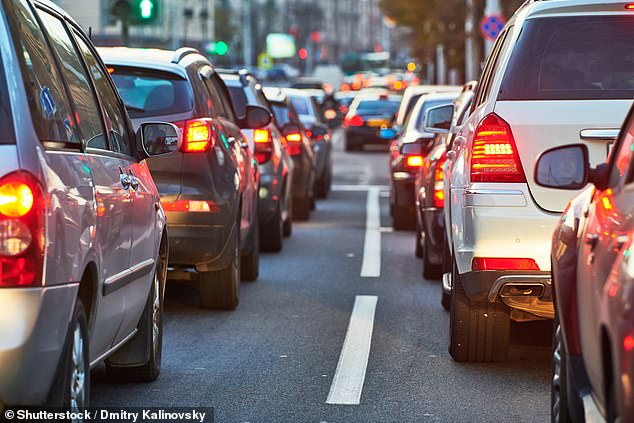 The study, carried out by London North Eastern Railway, found that one in 20 believe they missed out on their dream job because traffic or public transport made them late for the interview

Single moments can make a big difference to our lives, and more than half (54 per cent) of Brits believe their life would have been better if they’d taken the ‘other route’.

But 26 per cent believe that every decision is merely following the path that life set out for us.

And a relaxed 45 per cent say there is no point dwelling on what could have been.

Interestingly, older respondents were less likely to believe in fate, with 93 per cent of 16-to-29-year-olds buying into the concept, compared to just 85 per cent of over 60s.

And 96 per cent of the younger generation says they’ve had a ‘sliding doors’ moment, compared to just 81 per cent of over 60s.

Danny Gonzalez, chief digital and innovation officer at LNER, said: ‘It’s really frustrating when you miss out on something important, especially when it feels like a “sliding door” moment that could have been avoided.

‘With LNER Assistant, we are putting customers back in control, meaning that they’re less likely to have the next sliding door moment, whether that be a date, a job interview or any of life’s other “not to be missed” events.

‘It’s simply a case of checking your phone to get up-to-the-second real-time information on your train services, which can mean the difference between making the train or missing that important moment.

‘We’ve made sure to make these alerts available via Facebook Messenger as well as SMS and App notifications so that they work for our customers in a way that suits them.’

The movie Sliding Doors, which also stars John Hannah and Jean Tripplehorn, alternates between two storylines, showing the two paths Gwyneth Paltrow’s character’s Helen takes depending upon whether or not she catches a train.

In one path, Helen misses the train and stays with her boyfriend Gerry, unaware that he is cheating on her. In her other life, she makes the train, finds that Gerry is being unfaithful, and finds a new love.