A Buddhist teacher who is considered the most famous after the Dalai Lama has been accused of sexually abusing his female followers and keeping a harem.

Sogyal Rinpoche, 71, was for years adored and looked up to by many and his book The Tibetan Book Of Living And Dying sold more than three million copies.

But behind his fame and influence lay a dark secret.

The Tibetan is said to have surrounded himself with a ‘harem’ of beautiful young women upon whom he would inflict ‘sexual and emotional abuse’. 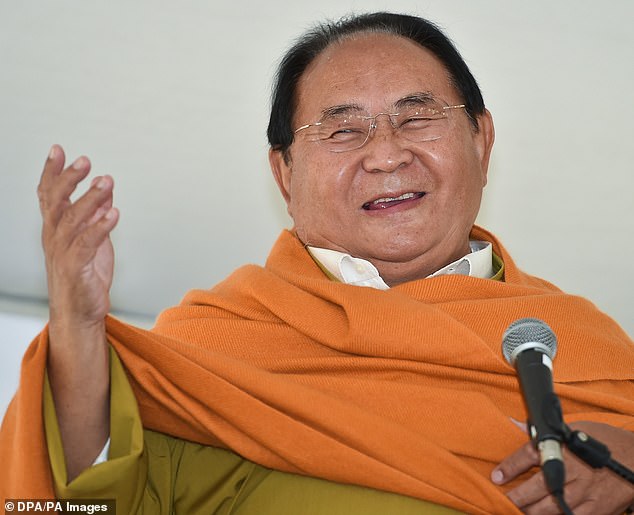 Sogyal Rinpoche (pictured), a Tibetan meditation master and teacher of the Nyingma tradition of Tibetan Buddhism, is now facing allegations of sexual misconduct 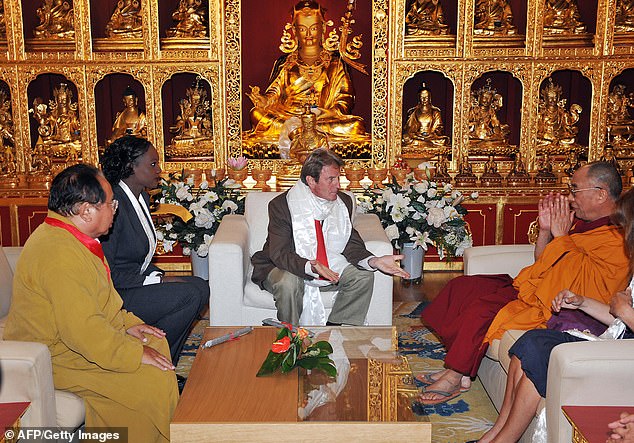 Tibetan spiritual leader the Dalai Lama (right) is seen here with Sogyal Rinpoche (left). The Dalai Lama is said to have disowned Rinpoche following news of the scandal 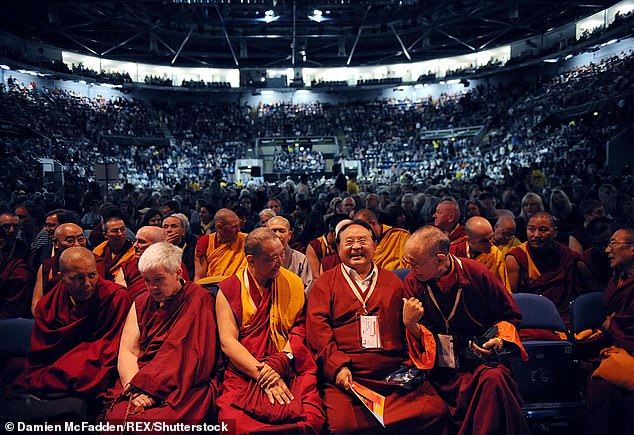 Some of his depraved requests reportedly included asking followers to wipe his backside and passing off unprotected sex as opening a path to enlightenment.

A scathing report released earlier this month revealed the extent to which many of his followers suffered ‘serious physical, sexual and emotional abuse’.

Commissioned by Rigpa – a Tibetan Buddhist meditation centre of which Rinpoche was spiritual head – and undertaken by law firm Lewis Silkin, the report highlighted some of the depraved acts his followers were asked to endure.

Ex-devotees of the Buddhist – who retired in 2017 after the allegations first came to light – have been speaking to The Sun about his behaviour.

One said: ‘Sogyal is part-tyrant and part-spoiled child. He seems to be addicted to sex, food, smoking and hitting.’ 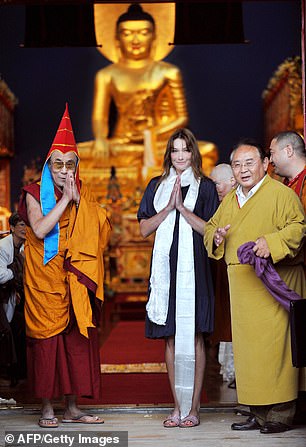 While another said: ‘Sogyal and the girls thought everything that went into him and came out of him was holy.

‘So the girls wiped his a*** for him. He liked to have work gatherings while he took a s*** with the door open. He also chewed his food then exchanged it with a kiss to the girls.’

The report by Rigpa comes just weeks before The Charity Commission launches an investigation into the handling of the scandal by the Rigpa Fellowship.

It labelled some of the allegations brought to light in the report ‘extremely concerning’.

The fellowship – which spans some 100 different centers across 40 countries – is now having to face up to the scandal.

A former follower of Rinpoche spoke to Canadian TV in 2011 about his behaviour – well before the scandal came to light.

She claimed the teacher had unprotected sex with her and said: ‘Look into my eyes, this is the moment you connect with your master.’

Rinpoche no longer has any role in Rigpa and the charity said it was sorry ‘for the hurt experienced by past and present members’. 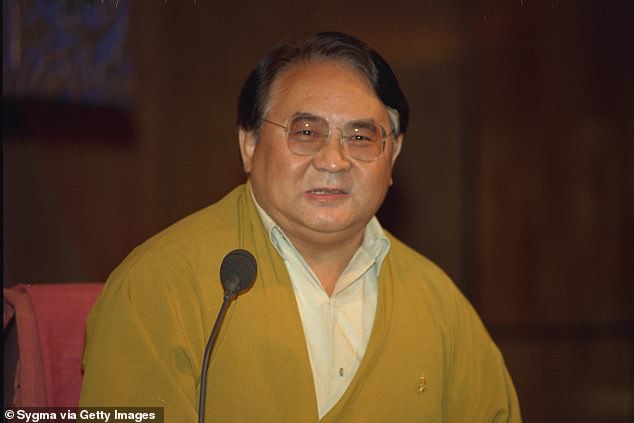 Rinpoche (pictured) is said to have inflicted upon some of his followers ‘serious physical, sexual and emotional abuse’ 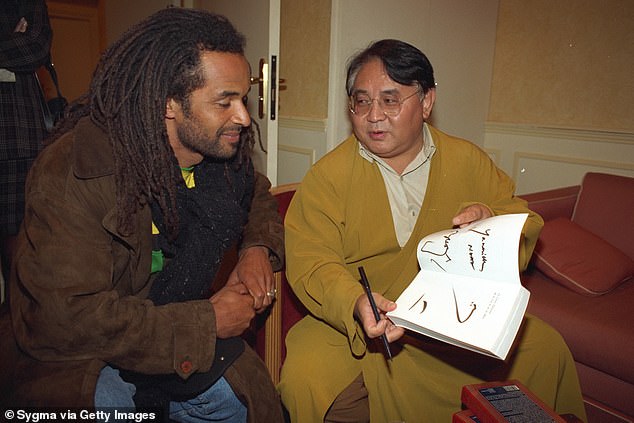 Despite being disowned by the Dalai Lama himself, Rinpoche – who is believed to be in Thailand – has spoken out following the recent report.

In a letter to law firm Lewis Silkin he said: ‘Whatever I have said or done when interacting with my students has been with the aim of helping them to awaken their true inner nature.

‘Nonetheless, I see this intention has been misunderstood and my actions have been judged otherwise.

‘For some, this way of training may not have had the desired outcome.

‘I must accept my own responsibility in this, and apologise to anyone who feels this way.’