Most popular spots for first-time buyers using the Lifetime Isa

Bristol is the most popular spot for buyers purchasing their first home with the help of a Lifetime Isa in 2019, This is Money can reveal.

A total of 380 homes were bought in the west of England city, according to Skipton Building Society, the first provider to offer the Government-backed savings scheme.

The next most popular locations for first-time buyers were Birmingham, Manchester and Leeds, all of which saw at least 300 homes purchased using Skipton’s Lifetime Isa last year.

Bristol harbourside at sunset. The west of England city was the most popular place for first-time buyers using a Lifetime Isa in 2019, and has an average house price of £317,000

Rounding up the top five is the Berkshire town of Reading, which saw 283 homes bought, while both Glasgow and Edinburgh are also among the most popular spots.

The average first-time buyer bought a home worth £248,000 and was aged 32, according to Skipton’s figures exclusively given to This is Money.

This is £32,000 more than the average UK house price, which rose 2.3 per cent year-on-year in February, according to Nationwide Building Society’s latest house price index.

London does not appear in the top 10. This is in contrast to the Lifetime Isa’s predecessor, the Help to Buy Isa, which between December 2015 and June 2019 saw the most homes bought using it located in the London postcodes of Croydon and Waltham Forest. 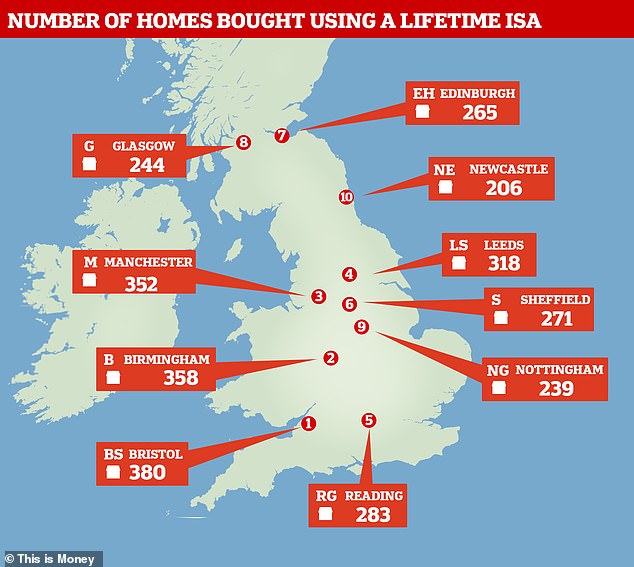 The most popular spots for first-time buyers using the Lifetime Isa to buy a home in 2019. The Lifetime Isa adds a 25% government bonus onto savings of up to £4,000 a year

However, despite the exclusion of the capital it is unlikely the most popular locations will come as a great surprise, and indeed some spots have been the most popular for both sets of savers.

For example, Glasgow, Sheffield, Birmingham and Edinburgh were all among the 10 most popular postcodes for first-time buyers using the Help to Buy Isa, as was Broxtowe, which is just to the west of Nottingham.

Nottingham came in at number nine in Skipton’s list, with 206 buyers opting to purchase first homes there.

While the Lifetime Isa has been offered by fewer banks and building societies than its predecessor, it has still proven an effective way for first-time buyers to save towards a home. 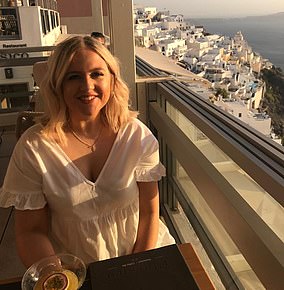 Emma Carmody bought her first home with the help of a Lifetime Isa after putting a quarter of her salary away each month for two-and-a-half years.

The 27-year-old, who works in HR for retail giant Amazon, moved back to Bristol, where she’s from, after renting in Manchester with her boyfriend.

While most Skipton customers deposit £4,000 in one go each year in their Lifetime Isa, she said she transferred a proportion of her salary each month, as otherwise she would ‘definitely have ended up spending the money’.

She said earmarking the savings that way was a ‘good way of disciplining myself’ and got her into a routine.

Though she didn’t need to drastically cut back on anything while saving, she said she made sure she had a budget both for her essential living costs as well as a ‘fun budget’, and then made sure to set aside a set amount towards her house each month. 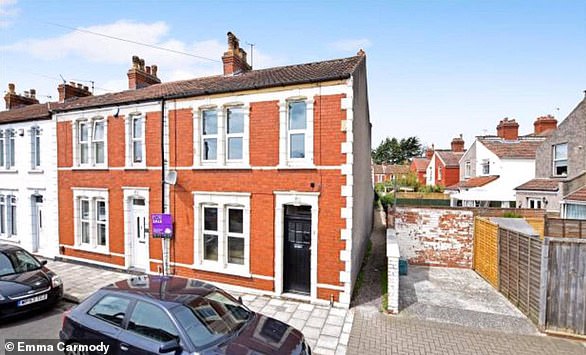 Emma Carmody bought this three-bedroom terraced house in Bristol in October 2019. She told This is Money she planned to spend the weekend painting one of the bedrooms

She said she opened a Lifetime Isa with Skipton and began paying into it within months of starting work at Amazon in 2017.

She opened it after some advice from her dad, and said the idea of saving towards a first home had been ‘ingrained’ from a young age by her parents and grandparents.

While she ended up buying in Bristol, she said when she was saving towards a house she initially considered buying a flat in Manchester, where she was living at the time, as house prices were cheaper.

But she said that as a lot her friends and family were living in Bristol, the news that Amazon, who she has worked for since graduating university, was setting up a site there was almost ‘too good to be true’.

The three-bedroom terraced house in Bristol she ended up buying for £270,000 in October last year, she admitted, was ‘literally the first house I saw. I walked in and I thought it was the one’.

She said she looked around five other houses but kept coming back to this first one, came back again to look at it with her parents and then put an offer in at the end of June 2019, picking up the keys three-and-a-half months later.

She told This is Money the ‘free money’ savers can get with the Lifetime Isa made it definitely worth opening, ‘even if you only pay in £50’, and said it helped her focus on the end goal of buying her first home.

The average house price in Bristol was £317,598, according to property website Rightmove.

Some £100.6million in government bonuses were handed out to its Lifetime Isa holders last year, according to Skipton’s figures.

Jen Lloyd, savings expert at Skipton, said: ‘Lifetime Isa property purchases may be higher than those made with the Help To Buy Isa due to age – as the average age at purchase varies by four years, and a number of life changes can occur during that time.

‘Lifetime Isa savers may be further down their career paths, so they are likely to earn, and therefore save more.

‘Those in their early thirties are statistically more likely to have children, or be in the process of planning a family, which may require a larger property, hence the slightly higher price.’

The average saver took 560 days, or around 18 months, between opening a Skipton Lifetime Isa and purchasing their first home, with the average balance sitting at £5,619, just over a full year’s contributions.

David Hollingworth, from mortgage broker London and Country, said: ‘It’s difficult to be sure whether increased use in London will gradually feed through, as more buyers build up a deposit sufficient to buy in the capital.

‘The Lifetime Isa must have been open for at least 12 months to qualify for the bonus so that may contribute to the larger amounts that the Skipton figures are showing and could indicate that further growth in use could yet feed through.

‘Additionally, whilst the Help to Buy Isa allowed savings of up to £1,200 in the first month and subsequent deposits of up to £200 a month, the Lifetime Isa enables savers to put away as much as £4,000 a year. 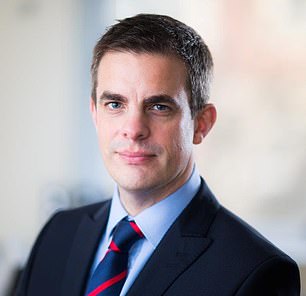 ‘That could give more flexibility for savers that are able to put more cash away and therefore allowed for some bigger pots to have accrued sooner.

‘The timing of the Help to Buy Isa bonus saw some criticism that it wasn’t available as a deposit to be paid at the point of exchange but that should not have presented an insurmountable problem.’

Savers can make contributions whenever they want but incur a 25 per cent penalty if they try and withdraw money other than for buying their first home or after they turn 60.

It was launched in April 2017 and has replaced the Help to Buy Isa, which also paid a 25 per cent government bonus and closed to new applicants at the end of last November.

Between 2015 and September 2019 the Government handed out more than 370,000 bonuses worth £358.14million, according to the most recent figures from the taxman.

Hollingworth added: ‘As there has been some crossover of the Lifetime and Help to Buy Isas it could suggest that aspiring first time buyers have been saving into the product that meets their needs more appropriately.

‘With the Help to Buy Isa being the first account available and many likely to find £200 a month more than adequate to meet their saving ability it will be interesting to see if the dynamics shift for the Lifetime Isa over time, and whether those initially able to save bigger amounts may have so far been drawn to the Lifetime Isa, rather than Help to Buy.’

While those who hold Lifetime Isas are able to drip feed in savings whenever they want provided they don’t pay in more than £4,000 in a tax year, the majority of Skipton customers paid in just once a year and paid in the full £4,000.

This suggests savers are only depositing money they know they can afford to put towards a house, so they don’t incur a penalty by having to withdraw the money.

Lloyd added: ‘Our data shows that these large sums are being saved smartly. Most Lifetime Isa savers pay in the £4,000 figure in bulk at the end of the tax year, allowing them to secure the maximum 25 per cent bonus without locking their funds away before they have to.

‘They’re clearly making a cleverly calculated choice here, as it shows they are aware of the Government penalty for early withdrawal and are taking proactive steps to avoid it’.

Overall, 186,832 Lifetime Isas have been opened with the building society since Skipton launched it in June 2017.

According to the latest statistics from HMRC, 166,000 Lifetime Isas were opened in the 2017-18 tax year, the first year it was available.

Other banks and building societies which offer a cash version include Nottingham Building Society, Moneybox, Newcastle Building Society and Paragon Bank, though for more than a year Skipton was the only provider to offer one, meaning it is likely to hold far more customers than the others mentioned.