Mother, 25, arrested after two of her three children drown in locked SUV that rolled into a creek

Mother, 25, is arrested after two of her three young children drowned when she locked them in her SUV that rolled into a Mississippi creek while she shopped

Jenea Monique Payne, 25, was charged on Monday after two of her three young children drowned when she left them locked in a car and it rolled into a creek in Leland, Mississippi

A Mississippi mother has been arrested after two of her three children drowned when she left them in a locked car and it rolled into a creek.

Jenea Monique Payne, 25, was charged on Monday with two counts of negligent homicide and one of child neglect after her children died in Leland on Saturday.

Payne told investigators she parked her car outside a convenience store and left her children for five or 10 minutes while she went inside.

Steve Smith, 4; Raelynn Johnson, 2; and one-year-old Rasheed Johnson Jr. were locked inside when her white Nissan Pathfinder rolled into a nearby creek.

Payne said the vehicle was already in the nearby creek when she came out.

The two-year-old girl was rescued as Payne’s SUV floated downstream but the two boys drowned in the vehicle. 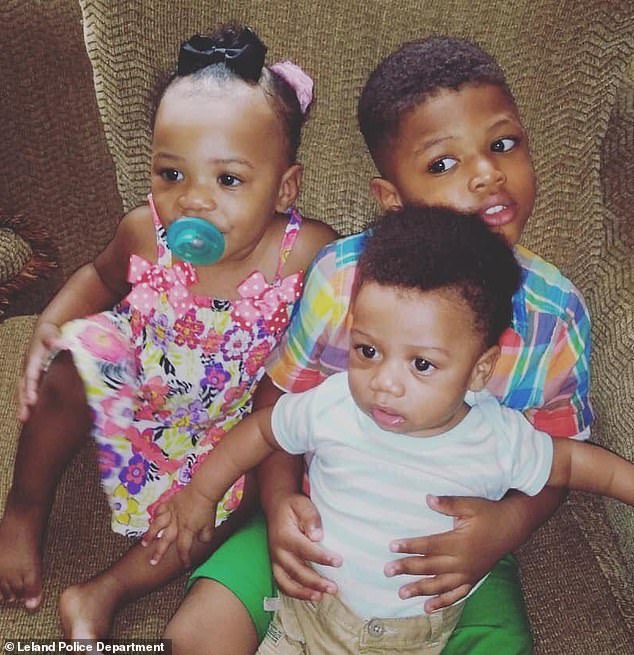 Jenea Monique Payne, 25, told police she locked her three children – Steve Smith, 4; Raelynn Johnson, 2; and one-year-old Rasheed Johnson Jr. – in a car in Leland, Mississippi on Saturday when she went into a nearby store

Davis said investigators believe the four-year-old put the keys in the ignition, turned the car on and put it in neutral, causing it to roll into the creek.

He could not explain why Payne would have left her sleeping children in a locked car with the keys inside or how the four-year-old could have reached the brake to depress it in order to crank the SUV.

When police were called to the scene on Saturday evening they found the car floating down the creek with the three children still trapped inside.

Their mother had jumped into the creek with several first responders to try and break the car’s windows.

They were able to pull Payne’s two-year-old daughter from the car. 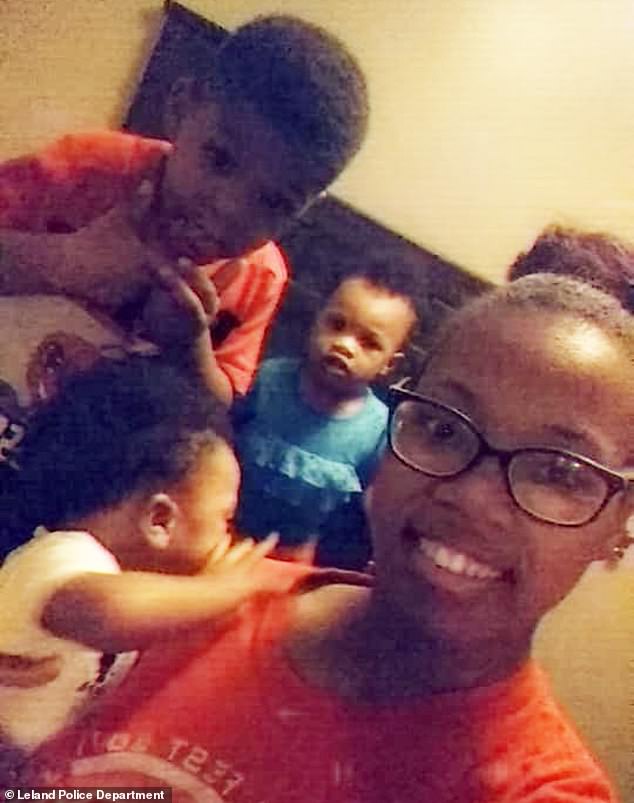 Payne, pictured with her three children, jumped into the water with first responders to try and break the car’s windows. They were only able to save her two-year-old girl before the car was swept away 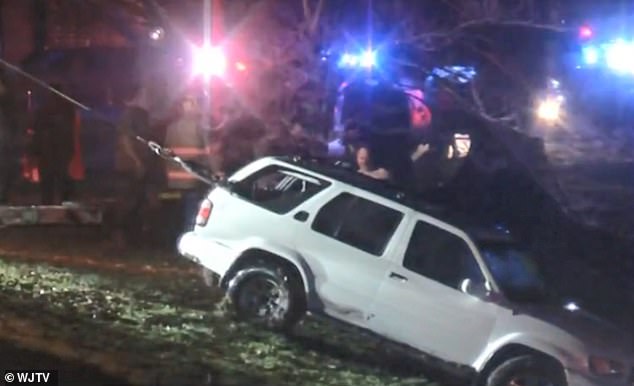 The bodies of the two boys were found in the vehicle when it was retrieved from the creek about two hours later. Photo courtesy of WJTV

Police said those who jumped into the creek only managed to rescue the girl before they had to swim to safety.

The vehicle then drifted further down the creek before sinking.

The two children were found inside the car when authorities were able to retrieve it from the water.

The Washington County Coroner pronounced the two boys dead at 8.37pm, according to police.

Leland Police reviewed surveillance video from the convenience store before the mother was charged.

The case was forwarded by police to the district attorney to determine if charges should be brought.

Payne told police she had parked her car outside a convenience store (left) and went inside for about five to 10 minutes. She said the vehicle was already in the nearby creek (right) when she came out