Mother, 28, denies having sex with an ex-policeman in a car outside a primary school

Kayley Powell, 28, (pictured) is accused of having sex with an ex-policeman in a car as she collected her child from a primary school

A mother accused of having sex with an ex-policeman in a car as she collected her child from a primary school has claimed she was ‘just having 40 winks’.

Kayley Powell, 28, said John Steward, her mother’s ex boyfriend, had been leaning over her to the put the back seat up while she rested her eyes.

The mother claims her she was shattered because she is anaemic and ‘had been working from 9:30am’.

Powell and Steward, 62, allegedly romped on the driver’s seat of the Citroen Picasso as it sat beside other cars near the school gates on February 22 last year.

Onlookers claimed the couple were ‘grinding and thrusting’ until the headmistress of Springhead Infant and Nursery School in Oldham, Greater Manchester, tapped on the window after being alerted by a parent.

Steward was said to have suddenly jumped back into the passenger seat and when asked what was going on he and Powell both replied: ‘We are doing nothing.’

Steward was then seen to be ‘visibly shaking’ and smoking a cigarette while Powell told a pastoral care worker: ‘If anything has been going on I am 27. I’m an adult.’

Both were later reported to police.

At a hearing at Minshull Street Crown Court, in Manchester, Powell, from Oldham denied any wrongdoing.

She said she’d been doing the school run with Steward after the pair carried out  renovation work on a home together as part of their family-run property development business. 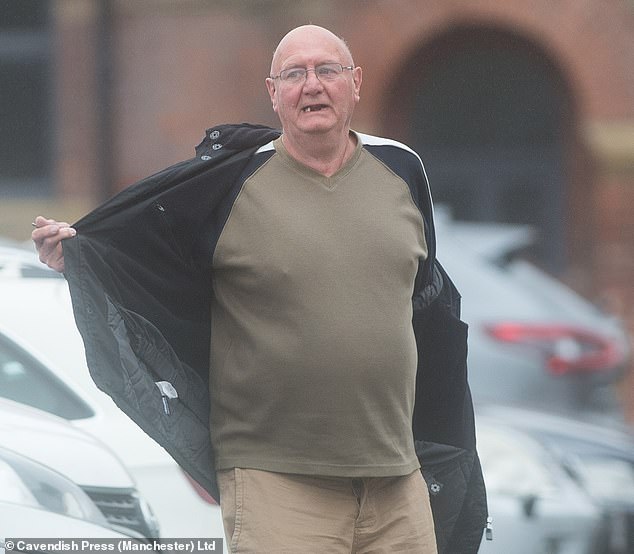 Powell claims John Steward (pictured), her mother’s ex boyfriend, had been leaning over her to the put the back seat up while she rested her eyes

The court heard that morning Steward had folded the rear seats so they could put unwanted items from the house in the boot of the car.

Later at then time of the school run, he was trying to put the seats back up again so Powell’s son could get in the rear of the car, Powell claims.

Describing Steward as a ‘father figure’, Powell told the hearing: ‘I couldn’t see exactly what John was doing with the mechanism because I was facing forward and he was leaning between the two seats into the rear of the car – it took him four or five minutes.

‘At that one point I shut my eyes for 40 winks, I was resting my eyes i didn’t fall asleep and then I had a cigarette, he might have brushed his arm against me but I didn’t feel it.

‘I was about to leave the car to pick up my son when I saw the headteacher coming up the path walking in a different direction to everybody else. 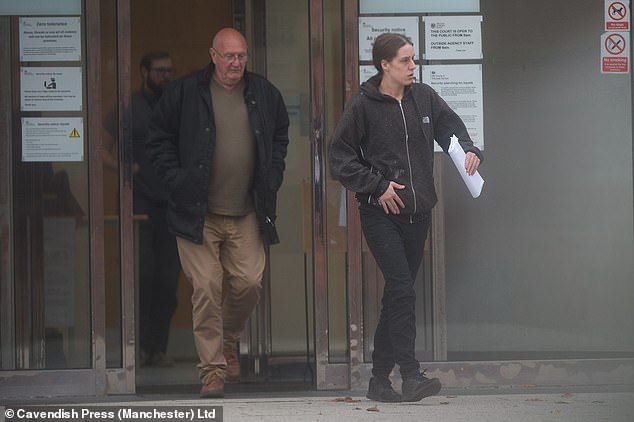 ‘The headteacher tapped on the window and asked me if I was OK, asked who I was and I said: “I’m Kayley”.

‘She asked who John was and I said, “He is my dad” and she said: “We have had reports something inappropriate is happening in this car”.

‘I just laughed but I was placed in a small family room at the school with my son’s pastoral support worker. She said I could go but said I wasn’t allowed to take my son with me so I decided to stay at the school. 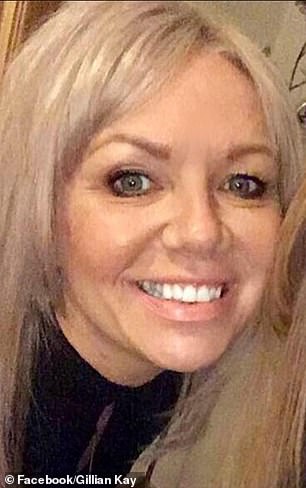 ‘I only found out what the report was after the police had been called. The headteacher came into the room and asked me what had gone on and then I said: “I’m an adult I’m 27 I’m not doing anything wrong”.

‘I am anaemic and I had been working from 9:30am – I was tired I just wanted to rest my eyes. I was actually ready to get out of the car. Again I’ll tell you we weren’t up to anything.’

Steward, a police officer for 27 years and a governor at Alt Junior School in Oldham between 1991 and 2001, told the jury: ‘I was unfolding the back seats to the normal position and I was leaning between the front two seats which would be the driver and the passenger side.

‘I lifted my body over the gear stick and then reached down to release one of the mechanisms from the rear seat. I used my left hand to move the seat behind Kayley and I leaned over and released the catch in the bottom.

‘I didn’t use a great deal of force but it needs a positive push down, that is this side immediately behind the passenger side, something else would need to be down if you wanted to bring the back of the seat up. 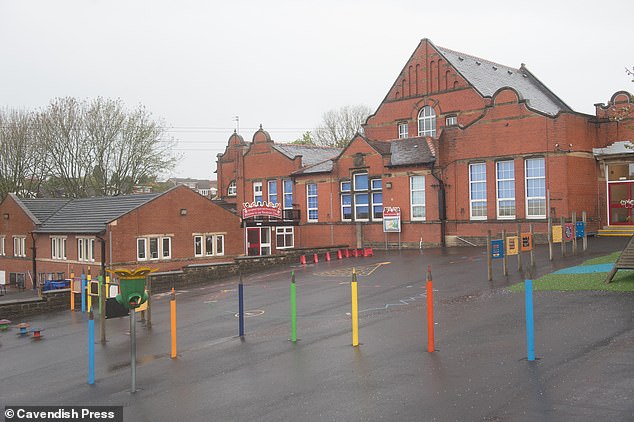 ‘I’m 16 stone so me moving around the car would cause movement, there would be a perception of moving the vehicle. Kayley’s son needed to sit in the back seat.

Powell and Steward both of Oldham deny outraging public decency. The trial continues.