Mother, 29, reveals the exact diet and type of BREATHING she followed to get her bikini body back

Surfer, 29, reveals how ‘special BREATHING’, HIIT and a vegan diet helped her sculpt the bikini body of her dreams after birth – and shares the workout regime she swears by

A first-time mother has explained how a special kind of breathing, HIIT workouts and a strict vegan diet have transformed her post-baby body.

Professional surfer Alana Blanchard, who lives between Kauai, Hawaii, and Queensland, Australia, with her boyfriend Jack Freestone, gave birth to their son Banks Harvey in 2017.

Two years later the 29-year-old has shared her daily workout regime and diet on YouTube, crediting plant foods and Les Mills fast-paced exercises for making her fitter than she has ever been. 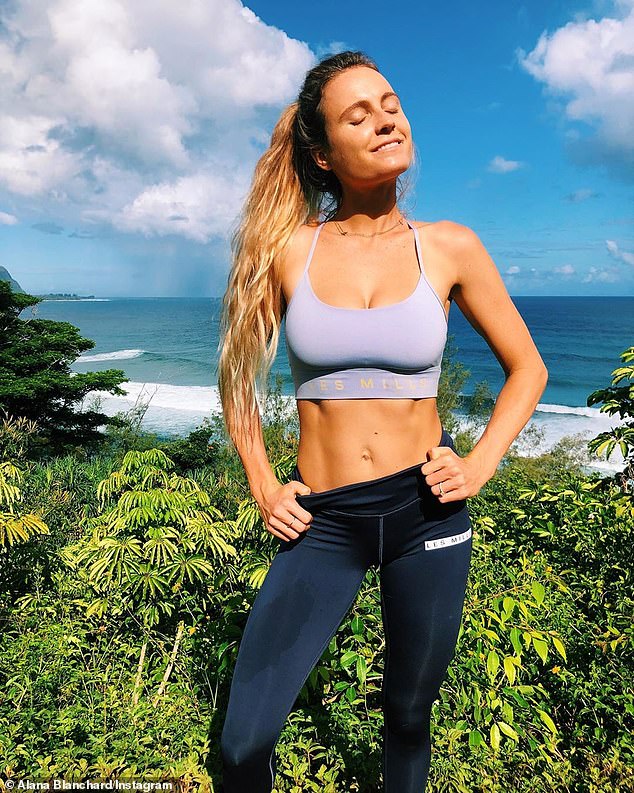 ‘Being on a vegan diet has helped me so much. I don’t really have to think about calories or stress about how much I’m eating because plant-based diets are generally low in calories,’ she said.

If she wants to ‘slim down’ Alana concentrates on green smoothies, big salads and gorging on fruits and vegetables.

During the day she’ll complete some hypopressive breathing exercises, which she calls her ‘natural waist cincher’.

‘I’ve been doing this since Banks was born. It helps with your pelvic floor, lower back issues and targets those deep abdominals that you kind of lose during pregnancy,’ she said, demonstrating for the camera. 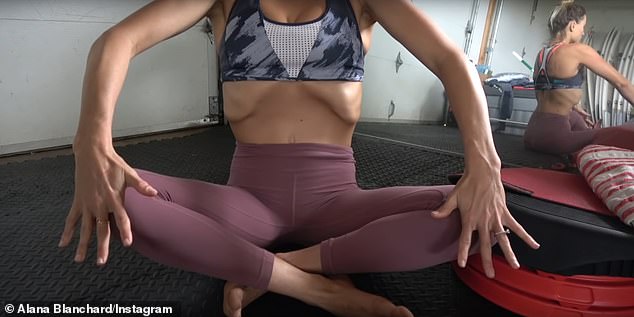 According to B-Wom, hypopressive breathing involves contracting your abdominal muscles after breathing out.

‘After fully exhaling you lift your organs up into your rib cage without breathing in and then hold the position for a few seconds before relaxing. You would then breathe back in,’ the website read.

Alana said every time she tries the breath work she notices an immediate difference in her abs and waistline. 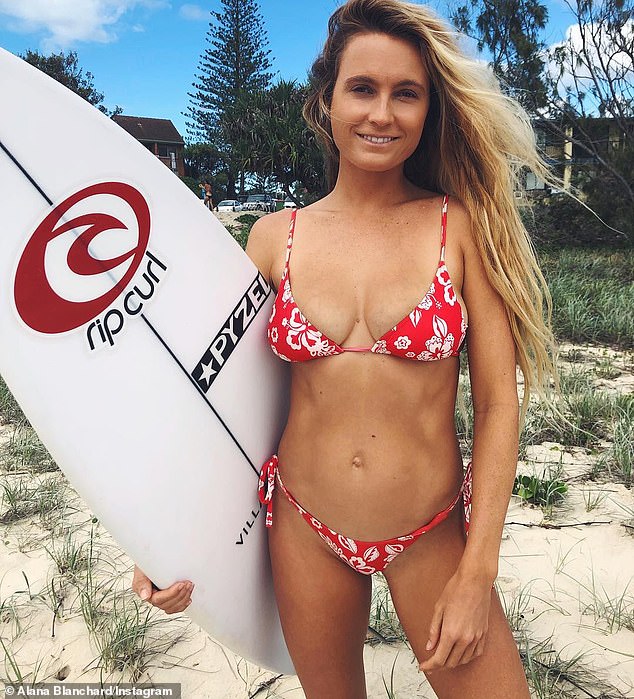 She compliments this regime with high intensity interval training courtesy of the Les Mills app on her phone.

Usually she will do an exercise at maximum effort for 50 seconds before relaxing for 10 seconds, doing this for as little as 12 minutes or as long as 30 minutes.

These are completed four or five times a week alongside her regular surfing schedule.

What are the benefits of hypopressive breathing?

* Decreasing back pain: These abdominal exercises improve back posture thus helping to prevent back pain.

* Reducing the waistline: Hypopressives reduce the diameter of the waist and strengthen the abdomen without damaging the pelvic floor.

* Preventing disc and abdominal hernia: It improves the tone of the pelvic area without straining the neck and lumbar, which often happens using the traditional abdominal exercises.

* Treating and preventing urinary incontinence: These exercises strengthen the pelvic floor to prevent leakage and strengthen the abdominals to help relieve the pressure on the area.

Her final tips are to drink a ‘tonne’ of water each day to boost your metabolism and be kind to your body in the first few months after giving birth.

Alana is best known for surfing on the ASP World Tour as well as being involved in the design process of Rip Curl bikinis.

She has a net worth of $2million.