Mother, 36, who shook her baby causing brain injuries avoids being sent to jail and is allowed to keep the child

A mother who shook her baby so violently she left him with brain injuries, has today avoided a jail sentence and been allowed to keep the child.

The woman, from Newport, dialled 999 when her son became ‘ashen-faced and listless’.

The 36-year-old, who was battling with depression, claimed her baby had been unwell for days before finding him not breathing in his cot.

But medical experts diagnosed the child had suffered an abusive head trauma caused by shaking.

The mother, who cannot be named to protect the identity of her child, now aged three, gave a ‘no comment’ interview to police and later denied a charge of causing grievous bodily harm.

But she changed her plea to guilty and was today given a 15-month jail sentence suspended for a year.

Cardiff Crown Court heard the baby has made a good recovery and has been returned to his mother and is ‘thriving’ in her care.

The child is ‘no longer a babe in arms’, approaching the age of four and about to enter the school system. His father was in court during the two-day hearing.

The mother has been signed off work since the incident, causing her to get into arrears with her mortgage.

Prosecutor Matthew Cobbe told the court the baby needed CPR when paramedics arrived at the family home in near Newport.

He said: ‘The injury sustained is consistent with shaking, no other explanations have been offered that could explain the injuries sustained.

‘Only the defendant can know the degree and duration of shaking involved.But it was shaking to a level that would have been obviously inappropriate to an independent bystander and would be likely to cause injury.’ 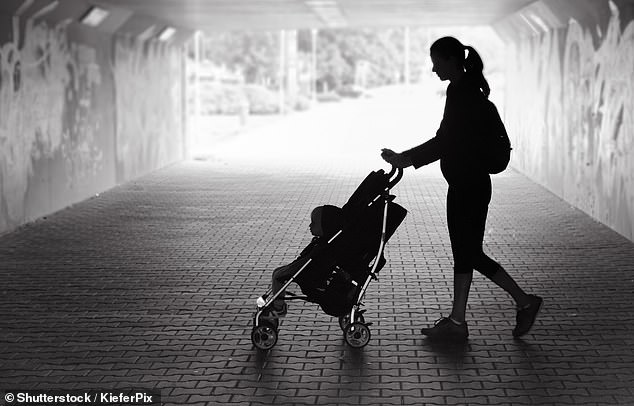 An MRI scan found the baby had subdural haematomas, condition where blood collects between the skull and the surface of the brain, injuries to the deeper tissues of the brain and eye haemorrhages.

Consultant neuroradiologist Dr Neil Stoodley, who examined scans of the baby’s brain and spinal chord, said in his report: ‘All the abnormalities are explicable by an episode of abusive head trauma, the likely mechanism being shaking.’

The mother was given six months to pay court costs of £1,800.

Kelly Huggins of the Crown Prosecution Service said after the case: ‘The mother originally denied any responsibility for the injuries discovered, but through detailed medical reports obtained by the CPS we were able to demonstrate the cause of injury.

‘Faced with the strength of expert evidence the defendant eventually accepted her guilt.’